AppleInsider
Posted: November 5, 2016 9:47PM
in iPhone
Apple has enhanced its iOS accessibility features for users with hearing impairments, adapting its enhanced Bluetooth-based streaming to Made For iPhone hearing aids while introducing Live Listen, a feature that uses an iPhone's mic to focus on conversations in loud environments.

Apple first introduced MFi support for Bluetooth hearing aids in iOS 7 and iPhone 4s. Its latest software expands support for direct streaming of phone calls, FaceTime conversations, movies and other audio to supported hearing aids, without the need for a middleman device known as a "streamer."

Apple has worked with a series of hearing aid manufacturers to enable advanced Bluetooth streaming support, as detailed in a support page.

New iOS 10 hearing aid features integrate device battery life and independent base, treble, right and left volume controls, and supports audiologist-designed presets for handling sound from concerts or restaurants. Using geolocation, devices can even automatically recognize when the user walks into, say, a Starbucks, and their hearing aids can adjust automatically. It also supports a "find my hearing aid" feature.

Apple's integrated bundling of an audio streamer for users with hearing impairments is similar to its previous introduction of Voice Over, the screen reader technology introduced for iPods, the iOS devices and Macs.

By building such accessibility features into the OS level for free, third party developers can take full advantage of Apple's screen reading and streaming technologies because they know they will be available on every device. Previously, users with disabilities had to buy a bolted on solution that required specialized support from app developers. 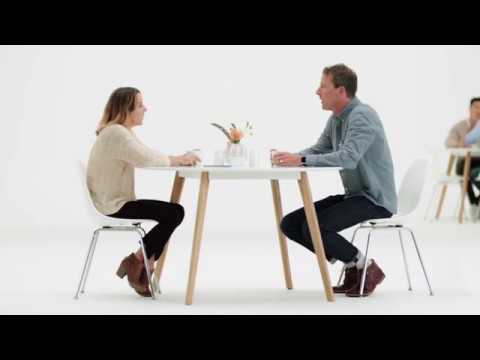 In addition to supporting audio originating on the phone, the new Live Listen feature (above) also allows users to relay focused audio picked up by the iPhone's mic, enabling clearer conversations when in a loud environment.

In a report for CNET, Shara Tibken detailed how individuals are taking advantage of Apple's latest accessibility technologies to remain productive and erase barriers.

Tibken noted that Google doesn't offer similar streaming support built into Android. The company is stymied to deploy Apple's level of tight integration across Android devices because it has no control over the hardware features its partners chose to support in their own phones making use of some version of Android software.