AppleInsider
Posted: August 21, 2017 1:08AM
in General Discussion edited January 26
Alpine's newly released iLX-107 is the first infotainment system to boast wireless CarPlay compatibility, allowing users to listen to tunes, navigate, interact with Siri and more without a Lightning cable. AppleInsider went hands-on with the receiver and came away greatly impressed. 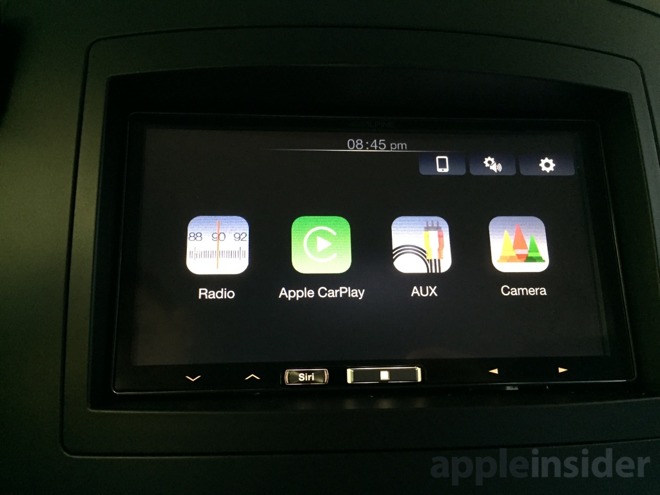 Wireless CarPlay requires iPhone's Bluetooth and Wi-Fi be turned on. All data and audio are sent over Wi-Fi, but just like AirDrop, having Bluetooth enabled helps the phone recognize the in-car unit.

That's correct: Even though the radio has Bluetooth in it, it's using Wi-Fi for call audio. You can't pair with the unit in any traditional way. This turns out to be a good thing from a user experience standpoint. 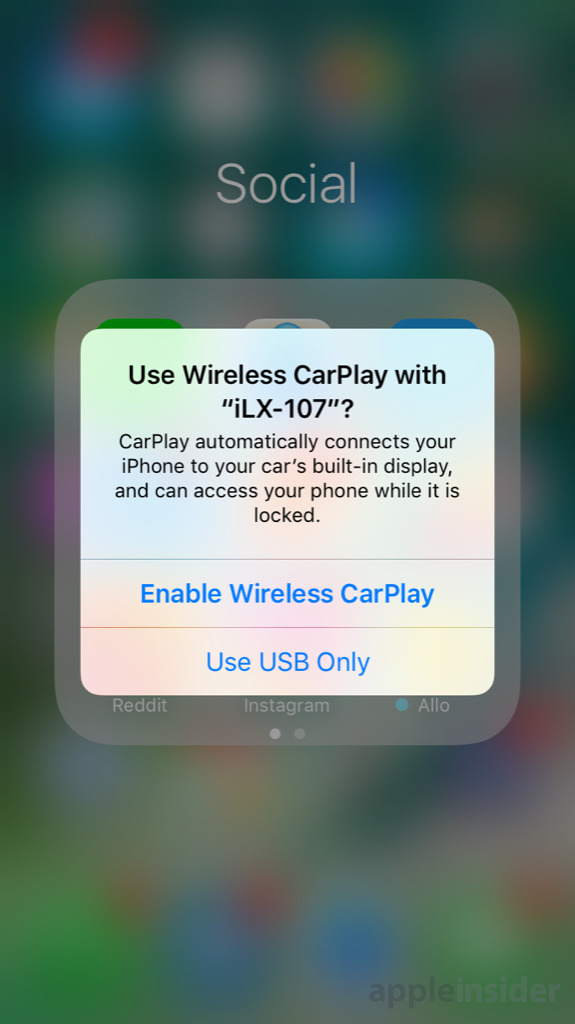 This screen is new.

Wireless CarPlay delivers a few interface changes we haven't seen with connected versions of the protocol. For one, the status bar, typically displayed on either the left or the right of the CarPlay screen (right for countries with right hand drive) includes the addition of a battery indicator when connected wirelessly. When you plug in the USB cable connected to the radio, the battery indicator disappears.

Alpine does expose the option to change which side of the car the driver is on, which moves the menu/status bar and home button of the CarPlay display to the side closest to the driver. Conveniently, the iLX-107 also has a Siri button, making it fast and easy open Siri for initiating navigation, or responding to messages.

We have long wished for the battery indicator to let us know how much charge we have while driving, but Apple has chosen to only give us this indicator while using wireless CarPlay. The battery indicator is an icon only, and does not show percentage if that option is switched on at the phone, or as it would appear in Low Power mode. 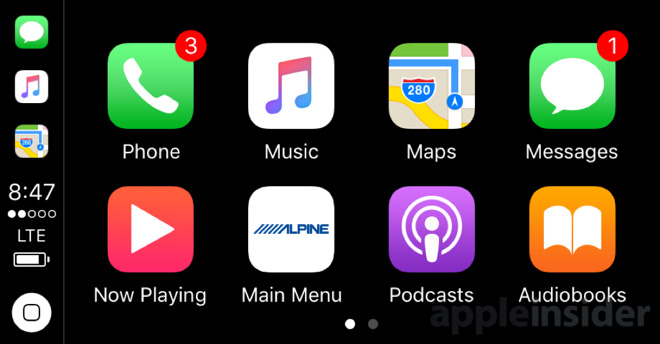 Note the battery indicator just above the home button.

How it hands off between multiple phones

One of the most-asked questions about wireless CarPlay is what happens when there are multiple iPhone owners who use the same car. If they've all connected their phones to the unit in the recent past, and all jump in the car together, which one connects? The answer turns out to be, whichever phone connected last.

There's no menu in CarPlay to set phone priority -- this is something that's controlled in the car radio UI, and left up to the radio manufacturer. And this is where Alpine really shines. It appears Alpine's designers took the Apple Human Interface Guidelines, answered the question, "What would iOS look like if it had a night mode for all UI elements?" and shipped it. 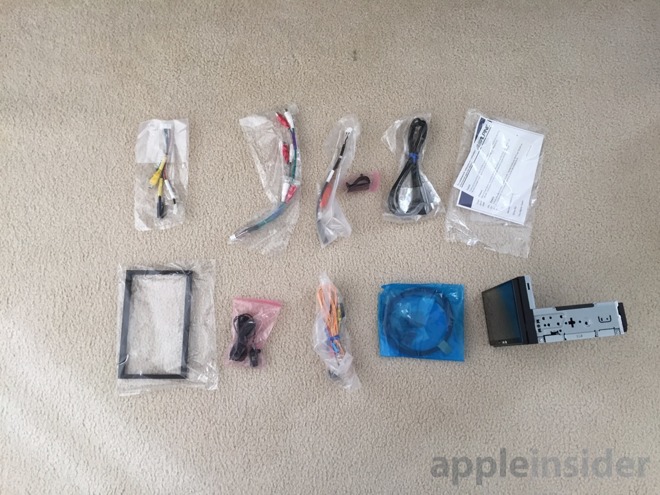 What comes in the box.

When in the Alpine UI, as opposed to CarPlay, there are three buttons in the upper right of the display: phone settings, audio settings, and general settings. You can get to phone and audio from within the general settings of the radio, but the other two buttons take you there immediately. To change between wirelessly connected phones, tap the phone settings icon and tap connect next to the phone you want that isn't connected. It will nearly instantly switch phones and spawn the CarPlay display. 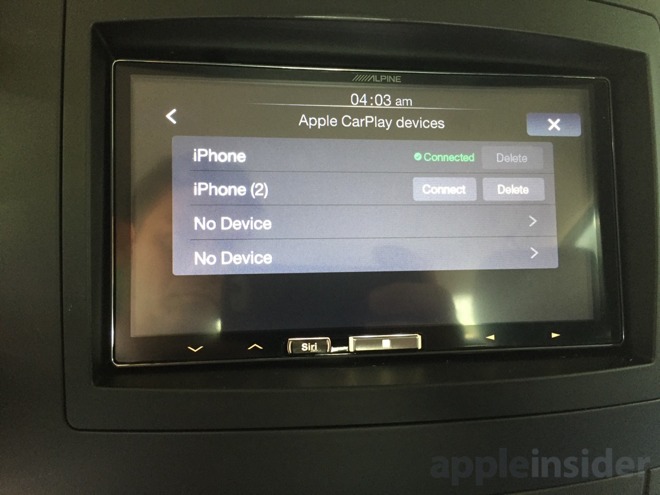 Here, it's possible to switch from one phone to another.

Alpine nails the interface. For every other car stereo, the manufacturer has their own HIG and interface design that conflicts quite badly with CarPlay or Android Auto's material design. Here, Alpine nailed it. It's not jarring at all to switch between their interface and CarPlay. 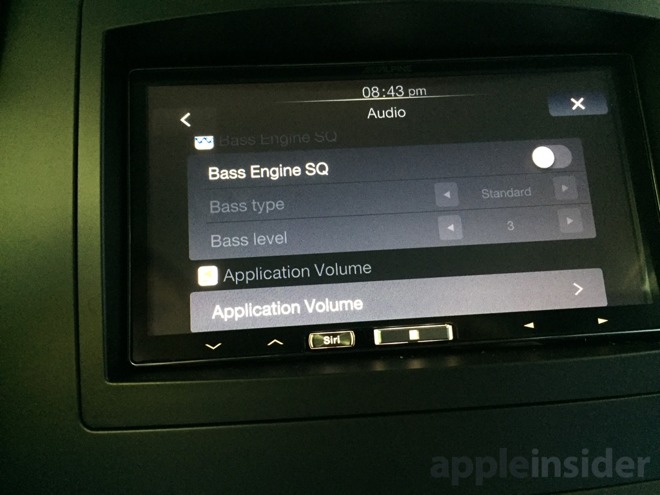 Alpine also takes good advantage of the iPhone. If you download Alpine's TuneIt iOS app, it's possible to adjust EQ, high pass filters for the front and rear speakers, adjust low pass for the subwoofer, and make timing corrections, as well as download profiles for your car made by other tuners or share your profile up to the cloud.

The iLX-107 does not support HD Radio, nor does it have a port to connect to a Sirius XM tuner. If you listen to Sirius satellite radio, this may not be the CarPlay unit for you, unless your car works with Maestro idatalink to use the factory Sirius tuner.

Even so, it's very good. It does have good support for RDS, which allows it to display the station name, callsign, artist, song title, and other information the station chooses to broadcast. It also has support for PTY (program types) so you can tune stations based on advertised genre. 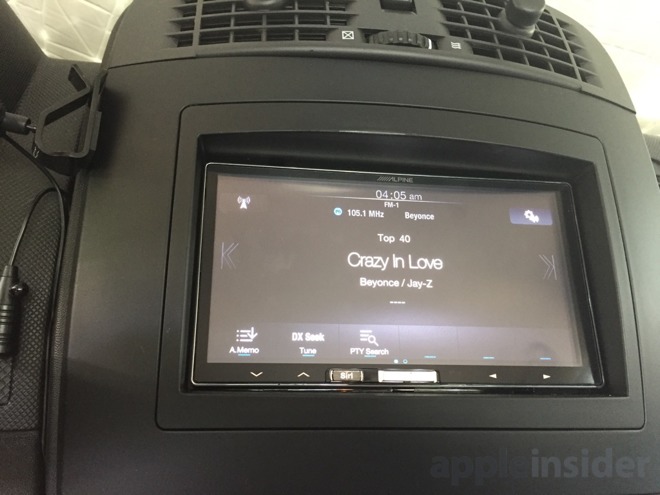 The FM interface is a little sparse, but not bad.

While Alpine nailed the software, its accessory microphone mount misses the mark. The handsfree microphone included sits in a plastic clip suitable for attaching to a sun visor or, using the provided VHB tape, mounting on the dashboard or A pillar.

Alpine really should have sprung for a separate mount for adhering to the pillar or dashboard, it looks silly to have a giant sun visor clip mounted anywhere other than its intended location. Other manufacturers either provide a separate mount or make the sun visor clip a two-piece affair, with the pillar/dash mount able to be separated from the bulky clip. So much attention was paid to everything else that this feels like an oversight. 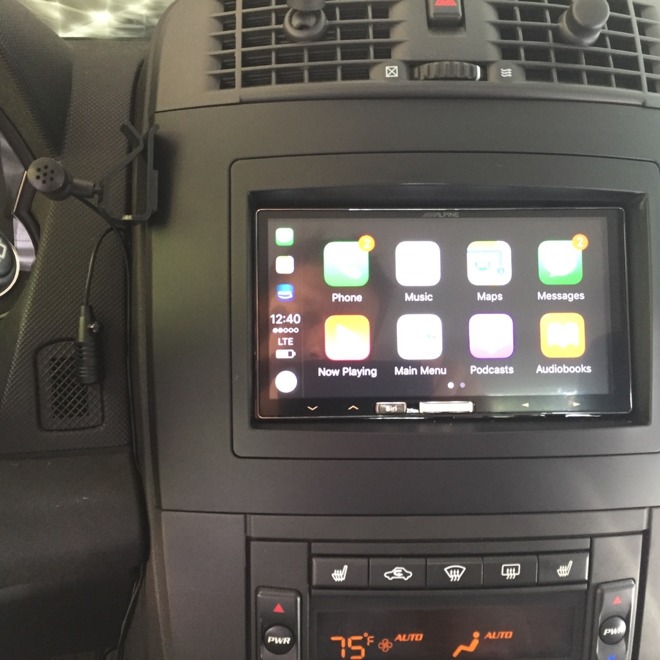 Look at the giant mic mount on the left of the radio fascia. It's huge.

What else is missing? A nag screen, thankfully. Every other CarPlay system we've tested requires you to tap to accept a screen that cautions you about tapping on a screen while driving. Alpine's does not, and thanks should be given for this. It's not a huge imposition on the other radios, but it's refreshing how quickly this radio boots and displays CarPlay.

Alpine includes a GPS antenna, which connects to the back of the radio and mounts on the dashboard. This augments the abilities of the antenna built into the iPhone because it's larger and better positioned in the car. Apple Maps (or Google Maps if you choose to use Android Auto) will use the antenna connected to the radio and pass that data to the app. 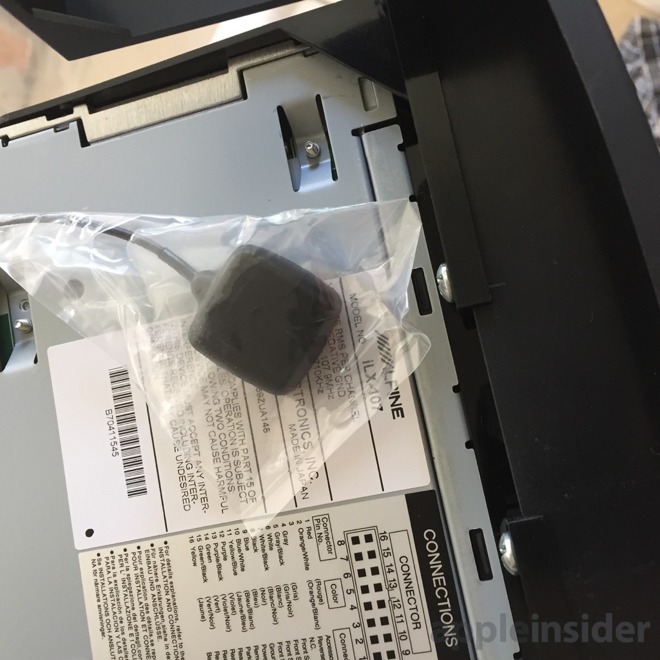 This black square is the GPS antenna.

The outputs are 18W by four outputs, with 2V pre-out for front, rear, and subwoofer. Because we installed this in a car with Bose amplifiers and used the appropriate adapter interface from speaker out to that system, it sounds just fine. It gets plenty loud and the factory subwoofer works well. In a car without those amplifiers, 18W is enough -- we found that in systems with more (25W, 55W) it mostly meant turning the volume down to keep it nominally the same dB level as we get out of the 18W.

I would recommend looking at the Alpine catalogue and consulting with them for which speakers/subwoofers/amplifiers match best. You want your amp to match the 2V output of the pre-outs from the head unit, and most good amps should be capable. For example, the Alpine PDX-F6 (just to choose a model) has an input sensitivity (RCA Input) of 0.2V to 4.0V, which means it would work just fine with the 2V pre outs of the head unit.

One listener of the AppleInsider podcast was interested in using an aftermarket system like the iLX-107, but was worried that their OEM backup camera would be rendered inoperable. There are adapters to do this, but you need to check compatibility with your car. If one is not available, there are affordable cameras that can be mounted in addition to the OEM one, or it's possible that the OEM mount can be modified to accept an aftermarket camera.

The thing to remember is that both cameras and the head unit can display the green-yellow-red distance warning lines. Our preference is to use the adjustable lines of the head unit and use aftermarket cameras that allow disabling of the lines. The Alpine does have the interesting ability to use an accessory multi-camera kit (KCX-C250MC) that allows for side, front and rear camera input. The ILX-107 can display all of those inputs at the same time, or switch between them in the user interface when using the multi-camera accessory. 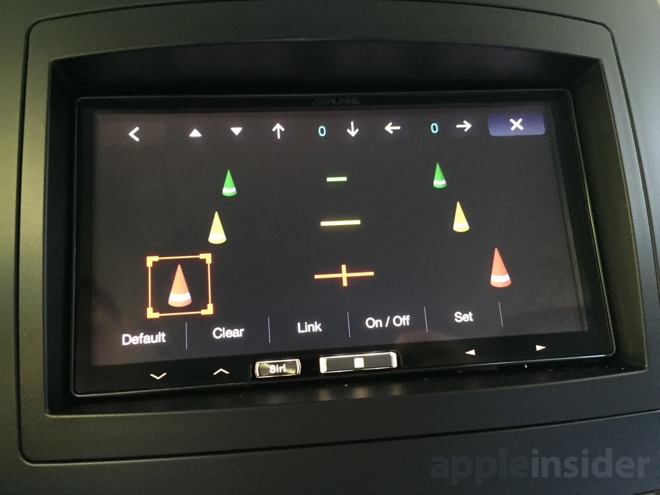 Adjusting where the warning marks are

We personally like the idea of having front, rear and side cameras.

It's also possible to control LED light bars directly from the head unit using another accessory, the KAC-001. With an optional Maestro idatalink adapter, it's possible to control in-car features if the car is compatible with Maestro. The point of using Maestro is to integrate with your vehicle's original infotainment systems such as Bluetooth hands-free, USB media player, satellite radio and steering wheel controls. The point is, Alpine has done the work to make sure that their products are both flexible and broadly compatible to make installation easy.

We love how Alpine has addressed the interface outside of CarPlay on the iLX-107. It's as it should be, and doesn't feel foreign to iOS. Wireless CarPlay is excellent, and very welcome. Where in the past we might have not bothered to plug in the USB cord for short trips, the radio takes care of connecting for us.

To be sure, there are more affordable CarPlay options on the market. There are also products that support HD radio, Sirius and other premium services. All of those options come with compromises to the UI, however, where Alpine has made none.

Given the choice and ignoring the cost differentials, we'd pick the Alpine every time.