Apple iPhone 8 Plus vs Google Pixel 2 XL: camera is only part of the package

AppleInsider
Posted: October 21, 2017 1:57AM
in iPhone edited October 2017
A new review looking at camera images captured by Apple's iPhone 8 and Google's HTC-built Pixel 2 declared iPhone the overall winner in a series of shots where both phones actually performed well. But despite Google's framing of 'camera score' as the only criteria for modern smartphones, there's a lot more of interest to buyers than just a phone's still camera.

A "Camera Shootout" by Mark Spoonauer for Tom's Guide purports to show off how the two phones' cameras perform, but it actually only depicts a series of hand held static shots that focus on detail and lighting of mostly intimate subjects.

The only Portrait mode shot comparison was an image of flowering potted plants, hardly a useful, representative example of the feature Apple introduced last year on iPhone 7 Plus to add dramatic flair to "portraits," a word that literally refers to the capture of an individual.

While crediting iPhone 8 Plus as the overall winner (with Pixel 2 being acknowledged as winning in several examples), the conclusion of the piece was that "you absolutely won't be disappointed in either one of these cameras."

That's broadly true of most expensive new smartphones, in particular because most people don't perform regular shot comparisons between different models of phones. Many Android phones take absolutely terrible photos, and their users aren't even aware.

Google's marketing of Pixel 2-branded phones has focused on camera quality scores and the company's cloud-based storage, two of the strongest features of the models in comparison with other Androids. However, Apple's camera marketing for iPhone 8 Plus touts other camera features that Pixel 2 still lacks.

With two cameras, iPhone 8 Plus (like last year's iPhone 7 Plus and the upcoming iPhone X) can offer an optical 2x zoom that's handy not just when taking photos, but also in video, slomo, time lapse and Panoramas. The "shootout" didn't look at these other capture forms at all (or look at significant camera features such as smooth, high frame rate video, which Pixel can't capture), and didn't significantly examine iPhone optical zoom capabilities. 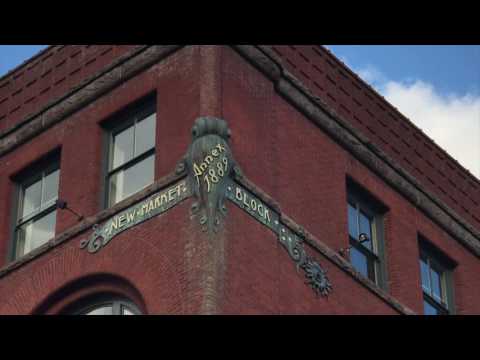 Apple's biggest new feature for iPhone 8 Plus (and the upcoming iPhone X) is Portrait Lighting (below), which applies a series of effects to the foreground subject, independent of Portrait-style blurring of the background. Pixel doesn't offer this.

Google has approximated Apple's two year old Live Photos feature on its Pixel 2 phones, but doesn't offer iOS 11's new interpretations that include common Loop and Bounce playback (which can be added to video clips with third party apps) as well as an innovative new long exposure option for blurring motion over time in a way that looks great for subjects such as waterfalls (below).

Another feature Apple highlighted on new iPhone 8 and X models is a revamped Slow Sync flash that uses a slower shutter and brief flash to gently illuminate the subject with flattering, not overpowering, light while also capturing the background.

However, the shootout's flash example takes a photo of a pumpkin sitting on a bench in a dark corner. It awarded the Pixel 2 as winning because the flash was brighter, not because it would deliver flattering shots of people, the primary reason for using flash in a dark scene.

Despite lacking a series of hardware and software camera features of iPhone 8, Google's Pixel 2 phones are priced higher. That's remarkable because Google's Android phones are also slower and don't offer other new features such as Qi charging and don't even include a pair of headphones. Pixel 2 doesn't just cost more up front; it also has a weaker resale value

However, Pixel 2 doesn't just cost more up front; it also has a weaker resale value. That's important to buyers who upgrade frequently.

Android buyers typically find that there are few takers willing to offer anything for a used model, in part because there are lots of cheap options (or free offers) for brand new models.

iPhones have consistently held value longer, allowing buyers to resell their year old phone and upgrade to the newest model, knowing that there is a huge market for lightly used Apple phones.

Beyond a year, Apple also continues to support iPhones for many years of software updates and security patches. Google has promised three years of updates for new Pixel 2 buyers, but Apple just released iOS 11 with support for iPhone 5s, a phone that's already four years old and will remain supported for the year at least. Most Androids rarely get updates after the first year, if ever.

Nobody knows if Google's promised 3 years of future updates will actually run well on this year's Pixel 2 because the company has never delivered that before. Apple has consistently supported existing Macs and iOS mobile devices for many years, and testing shows that a lot of efforts go into making new releases work well on older hardware.

Despite also charging a premium for last year's Pixel-branded phones (as well as the Pixel C netbook and Chomebook Pixel), Google only delivered a typical Android hardware experience. Users complained of a flood of defective microphones on Pixel phones that required returning for service.

In part, that's because Google worked with HTC, already a low volume vendor with many manufacturing problems of its own, to deliver its flagship branded phone. Google doesn't have many options in the Android world.

This year, Google worked with LG to deliver the larger Pixel 2 XL. Yet despite a much higher price premium (despite not really delivering anything apart from larger screen), the display of the 2 XL has been broadly decried as being of very low quality.

It has poor color accuracy and a strong color cast at wider viewing angles. Artem Russakovskii of Android Police called it "shockingly awful." Vlad Savov of the Verge called it an "inexcusable disaster."

Now that I've booted the Pixel 2 XL all the way and verified Vivid Colors is on, I can confirm that LG's OLED display is shockingly awful. pic.twitter.com/FXSGA0kFH7

Bizarrely enough, the same site's official review by Dieter Bohn called the display merely "somewhat disappointing" before giving both models a higher score than the Verge gave iPhone 8 and 8 Plus: phones the site acknowledge were faster and had superior features Google didn't match.

In fact, the site specifically dinged iPhone 8 models for being priced "$50 more than the iPhone 7," despite the fact that that the price hike came with twice as much storage on the entry tier. Pixel 2 phones are more expensive--$50 more than iPhone 8, despite having the same storage!

The build quality of the Pixel 2 is also poor, with a fragile structural weakness that results in cracking when flexed and an easy to break antenna band.

Beyond hardware issues, Bohn also tweeted out a Portrait mode shot taken by the Pixel 2 he described as "good," despite it delivering a weirdly smeared, inconsistent blurring effect that left background items on the right in sharp focus while blurring the left side more than the deep background.

Pixel 2 relies more on software in Portrait mode because both models lack a second, independent lens and sensor to capture depth the way iPhone 7 Plus, 8 Plus and iPhone X do. Sometimes this works, but when it doesn't it is not "good," just because it's from Google.

Apple not only bundles its own iOS exclusive apps for free (including Pages, Keynote, Numbers, iMovie and Garage Band), but also runs an App Store with more sophisticated titles that Android doesn't get. Google also has an apps market, but the company focuses on advertising and web-based experiences, not on developing a solid platform for apps.

As a result, the iOS App Store includes a wide range of productivity apps designed for small business users; it hosts enterprise apps for corporate users; powerful, exclusive creative apps such as Affinity Photo ; it has tons of unique, exclusive games that never make it to Android; and it features apps that specifically support Apple Watch and iPad. Android Wear has effectively failed, and Android tablets have still never created a market beyond stretched smartphone titles.

Google supports Pixel 2 phones in its ARCore program, an offshoot of Project Tango. But with a tiny installed base less than a tenth the size of iOS 11, developers have little reason to build significant applications that take real advantage of the technology.

That's exaggerated by the fact that developers already have little commercial reason to build Android apps because Google Play pays out so little. In part that's because Google focuses on ad-based support in apps, where it takes a cut and benefits from user tracking and profiling. But it's also because the lower value demographic that chooses Android is far less likely to pay for software.

Google can advertise Pixel 2 has having a greatly improved camera that can take some photos at least as good as new iPhones, but it can't claim its camera is as full featured, or that its new phones are as cost effective, will retain their value, will be supported as well, offer the same features, can run a similar library of high quality apps, or is built as well or will sell in large volumes.