AppleInsider
Posted: November 18, 2017 5:03AM
in iPhone edited January 2021
The LIFX Mini is about what you'd hope for from an iPhone-compatible smartbulb, and with HomeKit, LIFX is finally ready to go toe-to-toe with the popular Philips Hue platform. 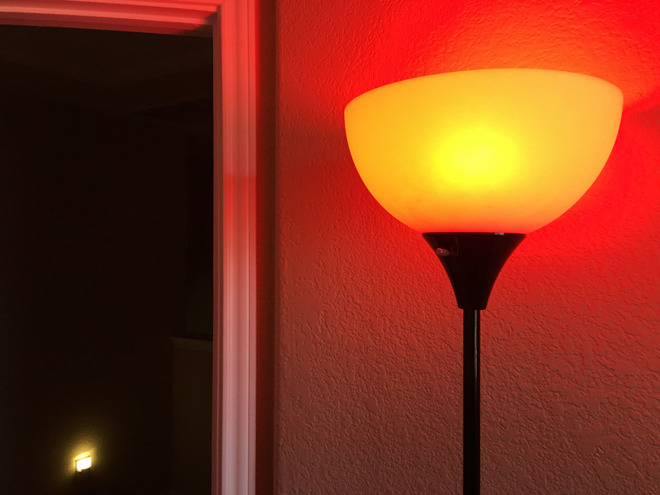 We tested two versions of the Mini: the standard model, which supports 16 million colors, and the Mini White, which is limited to a warm 2,700K color temperature. A third variant, Day & Dusk, simply straddles the gap by offering various warm and cool tones of white, much like the Hue White Ambiance. You can achieve the same effects with the full-color bulb.

The primary advantage of a Mini is cost. Whereas the flagship LIFX bulb costs $59.99, its Mini equivalent is $44.99. A Mini White is $24.99 -- a lot more budget-friendly for people wanting to equip an entire house or apartment. Multi-packs are available too.

All three Minis offer adjustable dimming, and a peak brightness of 800 lumens. That's about the same as most smartbulbs, but much less powerful than the 1,100 lumens on a full-size LIFX. Indeed during testing the color model we found some shades were noticeably weaker, so plan your lighting accordingly. 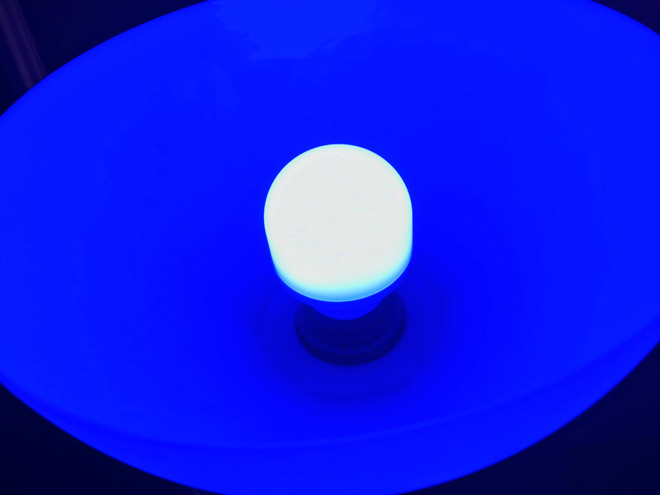 One of the chief advantages of LIFX is that each bulb has its own Wi-Fi radio, eliminating the need for a hub (except for HomeKit -- see below). This makes setup relatively easy, though you'll need a LIFX account to "claim" each light, and you'll probably have to run firmware updates to make HomeKit setup and controls work properly.

Another issue we encountered was that the Mini operates only on 2.4-gigahertz Wi-Fi, not 5 gigahertz. Depending on your Wi-Fi setup that might make it difficult for an iPhone or iPad to see a bulb, particularly if you have several neighbors running their own 2.4-gigahertz networks.

As with most smarthome accessories, you'll need a proprietary app to get the complete range of options and settings. This includes a range of preset room themes, like "Sports" and "Soothing," along with effects like color cycling, candle flicker, and a microphone-based music visualizer. Some of these are gimmicky, but many can't easily be replicated in HomeKit. 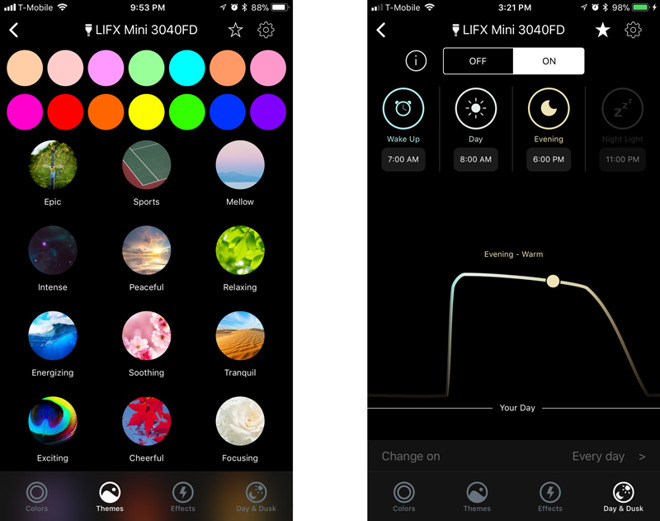 Particularly important is the "Day & Dusk" mode, which adapts brightness and color temperature to the time of day. You can't tweak those settings directly -- instead you set up "Wake Up," "Day," "Evening," and "Night Light" phases, toggling them on and off and choosing start times. The results were pretty pleasing though, to the point that we eventually preferred it to HomeKit for a morning routine.

We'll also briefly tip our hat to the fact that LIFX offers native iPad and Apple Watch interfaces. Some accessory makers work on the assumption that you'll always have an iPhone handy -- which, even if you do own one, isn't always practical.

HomeKit, of course, means that that the Mini can be integrated into complex scenes and automations, as long as any third-party accessories have the same support. Your lights can turn off when you leave home for example, or on when someone unlocks the front door. If you don't care about Day & Dusk you can create time- and date-based triggers, including ones relative to sunrise and sunset. 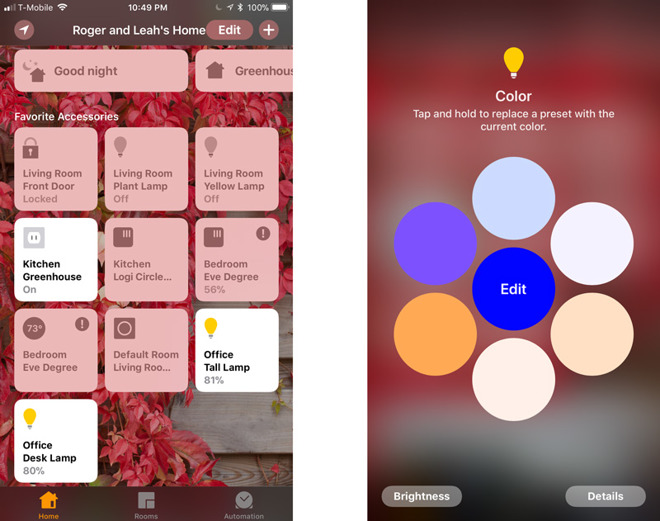 There's not too much to say in connection to LIFX specifically, but there are some important limits. You'll need an Apple TV, iPad, or HomePod running as a hub if you want remote access and automation, and the iOS/watchOS Home app will only let you command a bulb to change to a specific brightness and/or color, or else turn off completely.

If you're not comfortable depending solely on Apple hardware, the Mini also works with things like IFTTT, buttons by Flic and Logitech, Logitech's Harmony Elite remote, and two other voice assistants in addition to Siri, Amazon Alexa and Google Assistant. We were able to test our bulbs with Amazon's Echo Dot speaker, which worked perfectly fine.

There are also integrations with Nest and Scout Alarm, the former being the more interesting since a Nest Thermostat, for instance, can trigger random lighting while you're on vacation, or a Nest Cam can be set to dim lights when when motion quiets down. Both systems can trigger visual alarms.

If there's anything close to a serious gripe we have with the Mini, it's only that on the standard model, colors we picked in the LIFX or Home apps sometimes didn't translate into the real world. In those cases, it was just a matter of experimenting until the right shade appeared. The Mini White produced a very soothing light perfect for bedrooms or late-night work. 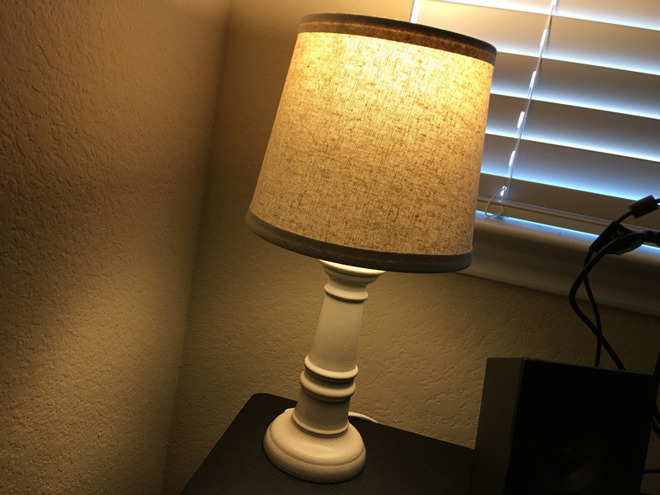 The Mini White at 89 percent.

Should you pick a Mini over a Hue, or some other smartbulb? Well, that depends. If you already have a Hue hub and matching lights, you might as well stick to that platform unless you're encountering specific problems.

If you're fresh to the smarthome world or not particularly loyal, we'd say you should strongly consider LIFX -- price out options, check your Wi-Fi network. It's nice not having a hub hogging an Ethernet port, and with HomeKit, Philips' early advantage has been kicked away.

The more critical question is whether you should pick a Mini or a full-size LIFX. The latter is better if want a single bulb to cover an entire room, or simply if you want the brightest lights possible. Otherwise, the Mini should do the trick.

The LIFX Mini White can be purchased at Amazon.com or Best Buy for $24.99. The multicolor LIFX Mini, on the other hand, sells for $44.99 at Best Buy with free shipping.