AppleInsider
Posted: January 23, 2018 5:40PM
in Future Apple Hardware edited June 2020
An investor's note is shedding some more light on previous prognostications, saying again that moving at least some iPhone X features to the entire line will boost sales volume -- and has some predictions on specifications of the 6.1-inch LCD model. 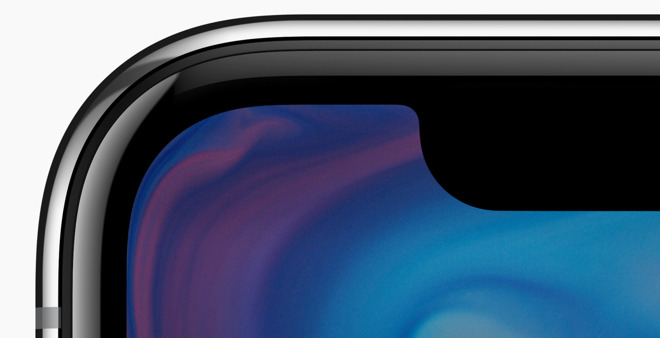 In a note seen by AppleInsider Ming-Chi Kuo from KGI Securities still predicts that the fall 2018 phones will ship in 5.8- and 6.5-inch sizes in OLED, with a lower-priced 6.1-inch device on tap as well. He believes that the 6.1-inch device will have a single rear camera, and an aluminum frame, eschewing stainless steel.

Additionally, Kuo claims that it will lack 3D touch, and have 3GB of RAM, as compared to 4GB in the OLED models. The motherboard isn't expected to be stacked in the 6.1-inch model, a design that debuted in the iPhone X.

As a result of the three models, all featuring some level of iPhone X technology, Kuo predicts that Apple will ship between 80 and 90 million phones after launch. Of those, Kuo expects about 50 percent to be the 6.1-inch LED model, priced between $700 and $800.

It is unclear where in the development process the three models lie, however. Kuo claims that the 6.1-inch LED device is lagging a bit behind the OLED models. However, Apple may start the certification process early to prevent any possible delays -- but how a certification process may smooth out any production problems that may pop up isn't clear.

Kuo previously stated that the iPhone X would not be kept in the lineup with the release of the fall 2018 refresh.
«12»