In its evaluation, SquareTrade, which last year called iPhone X the "most breakable" iPhone ever, put Samsung's latest smartphones through drop, tumble and bend tests.

The results are unsurprising. As expected from phones bearing glass on both their front and rear, the S9 and S9+ cracked when dropped from a height of six feet. Glass on both models shattered in back down drops, while a face down drop did the same to the 6.2-inch display on the S9+. The smaller 5.8-inch S9 fared better with the face-first drop, though it did exhibit a loose front cover glass.

By comparison, identical tests found nearly identical results with iPhone X. SquareTrade failed to perform a side drop test on the Galaxy models, a trial that caused display malfunctions and separation on Apple's flagship.

A 60-second tumble test, which involves spinning the handsets in a rotating plexiglass box, resulted in hairline cracks and corner damage on both S9 and S9+ displays. Similar cracking was seen when Apple's iPhone X went through the same evaluation.

Finally, a bend test found the S9 give at 230 pounds of pressure, compared to the S9+ which began to bend at 210 pounds. The same test was not performed on iPhone X. SquareTrade also did not attempt to activate the Galaxy displays after each test, as it did the iPhone, making the comparison incomplete. 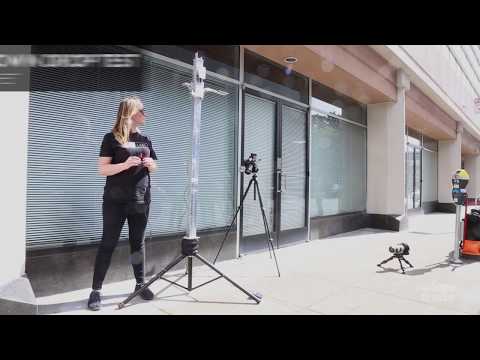 The firm assigns a "breakability score" of 71 to the S9 and 76 to the S9+, but both pale in comparison to a score of 90 for iPhone X. SquareTrade fails to break down how the final score is tallied, though the Galaxy and iPhone scores apparently equate to "medium risk" and "high risk," respectively.

As with all inspections, consumers should take the source into consideration. Firms like SquareTrade and iFixit, which routinely tears down new gadgets to assign "repairability scores," are in the business of selling products to customers and often use such demonstrations as thinly veiled advertisements.

For example, SquareTrade's drop tests start at six feet, a height from which a smartphone rarely falls. A more relatable evaluation would perhaps start from three or four feet, roughly where a user's pants pocket is located. 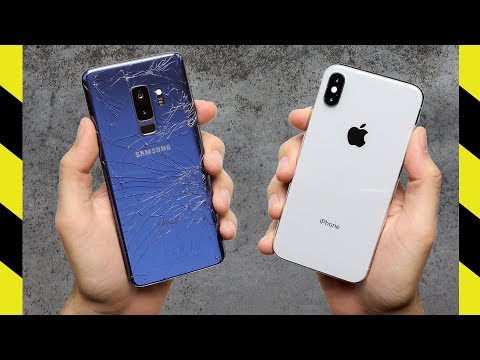 A separate assessment from YouTube channel PhoneBuff arrived at a somewhat different conclusion. Side-by-side drop tests -- at a lower maximum height than those used by SquareTrade -- found iPhone X come out on top in a back-first drop, while the S9 prevailed in front-side drop. Apple's smartphone showed comparatively minimal signs of damage in a corner drop, likely due to its stainless steel frame.