AppleInsider
Posted: May 23, 2018 4:01PM
in iPhone edited December 2019
Apple's iPhone 7 Plus from 2016 tops the ASCI Telecommunications user survey, with iPhone 8 and iPhone 8 Plus coming in fourth and fifth. 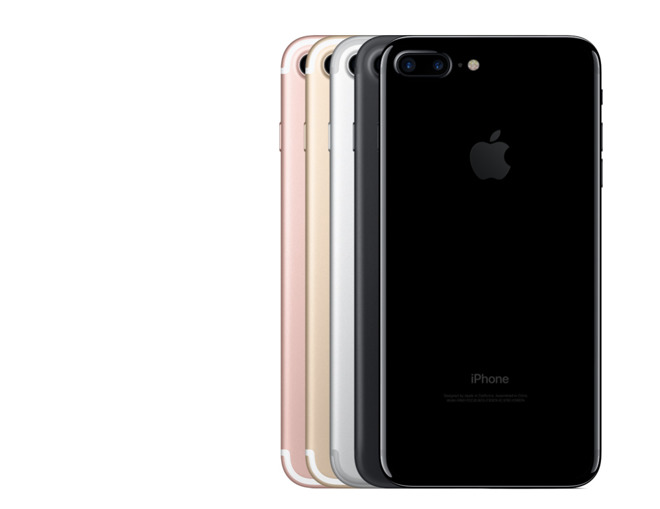 The new ACSI Telecommunications Report 2018, released Wednesday by the American Customer Satisfaction Index, named a surprise winner: The iPhone 7 Plus. The Apple device that's now over 18 months old took the top spot with a score of 85 out of 100. Samsung's Galaxy S8+ and S8 placed second and third (with 84 and 83), followed by the iPhone 8 and iPhone 8 Plus both with 83.

The iPhone X, came in 17th, with a score of 80, ranking ninth among iPhone models but only five points ranking-wise below the older iPhone 7. 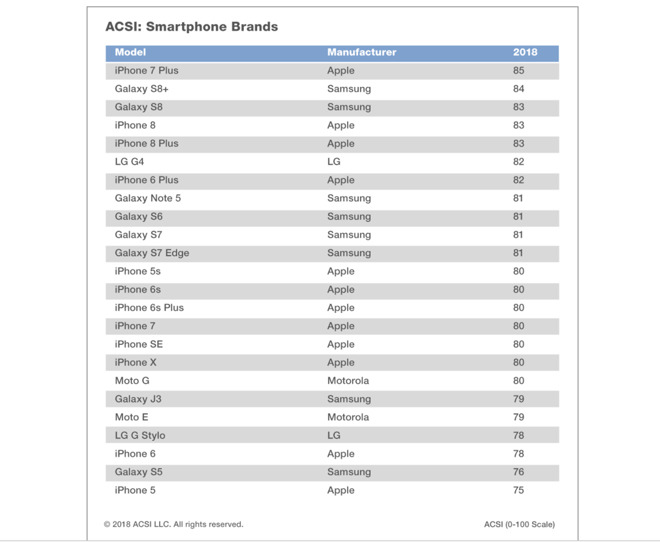 "For iPhone users," ASCI said in its report, "the features of the X model are not enough to offset the cost."

The top smartphone in the 2017 edition of the survey was another older model, the iPhone SE, with a score of 87; the iPhone 7 Plus came in third last year with 86.

There is one major reason that the ASCI methodology may favor older models -- the survey, of 45,292 customers, was conducted between April 2017 and March 2018, putting half of the evaluation period prior to the release of the iPhone X, iPhone 8 and iPhone 8 Plus, giving a smaller consumer sample size to choose from.