AppleInsider
Posted: May 31, 2018 12:37AM
in General Discussion edited May 2018
Preparations are underway for next week's Worldwide Developers Conference, as Apple on Wednesday began the process of installing banners, flags, signage and other decorations at the main venue that will host this year's event.

As it did last year, Apple is quickly transforming San Jose's McEnery Convention Center into a mecca for developers, and attendees in town for the gathering are posting pictures of the venue to social media outlets like Instagram and Twitter.

Along with building signage, workers are hanging posters inside the convention center and flags on nearby street light posts.

Akin to last year's conference, McEnery Convention Center will act as the hub of operations for developers visiting San Jose to take part in WWDC activities. There, attendees will be able to access technology sessions and labs run by Apple engineers, consult with key company personnel, attend special guest speaker presentations and more.

WWDC spills over into the surrounding area, with at least one session, a workout bootcamp led by Kayla Itsines, scheduled to take place in the City National Civic theater located across the street from McEnery.

Photos of the setup from AppleInsider reader Kenny:

Apple is primed to unveil a host of new software technologies at WWDC 2018, highlighted by a next-generation "iOS 12" operating system for its flagship iPhone devices. Updates to the company's core platforms -- macOS, watchOS and tvOS -- are also expected, as are announcements related to frameworks covering health, artificial intelligence, augmented reality and more.

While WWDC is not designed to serve as a launch platform for new hardware, Apple has in the past leveraged the event to introduce products. In 2017, for example, the company debuted the 10.5-inch iPad Pro, iMac Pro and HomePod alongside spec bumps to the MacBook and iMac lines. This year, rumors suggest Apple is planning to limit announcements to a refreshed MacBook lineup.

For a full rundown of what to expect, make sure to check out AppleInsider's deep dive into Apple's product roadmap.

AppleInsider will be on the ground at WWDC 2018 next week offering live coverage of the keynote event and ensuing presentations. Make sure to follow us on Twitter @appleinsider and Facebook for the latest news. 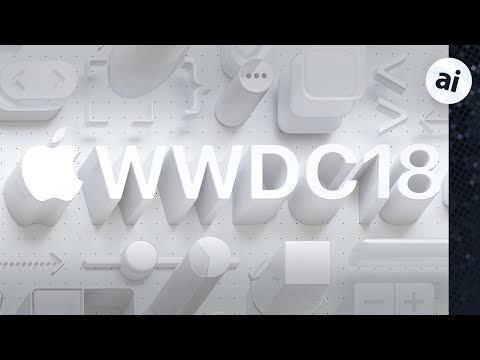 Updated with additional photos of the venue.