WWDC was all about software, just like it was when Steve Jobs ran the show

AppleInsider
Posted: June 12, 2018 5:59PM
in General Discussion
Some were disappointed that Apple failed to introduce hardware at last week's WWDC, but keeping the focus on software was consistent with how the company has always done things, and also with Steve Jobs' vision.

Apple's annual World Wide Developers Conference this year was highlighted by the introductions of new editions of iOS, macOS, watchOS and tvOS, all of which included notable new features. But what it didn't include was the introduction of any new hardware.

We've already spoken at some length about this in response to wide complaints that the event didn't feature the unveiling of new Macs, iPads, or some other product category.

But, it bears repeating -- WWDC is a conference for developers. Software is what developers develop, and has always been the focus of the conference, even when Steve Jobs was in charge.

Furthermore while many longtime observers remember the unveilings of iPhone models at the WWDC in 2007, 2008 and 2010, and a wide variety of products including the HomePod, new MacBooks, and a new iPad Pro at the 2017 WWDC, those were aberrations. Apple made no hardware announcements at WWDC in 2014, 2015 or 2016.

"Apple views itself as a a software company"

The other implication, in some of the disappointment over the lack of WWDC hardware this year, is that we very specifically remember Steve Jobs introducing iPhones, Macs and other famous products the first week of June, so therefore something is somehow lacking when Tim Cook gets up and introduces only software updates. As with most "if only Steve Jobs were still alive" arguments, this one falls apart under scrutiny.

Jobs didn't have any special insistence on introducing hardware at WWDC. Most of Apple's big introductions over the years came at Macworld, or at individual dedicated events.

But beyond that, while his legacy is very much intertwined with the Apple II, the iMac, the iPod and iPhone, Jobs was extremely vocal, throughout his career, about the importance of software, to both the products themselves and Apple's success.

There was an interview Jobs gave at an All Things D conference in the late 2000s, around the time of the iPhone's arrival: 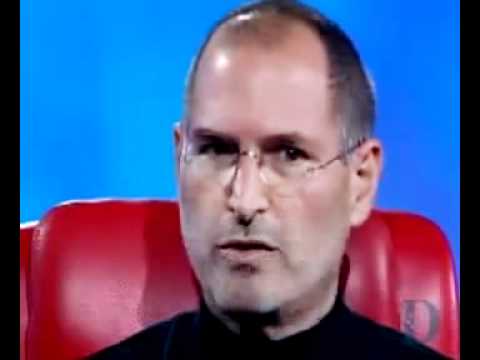 Jobs had said similar things before. In a 1994 interview with Rolling Stone, during the NeXT era, Jobs discussed the importance software in the PC Wars of the time.

"The problem is, in hardware you can't build a computer that's twice as good as anyone else's anymore. Too many people know how to do it," said Jobs. "You're lucky if you can do one that's one and a third times better or one and a half times better. And then it's only six months before everybody else catches up. But you can do it in software. As a matter of fact, I think that the leap that we've made is at least five years ahead of anybody."

This might sound familiar, given that there is a minute gap between the last generation of Intel processors and the current.

Tim Cook didn't trot out on stage, spew some numbers, and say "have a good WWDC." It's not that there weren't innovative, major software announcements made at WWDC. Apple introduced a well-received macOS update, unveiled time-management features in iOS, hinted at the end of the cable box monopoly with its latest tvOS, and added a bunch of features to watchOS -- and these are just what Apple wanted to feature.

Generally, WWDC is about hardware that the developers need to support going forward. The shift to Intel. The iPhone for the first few years. New TrackPads, and new OS features incorporating it. Take those away, and there's not much left in the way of hardware releases since the dawn of WWDC.

This is consistent with what Apple has always been about, from before Jobs was ousted for the first time, when he came back, and even years after Jobs' passing. If you're Mac person, it's probably because you prefer macOS, as opposed to your opinion of the hardware side of things. And, the same is true of iOS, as opposed to Android.

Yeah, it's been a long time since the Mac mini was updated. It's been just a year since the MacBook Pro was, and the iMac Pro is less than a year old.

But, don't conflate issues. It's not like this was in 1997 and hard to find Apple news or venues that cover it, at least in passing. Apple can throw an event whenever they please, at very short notice like the sixth generation iPad event this last spring, and get the same coverage that they get from a WWDC.

To trot out the old, tired question: what would Steve Jobs do? We're not 100 percent positive, but given what he did in the past, he probably wouldn't release a pile of hardware at WWDC.