AppleInsider
Posted: July 4, 2018 3:42PM
in iOS edited November 2020
Apple's "Hey Siri" function may be handy for most users, but there are times when you don't want it to activate and cause an interruption. AppleInsider explains how to prevent the hands-free voice prompt from activating, and how to turn it back on again. 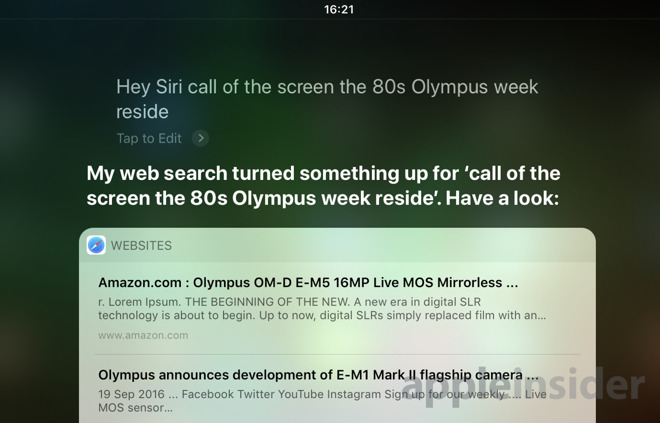 The ability to ask a question to Apple's virtual assistant by saying "Hey Siri" beforehand is a great feature, especially in cases where manually triggering Siri isn't really an option. People holding items or with dirty hands can easily use the verbal prompt to find something out, without making a mess of their iOS device or pausing their existing task.

It has even been used in emergency situations, saving lives in the process.

There are downsides to having the function active all the time, such as mis-detected utterances of the "wakeword" causing Siri to respond by itself. Most iOS users are likely to have encountered situations where this happens, and while it can be annoying for some, the last thing anyone wants is for it to interrupt an important event or meeting.

On Tuesday, the UK Parliament encountered just that scenario, after Siri "heckled" Defense Secretary Gavin Williamson during a House of Commons Speech. It seems that his own iPhone had misheard the MP's mentions of "Syria" and "Syrian" as the verbal prompt, causing Siri to perform a search and start advising of results in public.

Despite Apple's work to counter misheard prompts, the issue is likely to grow in the future. Advertisers are abusing the ability of virtual assistants constantly listening for prompts, by triggering a TV viewer's devices to bring up specific results.

For example, an April NBA on TNT ad used the phrase "Hey Siri show me the NBA schedule," causing iPhones and HomePods to respond. This is not limited to just Apple hardware, as a 2017 Burger King commercial commanded Google Home speakers and Android smartphones to start reading aloud the definition of a Whopper burger.

If you don't generally use the "Hey Siri" trigger phrase, it may be worth turning it off entirely, preventing such false positives from taking place.

Open the Settings app on your iOS device. Scroll down the list and select Siri & Search. 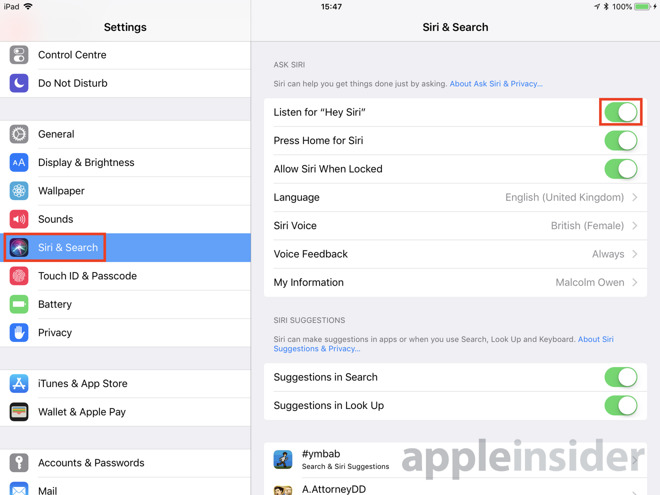 Disable the option Listen for "Hey Siri" by tapping the toggle next to it from green to white.

Go to the same section in the Settings app to disable the function, and tap the same toggle.

This will take you through a brief setup process for "Hey Siri," where you will be asked to say a few commands, like "Hey Siri, what's the weather like today?"

This process can be stopped at any time by tapping Cancel in the top-left corner, or Set Up "Hey Siri" Later at the bottom.

Once completed, the "Hey Siri" function will be enabled on the device.