AppleInsider
Posted: July 11, 2018 5:10PM
in General Discussion edited July 2018
The new documentary about the Apple veterans who created a smartphone-like device in the early 1990s at spinoff General Magic has a new preview clip, and you can see it here first.

AppleInsider told you back in May about "General Magic," a new documentary, directed by Sarah Kerruish and Matt Maude, about a group of Apple veterans who started the company of that name in 1990. The company, whose principals included such Apple names of the past as Andy Hertzfeld, Joanna Hoffman, Bill Atkinson and Tony Fadell, developed a product that resembled the smartphones of today, albeit 15 years too early.

The product was a failure, and the company later folded and was largely forgotten. The film about the saga is still applicable today, and has a lot of lessons about technology, creativity, and how great ideas sometimes have the worst timing.

"General Magic" had its world premiere at the Tribeca Film Festival this past spring. Now, ahead of the film's Silicon Valley premiere in San Jose on July 26, AppleInsider exclusively presents the new trailer, about "the story in everyone's pocket, from the company you've never heard of: 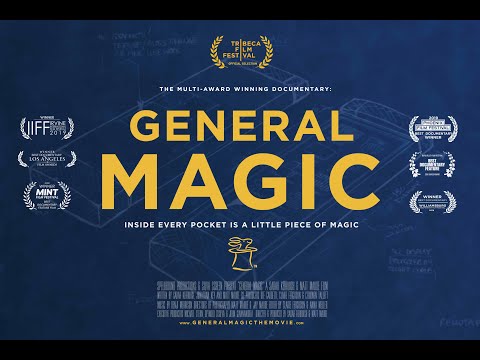 The wide release date for "General Magic" is unknown, but it remains on the festival circuit.

Just this week, another General Magic veteran, John Giannandrea, was given control of both Apple's Machine Learning and Siri teams.