AppleInsider
Posted: July 31, 2018 2:55PM
in iPhone edited March 2020
Mazda on Tuesday said that starting in September, people with a 2018 Mazda6 sedan will be able to get a free dealer-installed upgrade to Apple CarPlay and Android Auto -- as long as they paid for one of the right trims. 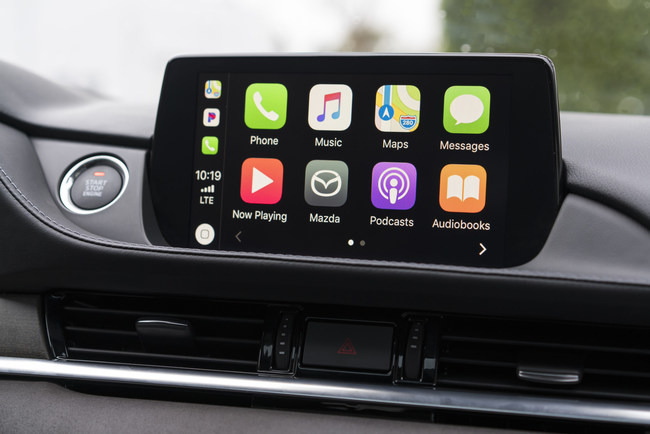 The upgrade will only be free to people who paid for Touring, Grand Touring, Grand Touring Reserve, or Signature options packages -- also called trims -- according to the automaker. It should take about two hours, and include a faster-charging 2.1-amp USB port as well as a newer version of Mazda Connect.

CarPlay and Android Auto will come included with the same trims beginning in November.

Mazda noted that the Mazda6 will be its first vehicle in North America to get those platforms via dealer installation.

The automaker only revealed plans to support CarPlay this March, having been a holdout since Apple launched the platform in 2014. The technology is also coming to the 2019 CX-9 SUV.