How to replace Apple Mail on the iPhone or iPad, and why you might want to

AppleInsider
Posted: September 3, 2018 12:56PM
in iOS edited October 2020
Apple may lock down iPhones and iPads more than it does the Mac, but despite the greater constraints, developers have managed to create Mail alternatives that are more compelling on iOS. AppleInsider looks at what they've done and why you should try alternative email apps. 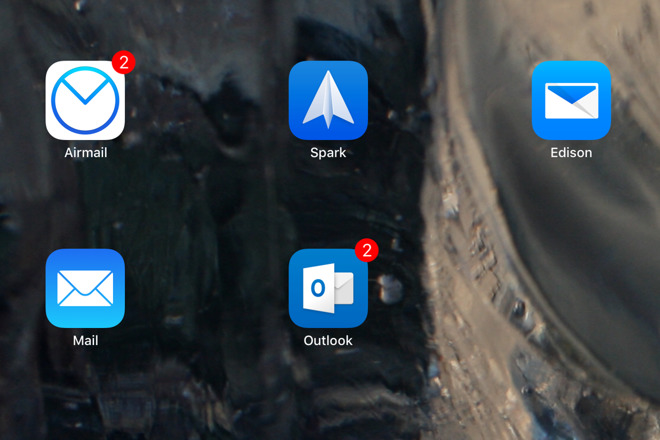 Previously on AppleInsider we looked at the reasons to move away from Apple Mail on the Mac. We also pointed out that there were strong reasons to stick with it too. You'd expect the situation to be the same on iOS, especially as many of the apps we're going to recommend work on both. Yet iPhones and iPads are a different world. 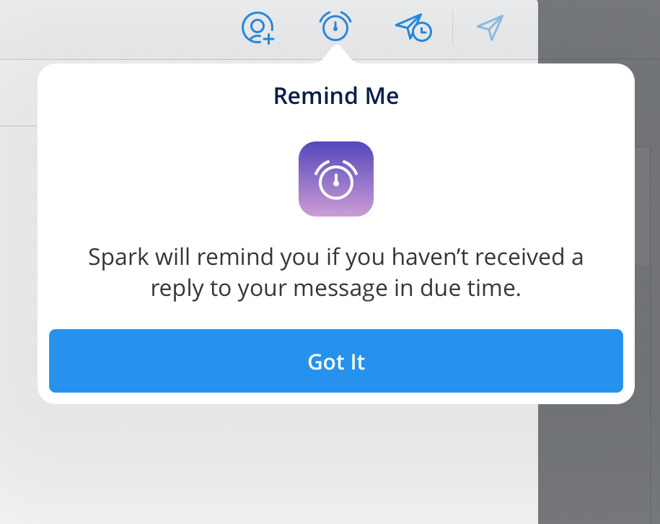 Apple sandboxes apps on iOS so that they can't interfere with each other and consequently they can't easily cooperate, either. It's also not possible to replace Apple Mail as the default email app on your iPhone or iPad. If you click on an email address on a website, for instance, it's going to open up a new message in Apple Mail.

So there are technical constraints that make email different on iOS but there are also practical ones because you use iOS on the move.

Email on the move needs to be fast. It needs to arrive quickly and notify you promptly so that you're always up to date. There needs to be easy and swift ways to deal with the email when you're on the go and can't stop to devote an hour to cleaning up your inbox.

Still, just having email on your iPhone or iPad does a lot of this. Email coming to your phone as you go between meetings frees you up to travel, knowing that you'll still get your emails promptly wherever you are. The trouble is that you're now expected to deal with emails quickly too.

That can be because your job requires you to be responsive to customer emails or to react to work from your boss. However, even when that isn't the case, an email that isn't dealt with stays there in your inbox. Eventually you have a lot of them and as well as it then physically taking time to find one you want, you've also got the mental issue that it feels overwhelming.

So the job of a great email app on iOS is to show you the messages promptly and then help you deal with them as fast as possible. That means canned replies, it means handing emails over to your To Do app or delegating to colleagues. It means, as far as humanly possible, being able to look at any given email only once. Look at it the one single time you need to deal with it and never be required to look at it again.

It also means thinking about security. When you buy a company's email app, you're trusting that it won't track your data in some way.

You won't ever hear us knock Apple Mail, not on Macs or iOS. It is an under-appreciated app that does a lot of work for us so seamlessly that we, well, under appreciate it. There are limitations, though, and while that's surprising in such a mature program, this is why you should bother looking at alternatives.

Chief among the limitations is what Apple Mail lets you do when you receive an email.

In Apple Mail for iOS, you can swipe in the inbox to move or delete it. There's also a More button which lets you reply, forward, mark or get notified when someone replies to this email thread. That's an odd one as you're going to get a notification of a new email message anyway but it's about the only time Mail adds something extra to the regular send and reply.

Once you're in a message, you can also get an Unsubscribe button if the email is a newsletter. Then if the message has dates or email phone numbers in, you could also get Apple's excellent data detectors which turns those into items you can click on to save.

However compare that to your options if you're using Airmail 3 for iOS instead. 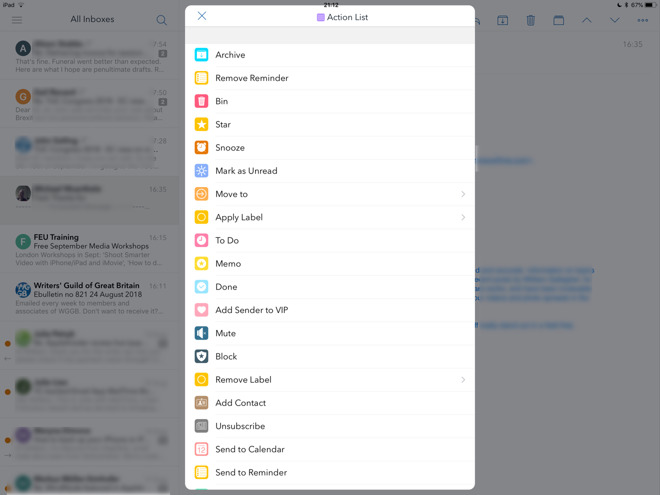 These are called actions: they are options that Airmail can perform on any email message you get. More than the quality, feel the quantity: there are too many to fit on one screen.

At present Airmail offers you around 35 possible actions you can take upon reading an email. Those do include the familiar ones such as replying or forwarding. However, it also has the ability to send the message to your calendar.

If you choose that, you are prompted through all the regular things you have to do to make a calendar appointment such as specifying time, date, place and so on. Airmail attempts to fill out as much of those for you as it can, and then it places the text of email as a note.

So when you get to your meeting, you can tap on the event in your calendar to brief yourself on what it's all about.

This sounds like the simplest of functions for an email app and, again, Apple Mail does it well. However, alternatives do find more to do -- and have features we wish Apple would adopt.

For instance, in Edison Mail, when you tap to write a new message, the To: field has a series of buttons under it. You get one button for each person Edison Mail thinks you're likely to be emailing.

So those buttons will include ones for the people you have most recently or most often emailed -- and also the ones who have sent you messages lately.

If you don't want any of those, you start typing a new name and both Edison and all email apps will try to autocomplete addresses for you.

There are features to help when you've finished writing the body of a message, too. When you finish an email in Spark for iOS, then before you hit Send, you can also tap an alarm button to set up a reminder. With that one tap, you tell Spark that it should remind you if you don't had a reply to this new email. You can specify a time, you can just click on more vague options such as Next Week.

You can also set a time that you want your email to be sent. Say you're trying to look busy or even just cool and replying instantaneously would blow it. Write the email immediately and hit Send but tell Spark to actually send it Later Today, Tomorrow or a specific date and time you pick.

That's immediately and clearly useful -- if you're on a Mac that's plugged in and online all the time. It's useful if you're on an iPhone with a cellular connection too. If you're using a WiFi-only iPad then they won't send until you have a connection again. Equally, if you write a bunch of emails before stepping onto a plane but mark them as not to be sent for an hour, they won't go until you land.

Sometimes you just need to acknowledge an email, you don't really have to think about it much. And sometimes that acknowledgement can be predictably terse -- so Edison Mail offers you some prepared replies.

It's similar to how Google does this with Gmail: the suggestions aren't random, they are calculated in some way based on what's in the email you've received.

Also like Gmail, alternatives to Apple Mail like Outlook will automatically sort your inbox to save time. What it considers to be important -- such as an email sent directly to you from someone you regularly correspond with -- will appear in the inbox. Messages that Outlook reckons aren't that important, such as newsletters, may get shunted to an Other inbox.

In theory you are best off having just one email app and so if you're on Exchange, you should pick Outlook. If you can bear it, anyway.

For the same reason, if you are a user of Apple Mail then there's a very good argument that you should be a user of the Apple Mail app. Plus in years of trying out different alternatives, we do keep coming back to Apple's one just because it's the most reliable.

Except there's nothing to say you should stick to just one.

You could try having Apple Mail most of the time but Spark whenever you're traveling and in a hurry, for instance. When you've suddenly got a lot of email coming in and have to deal with it right now, Airmail is what you need.

Know what you do and don't need

Just as some of these apps get to know what you do, you need to spend some time getting to know them. If you asked us straight out what the best alternative to Apple Mail is, we'd say that for us, it's Airmail. That's specifically because we've got used to having its swipe actions: swiping to various degrees left or right lets us trash an email, archive it, send it to OmniFocus and so on.

Yet Spark is a strong contender, Edison has many good features and Outlook -- well, Outlook gets foisted on people who can't get out of it.

There are other email apps, too, such as Polymail which aims to be best for working in teams sharing the same messages.

In theory the only way to assess them all is to try them all but you're not going to do that. In practice, do try at least a couple and stick with the first that suits you. It's going to take time for you to become used to a different email app and really able to tell whether it's for you.

There is something you can do to cut down the range of choices, though. Don't bother with an email app that isn't regularly and recently updated. That means, with regret, that you shouldn't try Dispatch. We like it but it's not been updated in a couple of years.

One more thing. If you do run two or more email apps, switch off notifications on all but one of them or you will be driven crazy. Trust us on that.

Spark is free for individuals and costs from $6.39 per user per month in a team.

Outlook is also free to download but requires an Office 365 subscription which costs from $6.99 per month.