How to watch Apple's October 30 iPad Pro and Mac event, and follow along with AppleInsider...

AppleInsider
Posted: October 29, 2018 8:50PM
in General Discussion edited October 2020
Apple is due to announce new iPad Pros plus perhaps an Apple Pencil and most likely new iMacs at its October event, starting at 10am Eastern. AppleInsider shows you how to follow what's happening at this much-awaited product launch. 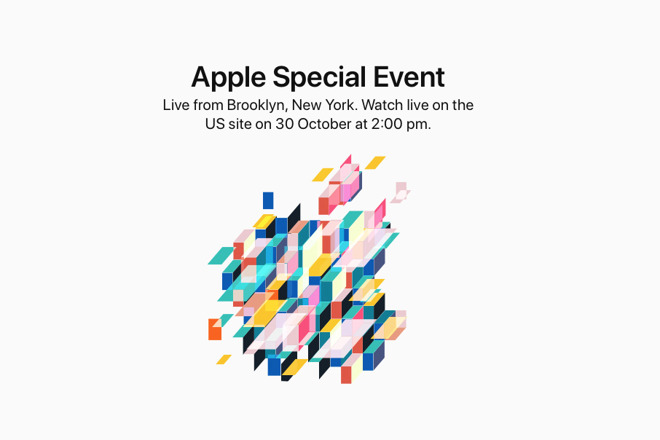 AppleInsider will be covering Apple's October 30 event as it happens so whatever you're doing, we'll keep you up to date with a live stream full of the details that matter. 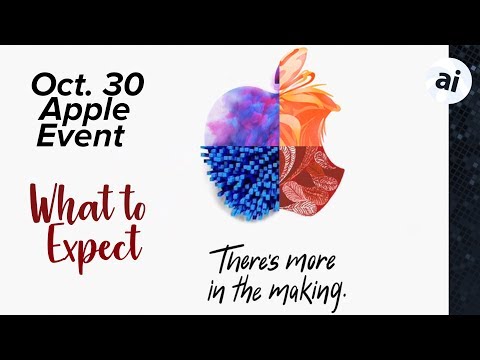 As with September's iPhone launch, Apple has again turned to Twitter to live stream the event too. To watch, you have to go to this specific tweet and tap on the heart icon. If you do that, Apple will send you updates both about when the live video is starting and with details of what's announced through the event. 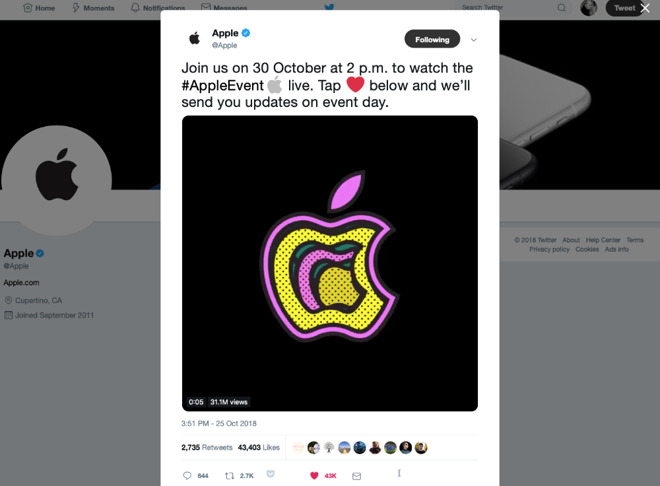 Alternatively, you can watch the live video via Apple's own event page. You'll find that the video feed starts a few minutes before the event but also that it requires certain browsers to work.

Unsurprisingly, the video will play perfectly on Safari for both macOS and iOS. Apple says that Microsoft Edge on Windows 10 will work too. Ahead of the September iPhone launch, the company also said that "recent" versions of Chrome and Firefox may work, but stopped short of guaranteeing it.

Then if you have an Apple TV you should be able to watch it through that. Owners of second- and third-generation Apple TV models should find it available on their home screen. If you have a fourth generation or an Apple TV 4K then you may have to download Apple's Events app from the App Store.

This event is expected to see new iPad Pros launching alongside a revamped Apple Pencil and perhaps much more. For full details of what to expect we will see -- and what we won't -- read the AppleInsider guide.