AppleInsider
Posted: December 19, 2018 10:40PM
in iPad edited February 2020
Apple on Wednesday confirmed "some" 2018 iPad Pro models ship out to consumers with a slightly bent chassis, though the company says the deformation does not degrade performance and is not considered a defect. 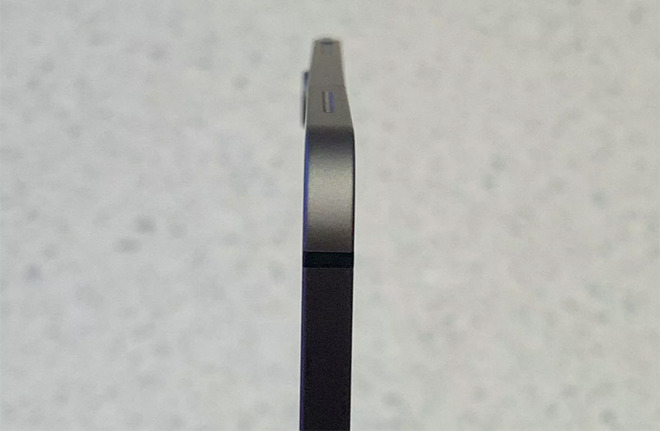 In a statement to The Verge, Apple said the bend is a byproduct of the manufacturing process. Specifically, the warpage results from a cooling process affecting the tablet's metal and plastic components.

Supporting Apple's claims are photos of bent iPad Pro units that exhibit bends at or near the plastic antenna "lines" that trace their way around cellular-capable versions of the device. The company did not specify whether the issue is restricted to LTE models, but users of Wi-Fi only versions have posted complaints regarding similar bending to social media outlets.

Reports of curved or bent iPad Pro models began circulating online shortly after the device debuted in November. Some impacted users have claimed the bend slowly emerges after weeks of use, while others noticed an abnormal curvature out of the box.

According to Apple's statement on the matter, affected iPad Pro units arrive bent from the factory. Indeed, The Verge sent a bent unit to Apple's engineering team and received a brand new replacement that exhibited the same curve in its aluminum chassis.

Whether the tablets also bend, or bend further, over the course of daily use is unknown.

One of the first documented cases appeared on YouTube when JerryRigEverything destroyed an iPad Pro with what appeared to be minimal effort. As AppleInsider noted at the time, most modern devices are designed to be as thin as possible, making them susceptible to warping under severe stress. Apple reduces the chance of buckling through the use of high grade aluminum and internal support structures, though even its products cave when enough pressure is applied.

For its part, Apple told The Verge that concerns over the tablet's structural integrity are unfounded.

The report notes owners who receive a bent unit from the factory should be able to replace it with little trouble. More severe warping due to accidental damage would necessitate an AppleCare+ claim or out-of-pocket fee for replacement. That said, Apple typically does not conduct free replacements beyond a customary two-week grace period, meaning owners who are just now noticing a bend in their iPad Pro might be out of luck.

Apple points out that its latest iPad Pro is seeing a normal return rate, suggesting most users have not observed or are not bothered by the manufacturing side effect. That could change in the coming weeks as today's report circulates. Consumers who pay upwards of $800 for a tablet undoubtedly want a perfect device, one free from even the slightest aesthetic foible.

Apple has dealt with similar problems in the past, most notably the so-called "bendgate" controversy that afflicted iPhone 6 and 6 Plus smartphones in 2014. The first of Apple's phablet-sized handsets, the iPhone 6 series was for some users prone to bending during everyday use. Apple rectified the problem by utilizing stronger 7000 series aluminum in its devices starting with iPhone 6s in 2015.
«12345»