AppleInsider
Posted: January 7, 2019 1:03AM
in General Discussion
At the 2019 Consumer Electronics Show in Las Vegas, Moen showed off an iOS-connected leak detector to save money and protect your home -- and announced that the U by Moen shower head finally will be receiving its long-awaited Siri and HomeKit update in early 2019. 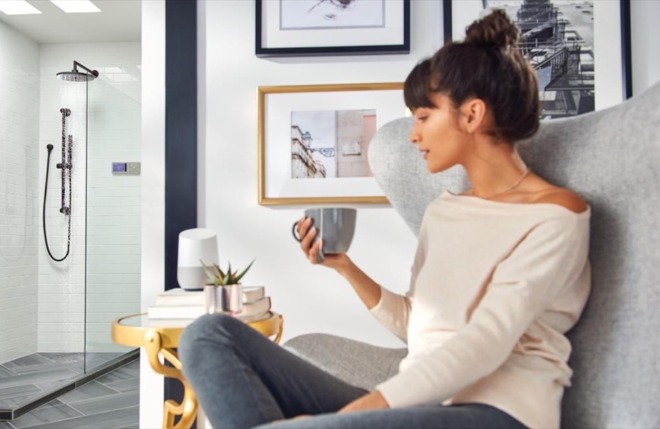 U by Moen showerhead

The U by Moen saw its debut at CES 2017. During the show in 2018, we saw new features such as integration with Alexa and Siri, but Siri never came. Moen is now following through that promise, delivering full Siri and HomeKit support in the first quarter of the year.

Using Siri, you can ask Apple's virtual assistant to turn on the shower or start one of your presets. Perhaps you prefer a cool shower after a workout or a hot one after a long day. Using Alexa or Google Assistant you can also specify the exact temperature you'd like the water to reach. It works via an iOS app as well as 5-inch LED display which will even change colors as the water heats to temperature.

A new matte black finish is also available, allowing for more tailoring to your bathroom's aesthetics. 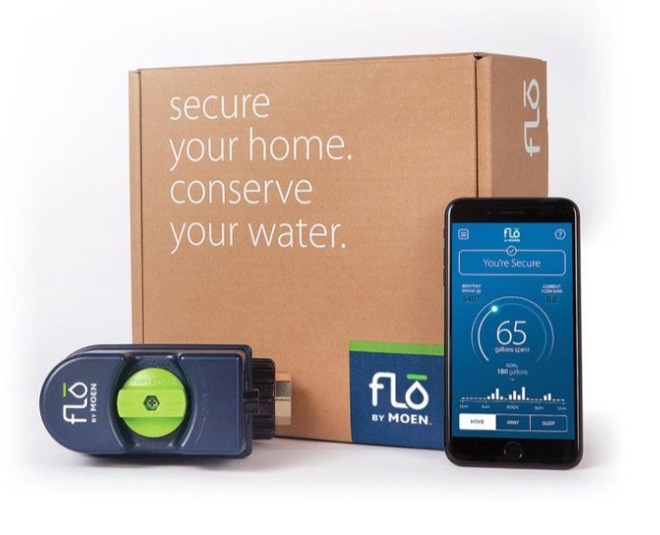 The second announcement from Moen during CES this year was the introduction of Flo by Moen. This small controller sits on the houses main water supply to monitor the water going into the house. Thanks to a partnership with Flo Technologies, this device can detect leaks as small as a drop per minute, anywhere in the home. Including the foundation or behind walls.

By detecting leaks, it can potentially save money on water, as well as preventing your home from being badly damaged. A built-in temperature sensor can alert you if your water is approaching freezing, potentially saving you from a burst pipe.

Optionally, customers can subscribe to FloProtect for $5 a month which offers an extended 3-year warranty, $2,500 deductible guarantee, proactive monitoring, and enhanced analysis.