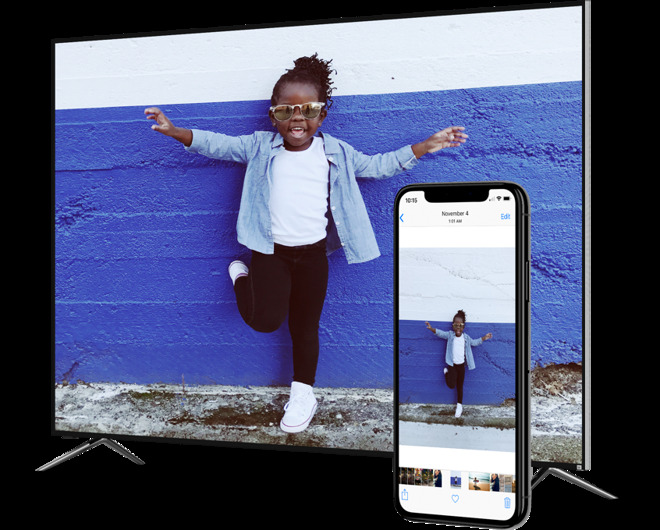 The option will first arrive this quarter for U.S. and Canadian beta testers of Vizio's SmartCast 3.0 platform. It will go live for all SmartCast-equipped TVs in the second quarter as a free software update.

AirPlay 2 will allow people to push photos, video, and audio to Vizio TVs. It will also enable some limited Siri control on devices like iPhones and HomePods, and integration into HomeKit automations. Through Apple's Home app people will be able to turn a TV on or off, change volume, and even switch inputs.

Samsung surprised the tech industry on Sunday by revealing itself as the first TV maker to promise not just AirPlay 2 compatibilty but a native iTunes app. Until now AirPlay 2 has been limited to speakers and receivers, and iTunes to Apple hardware and a Windows app.

Apple is presumably laying the groundwork for its upcoming streaming service, due to launch sometime in 2019 with $1 billion or more in original shows and movies. While the first-party video could be free on Apple hardware, the company may also be aiming to sell subscriptions to outside services, and eventually its own paid content. Limiting access to Apple platforms would likely make it hard to turn a profit.