AppleInsider
Posted: January 7, 2019 5:09PM
in iPhone
A third TV maker, LG, said on Monday that it will bring AirPlay 2 and HomeKit compatibility to its 2019 models. 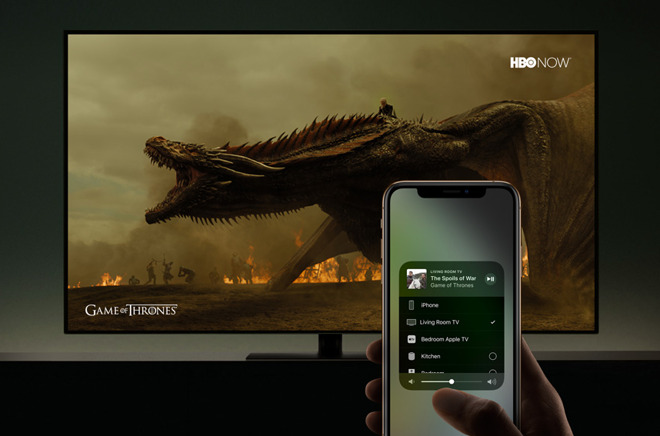 AirPlay 2 will allow people to push photos, video, and audio to LG TVs. It should also enable some limited Siri control through devices like iPhones and HomePods, and interweaving with HomeKit automations. Via Apple's Home app, people should be able to turn a TV on or off, change volume, or even switch inputs.

LG didn't immediately provide any more details, such as whether it might update software on existing TVs.

The announcement follows Vizio's earlier on Monday, and Samsung's on Sunday. Samsung went a step beyond, promising a native iTunes app. Until this week AirPlay 2 had been limited to speakers and receivers, and iTunes to Apple hardware and a Windows app.

Apple is presumably laying the groundwork for its upcoming streaming service, due to launch sometime in 2019 with $1 billion or more in original shows and movies. While first-party video could be free on Apple hardware, the company may also be aiming to sell subscriptions to outside services, and eventually its own paid content. Limiting access to Apple platforms would likely make it hard to turn a profit.