AppleInsider
Posted: January 9, 2019 4:43PM
in General Discussion edited January 2019
A new video claims that the Apple Watch Series 4's EKG feature might waste doctors' time and "in absolute worst case scenario" might conceivably lead to harm. AppleInsider gives in to the clickbait so you don't have to, and shows just how contorted and contrived the whole idea is. 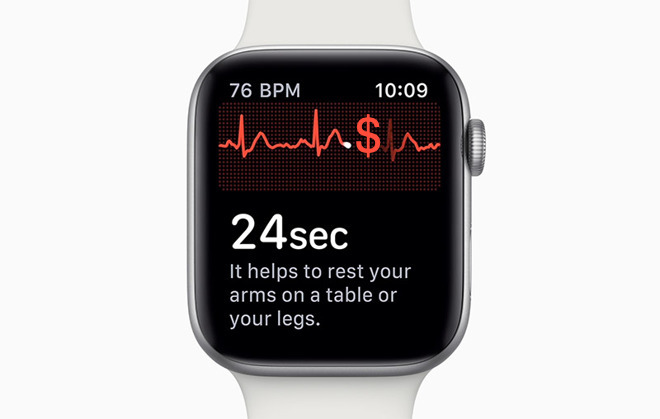 Let us be really clear here -- The Verge generally makes excellent videos but its latest about "why doctors are worried about the Apple Watch EKG" is not one of them. The piece sets out from with the preconceived notion that the EKG will overwhelm the US health system with people rushing to get checked out -- and that the Watch feature could even lead to actual harm. Then when it fails to prove any of this, reporters Angela Chen and Dieter Bohn chop up interviews to make it look as if experts agree with them.

Chen leads the tabloid-style report with this claim that the Apple Watch could be harmful because of the risk of a false positive. Chen says that "the EKG itself is safe but in absolute worst case scenario, it could be a false positive that leads to treatment that is unnecessary and unsafe." 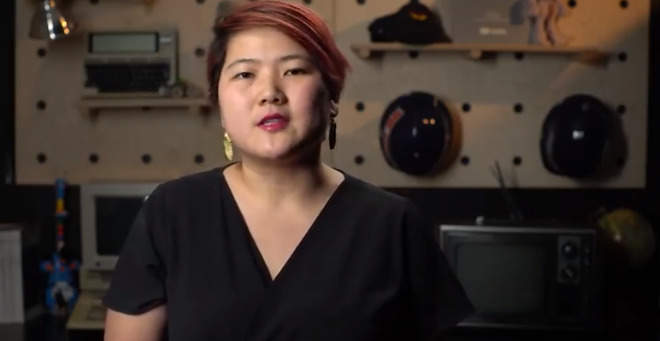 If our doctor rushed us into heart bypass surgery solely because of what he or she saw on our Apple Watches, it's not Apple we or our families would be suing afterwards. And, coronary artery disease leading to the theoretical unnecessary bypass is not the same as the arrhythmia that the Apple Watch can detect.

Nonetheless, Chen has proof they're not making wild claims. "in fact, cardiologists don't recommend using it to screen for heart problems unless you're already at risk," she says.

Think of the contortion that took to pull off. And then remember that when you hear Dr Charles Seth Landefel -- he's part of the US Preventative Services Task Force which we learn looked at this issue.

"There's no evidence there that the benefits outweigh the harms," he says, "and so therefore we recommended against using ECG screening for people at low risk for cardio-vascular disease." 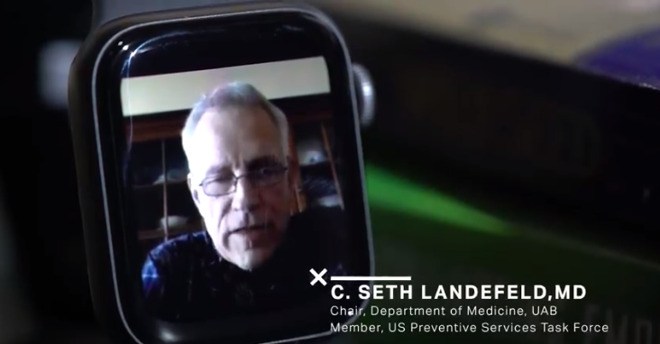 Dr Landefeld -- on an Apple Watch

That's it, case proved. Except the US Preventative Services Task Force published that recommendation and you can read it online. There is no mention of the Apple Watch. The study was into all EKG screening, not the Watch's feature which was switched on barely a month ago.

So Dr. Landefeld seemingly wasn't even talking about the Watch and Chen does make a token nod to this fact. Immediately after his comment, she qualifies it.

"And for A-fib, the condition that Apple Watch screens for?" she says. "Similar situation. There's just not much evidence that EKG [aka ECG] is worth it if you don't already have these other symptoms."

Dr Landefeld is not the only interviewee whose contribution is sliced up into chunks that appear to support the report's objective. There's also Dr Gregory Marcus, Director of Clinical Research, University of California, San Francisco, Division of Cardiology.

"We still don't know yet how frequently the Apple Watch by itself will be sufficient versus how often physicians will not feel confident in that reading and feel that some additional monitoring needs to be done," he says. "As a researcher, it's fascinating and a great opportunity. As a clinician, it's worrisome." 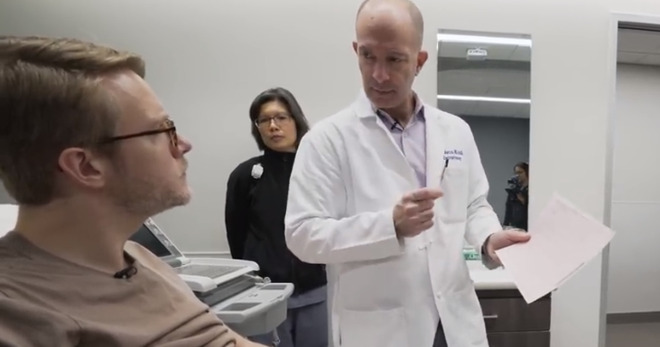 You immediately want to know why he thinks it's worrisome, and we can actually see him start to explain or to expand on the point but we don't get to hear a word. A narration cuts in to give us the report's opinion of what worries him.

When we eventually get back to him, he's saying to Bohn that people who buy Apple Watches may well be those who are already health conscious. "Whereas the people who probably have the most to benefit from atrial fibrillation screening will tend to be the older individuals who may be less tech savvy, those who aren't as concerned about their health."

It's a good point. It's just not a criticism of the Apple Watch, and yet the report cuts Dr Marcus short in order to go on to a summary from Chen.

Chen postulates that "all this means is that the EKG might be harming all these low-risk people with all this data that might be lead them to self-diagnose and get freaked out for no good reason."

The Verge thinks that taking up a doctor's time when you might, could, perhaps be "completely okay" means you're clearly wasting the resources of a US health system that might, could, maybe become overstretched because of Apple Watch.

Let it. What body count will it take from people ignoring the Watch's recommendation for it to be an okay technology? In what world is not checking out something you're worried about better than getting something checked out that's minor?

People die because they say that "it's probably nothing" when presented with a symptom.

If our Watches notify us of a potentially life-threatening condition, we are absolutely not going to ask the doctor if he or she is busy. If it turns out that we're okay, we'll pay the bill, and we'll live with that.

The Verge came in to this thinking that the EKG feature will make more Apple Watch Series 4 owners seek medical advice. That sounds likely to us, too. But having failed to make their case, The Verge pressed on anyway and selected quotes to make it appear as if there is evidence of a shocking national emergency and it's that which is making our Watches report elevated heart rates.