AppleInsider
Posted: January 22, 2019 4:28PM
in iPhone edited January 2020
The Smart Battery Case for the iPhone XS physically fits on the 2017 iPhone X -- but how well does it actually work with the older device? AppleInsider puts it through its paces. 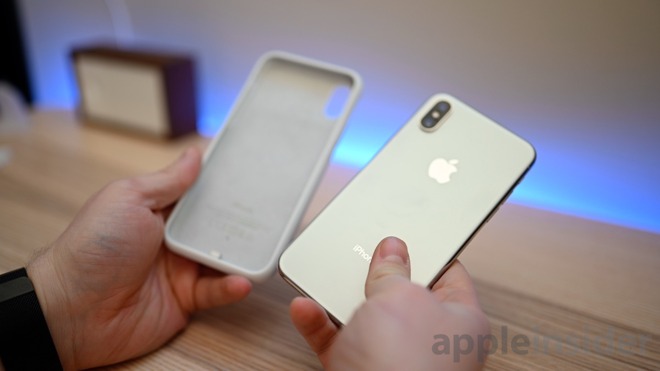 Apple launched a newly designed version of its Smart Battery Case for the iPhone XS, iPhone XS Max, and iPhone XR but left the iPhone X out in the cold -- at least on the packaging. On the surface, this makes sense with the iPhone X being a discontinued device, but unfortunate for those who want to boost the battery longer on their roughly year-old device.

We grabbed the white iPhone XS Smart Battery Case and our iPhone X and put it on to see if it would charge, if it fit, and if there were any other side-effects -- like audio issues -- from using a case that wasn't designed for it. 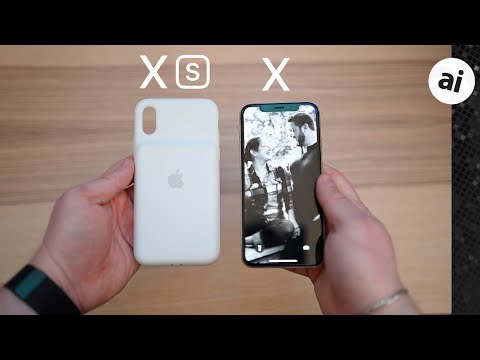 Before everything else, we needed to know whether it would charge. For us, the answer was an immediate yes. As soon as we slid the case on, the phone sprang to life and displayed both battery capacities for our phone and the case. 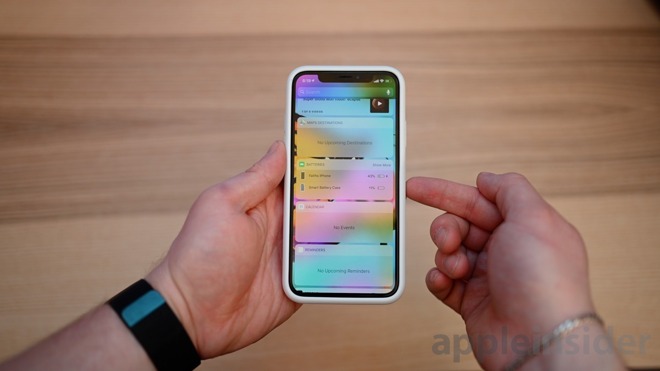 We got no iOS alert as others reported saying it was incompatible, and instead, it just worked. Our iPhone X was running iOS 12.1.2, so things could change with the public release of iOS 12.1.3, though that too is reported to be working at the time of publication.

Secondly, we need to make sure it fits our phone. There are a few design changes between the X and XS so this was a bit of a concern.

The biggest exterior change is the movement of the camera module which shifted to the left less than a millimeter. 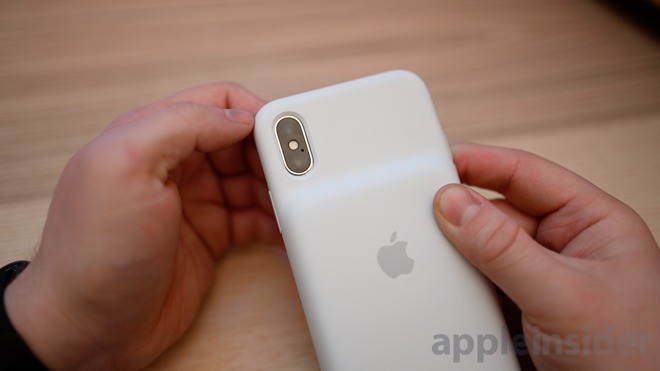 When put on, you can see that the exact dimensions of the cutout don't completely line up. There is a small gap to the right and to the bottom of the camera module, while the left side is particularly tight.

But, it still fits and the case does not encroach on the camera's line of sight.

Are there audio issues?

Another exterior change is the ports on the bottom of the phone used for the microphone and speaker. The iPhone X had six penetrations on either side of the Lightning port. The XS has six to the right, but only three to the left. 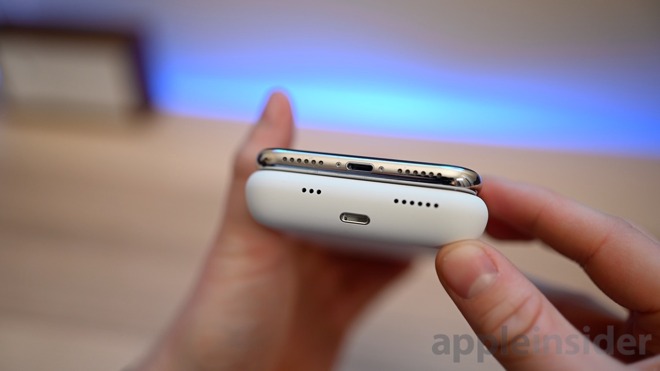 This could block ports and hamper the iPhone's mic or speakers. We first tried the speaker, which is on the right side. 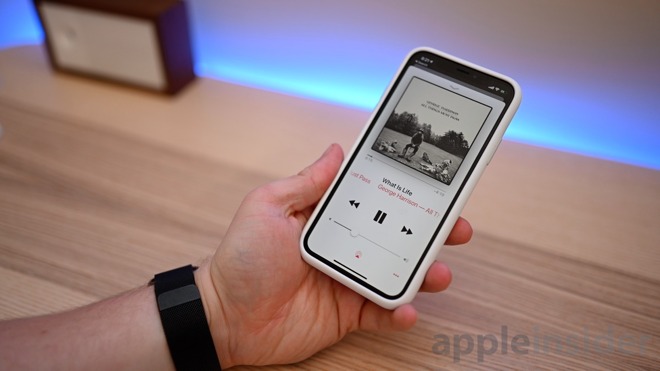 To test, we played music with the case on and off and checked for clarity and volume. As these ports largely seem unchanged, we noticed no difference in the acoustic abilities of the speaker. 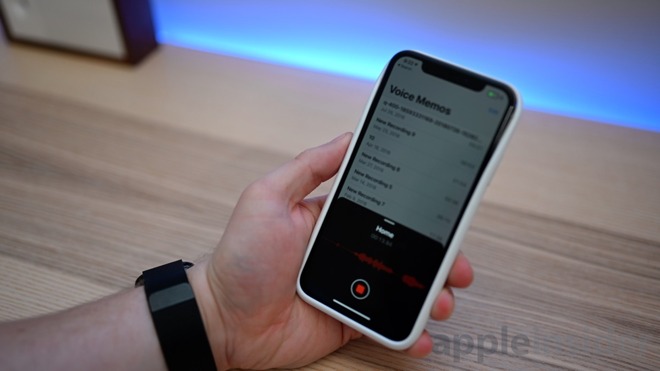 Then we tested the mic, by recording a voice memo with the case on and off, then playing back to see if we could tell a difference. This time, we did notice a small difference between the two scenarios. With the case on, the microphone was subtly muffled.

To be doubly sure, we tried invoking Siri with our voice and took a phone call. When on the phone call, the recipient didn't notice a difference until we filled them in on what we were testing, at which point they said that they had notices a small volume change.

While there may or may not be a difference in the microphone, it wasn't a large enough discrepancy to cause alarm. It easily works well enough to continue using the case.

Apple specifically states on the iPhone XS Smart Battery Case page that it works with the XS, but doesn't mention the X. Our testing shows that it does work, even if the ports don't exactly line up. 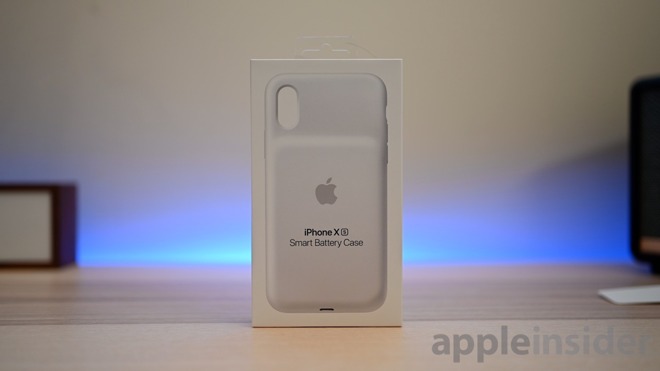 Knowing Apple's legendary attention to detail, they likely refused to acknowledge support for the iPhone X because of the small differences between the two phones. Apple wouldn't want to say it works with the camera bump being so close and the ports not lining up.

Fortunately, many won't care and those have no real impact on usage.