AppleInsider
Posted: January 15, 2019 11:56AM
in iPhone edited January 2019
A Mannheim, Germany judge has tossed one of the myriad cases between Apple and Qualcomm, declaring that the iPhone isn't violating one of Qualcomm's power management patents. 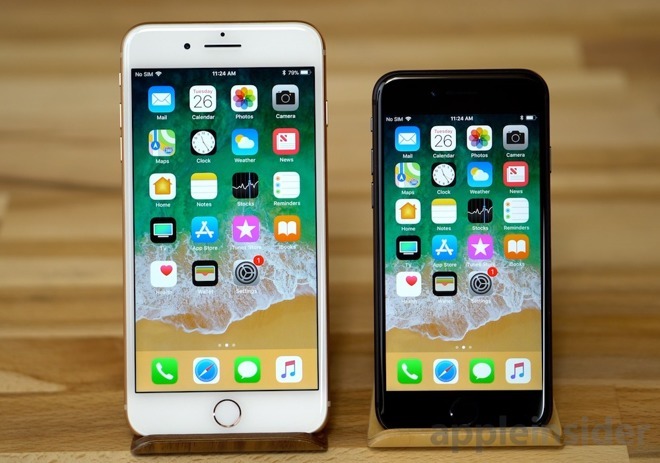 iPhone 8 Plus and iPhone 8

The judge ruled the suit in question groundless, declaring that Apple's iPhone wasn't standing in violation in an initial verbal ruling. A full filing with rationale is expected in the future, but it may not arrive for some time.

"Apple has a history of infringing our patents," said Qualcomm's executive vice president and general counsel Don Rosenberg. "While we disagree with the Mannheim court's decision and will appeal, we will continue to enforce our (intellectual property) rights against Apple worldwide."

"Qualcomm's campaign is a desperate attempt to distract from the real issues between our companies. Their tactics, in the courts and in their everyday business, are harming innovation and harming consumers," Apple wrote at the time. "Qualcomm insists on charging exorbitant fees based on work they didn't do and they are being investigated by governments all around the world for their behavior."

The ruling on Tuesday has no impact on the previous ban, already in place.

The battle between Qualcomm and Apple is unfolding on many fronts. Qualcomm won a ban on some iPhones in China, but Apple believes that a patch to iOS 12 works around the patents in question.

In the United States, the USITC has recently declared that it would review retired Administrative law judge Thomas Pender's ruling that Apple infringed one Qualcomm patent, but shouldn't face a product ban that was being sought. The review is in its entirety for the one patent that Judge Pender viewed as violated, meaning that the validity of the one patent will be re-examined, as well as the refusal of a product ban.

In that re-examination, the USITC said that it will consider not just if the patent is infringed, but if there are any national security implications in a ruling, and how long it would take Apple to design around a ban or if it already has. The ban ruling isn't binary, and the agency can also consider a limited ban, such as on one version of an iPhone, and not another -- like a ban on iPhones with Intel modems versus Qualcomm ones. Or, it could decide that Pender's ruling is correct, and uphold it.

The USITC complaint isn't the only one before the U.S. Government. A U.S. Federal Trade Commission lawsuit was filed before Apple's, and the first ruling from that was issued in November 2018 when District Judge Lucy Koh issued a preliminary ruling against Qualcomm, calling on it to license technology to rivals like Intel. It isn't clear when that trial will end, and details have emerged from it already.

Qualcomm's CEO has been saying for nearly a year that the modem chip saga will conclude soon. It isn't clear how accurate that assessment is, with a source within Apple saying that there have been no meaningful conversations between the two companies in months -- a stance recently confirmed to a wide audience by Apple CEO Tim Cook.