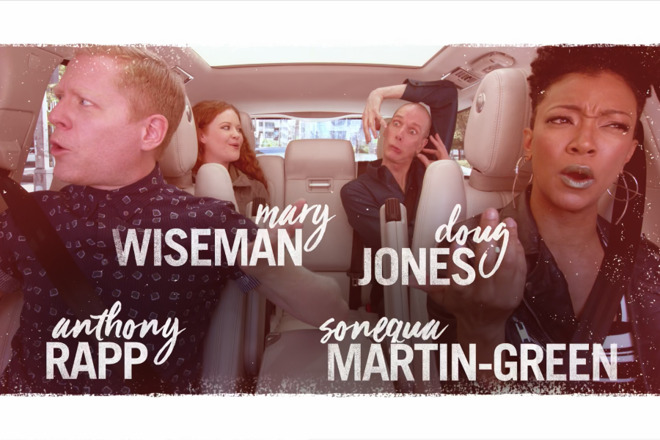 It's Starship Karaoke this time, as four of the cast from "Star Trek: Discovery" perform tracks including David Bowie's "Space Oddity" as they drive around Toronto, Canada, giving passers-by the Vulcan salute. An unusual highlight of the episode is the actors also singing in character, in Starfleet uniform and in one case in full alien makeup, on the bridge of the USS Discovery. 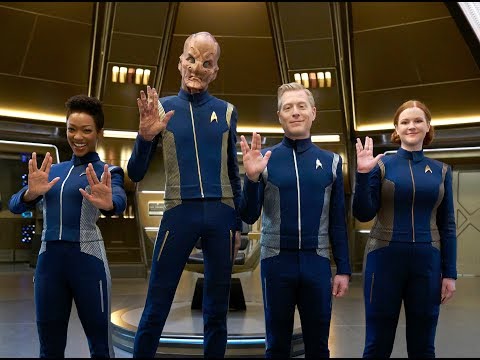 For this scene, they sing a reworked version of the song "Seasons of Love" from the musical "Rent". Anthony Rapp (Paul Stamets on Discovery), takes the lead and continues a tradition. Stamets was first person to play Mark Cohen in the 1996 Broadway production of the play, and again in the subsequent film and 2009 revival.

"There's one reason this franchise thrives," they sing. "The answer is: nerds! Thanks to the nerds! Shout out to nerds!"

The full 15-minute episode is available to watch on Apple TV and Apple's iOS TV app. You can also see it via Apple Music on Macs. "Star Trek: Discovery" airs on CBS All Access in the USA and on Netflix internationally.