AppleInsider
Posted: February 14, 2019 6:18AM
in General Discussion edited February 2019
In a new feature published by Apple on Wednesday, Hollywood director Barry Jenkins goes deep into how he has embraced technology like Mac to help create films after starting in a traditional film background.

While he started cutting film by hand in college, Jenkins soon moved to modern techniques such as non-linear digital film editing, the Apple expos reads. Now, when working on a film, he relies not only on an ARRI Alexa camera, but also a MacBook Pro and a new iPad Pro to get the job done.

"These ARRI cameras and the Apple platform are the two things that have helped me become the maker that I am," says Jenkins.

To edit, Jenkins and his fellow collaborator Joi McMillon utilized Avid Media Composer to bring everything together on their workstation Mac Pro. 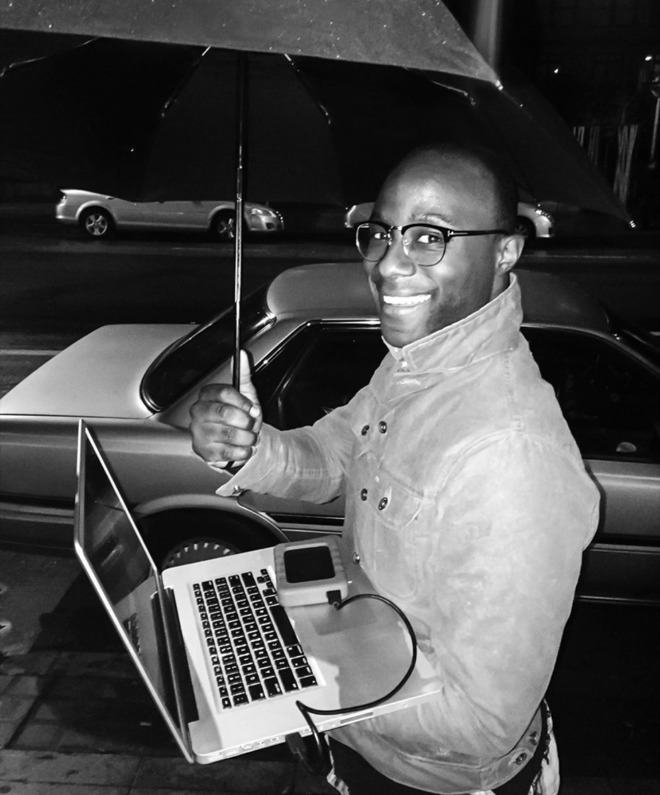 Barry Jenkins in Apple's "Behind the Mac" campaign

Jenkins can be seen in 2018's Behind the Mac ad campaign holding his MacBook Pro with an external hard drive. He stands under an umbrella in the rain, smiling with his gear, as he exports the final cut of his award-winning film Moonlight. The Apple ad ran frequently at the end of 2018 and made an appearance during Super Bowl LIII in February.

Jenkins is currently filming an adaptation of James Baldwin's "If Beale Street Could Talk," and will soon jump to an Amazon limited series based on Coulson Whitehead's "The Underground Railroad."

Jenkins marveled at how easy it is for the younger generation of filmmakers to produce great content.

"You can kind of make any damn thing right now, whether with your phone or with a DSLR," Jenkins says. "The world is a young filmmaker's oyster."

Apple might conceivably partner with Jenkins again. In November, reports claimed the tech giant is teaming up with A24, the studio behind "Moonlight," to produce content likely destined for a video streaming service that is rumored to launch in April.