AppleInsider
Posted: March 12, 2019 12:27PM
in General Discussion edited March 2019
Apple has confirmed the long-rumored March 25 event but, of course, said nothing directly about what will be unveiled there. AppleInsider examines the evidence for Apple launching a more coherent Apple News service with magazines and other publications, plus the debut of Apple's streaming video service -- and what new hardware could appear. 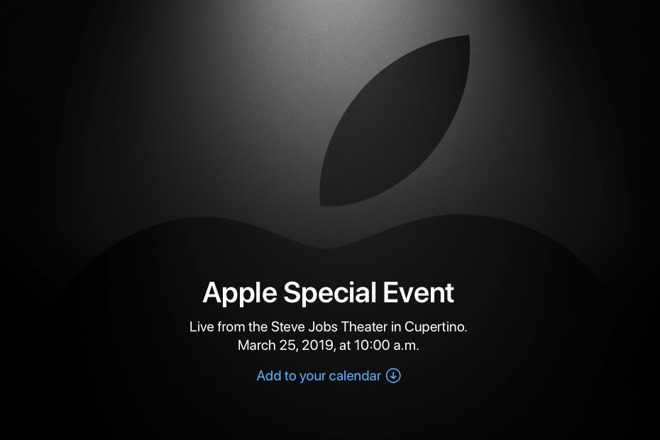 Based on the regular sources, and in this case especially from examining Apple's deals with other companies, here's what you can expect to see on March 25, plus what is in the works at Apple but less likely to appear as well.

Continuing Apple's penchant for cryptic invitations, the one for the March 25 event is headed "It's show time." The invitation isn't a static image, though, nor is it quite like last October's event where hundreds of different images were then made into an animation. This time Apple ran an old-style film countdown before unveiling a regular white Apple logo on a black background.

Given the word 'show' and the film-style intro, it does look as if this event will be all about Apple's forthcoming video service.

However, all prior rumors about the event have suggested that the real highlight of the launch will instead be Apple's subscription service of newspapers and magazines. AppleInsider questioned this, though. If Apple does launch its video service at all, it will surely bring to the stage some of the celebrity talent that we know is working on programming for it.

And if you have the likes of Oprah Winfrey, JJ Abrams, Jennifer Garner and Steve Carrell at your launch, they're going to outshine any updated news service. 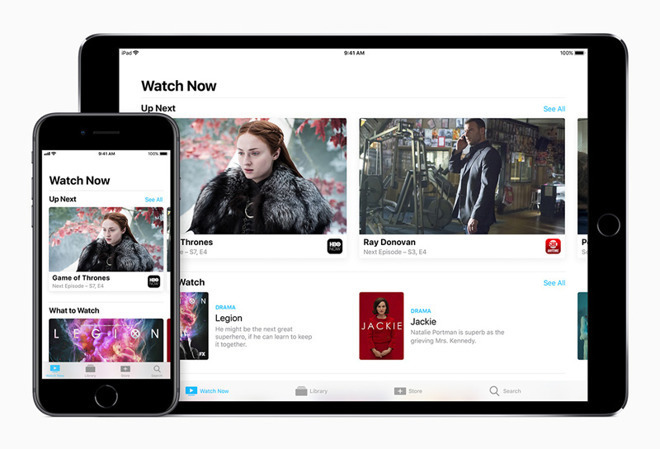 Given that and how Apple has belabored the film and show aspects of its invitation, it's now much more likely that the video service will be the centerpiece of the event.

Except that Apple is known to have spent over $1 billion on original shows for this streaming video service and undoubtedly it will want to launch it to maximum effect. And there's a problem here because some reports say that the service won't launch for another several months.

Apple announced the iPhone and the iPad many months before they were available to buy but it did so from necessity. At the time, back in 2007 and 2010, regulatory filings by the FCC would be public so details of Apple's then forthcoming phone would be known.

There can't be anything similar with a video service so it's up to Apple to decide when to unveil it. If the event does launch the video service, that service will be coming sooner than these reports expect. Otherwise, Apple's going to be left announcing nothing much more about video than, say, an update to the TV app or -- less likely but still rumored -- a mini Apple TV dongle.

What's more likely is that this all means that delays with the video service have been ironed out.

Multiple sources have said that the news service would be the centerpiece of a March 25 event. It's known, for instance, that the company has been working on a paid Apple News subscription and that's now been rumored to be called "Apple News Magazines".

That name was seemingly confirmed in beta versions of iOS 12.2 which also indicated that payments will be linked to your iTunes account. There also appears to be what's going to be called a bundle subscription, which could mean one fee for "Apple News Magazines," Apple Music, and the forthcoming Apple video service.

This follows Apple's acquisition of Texture, a service that offered access to magazines. The Apple version is expected to continue with magazines but also add newspapers. 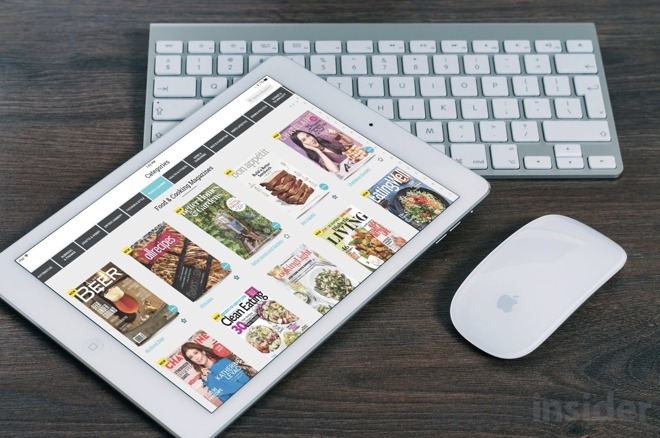 However, there are reports of issues over just how it will do that, and specifically which titles it can carry. Reportedly, Apple is planning to take 50 percent of the income from the subscription and at least some publishers are balking at that.

That may not be the case this time, at least according to the some sources that claim the rumored AirPods 2 and fifth-generation iPad mini will not be launched at this event.

While there have been conflicting rumors, the most likely evidence says now that AirPods 2 will launch in the fall. This first redesign of the AirPods is expected to include greater health-related features and improved sound. 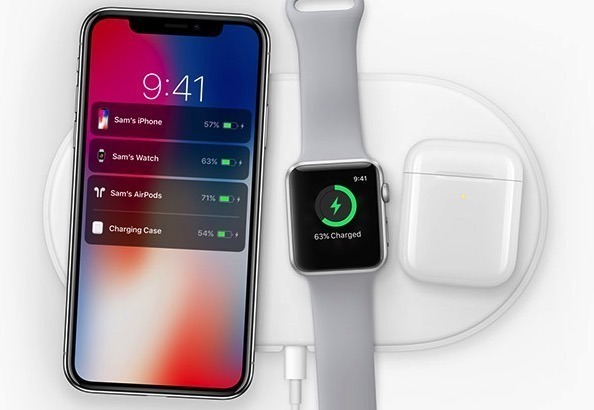 The AirPower charging pad may be launched and if so, there will be a small AirPods update too

We might, however, see another kind of update to the AirPods. Other reports say that the much delayed AirPower charging mat is so close to release that TV advertisements were being filmed in February. If Apple does show the AirPower charging pad, it will also show an updated AirPods case that can be charged using it.

We know that about the updated AirPods charging case because Apple has actually said that it will be releasing one. Anything else is really a guess until Apple's event itself, but some guesses are persistent and even reasonable. While there have been fake reports of the iPod touch returning, for instance, there is still enough real substance to mean it is possible. Whether it's probable or not is another question, but a 2019 iPod touch would be a great device to watch Apple's new video service on.

That might be particularly relevant since iOS and Apple TV are both significantly better for video than the Mac. You can't currently play 4K video on the Mac, for instance.

There is other hardware that has long been expected, too, as Apple is arguably overdue to update the iMac. It was the surprise omission at the October 30, 2018 event which otherwise saw the Mac mini and the MacBook Air released.

This doesn't mean the iMac is any more likely than other hardware to be launched at the March 25 event, however, as Apple now has a history of doing certain hardware updates with just a press release as it did with the refreshed MacBook Pros in summer 2018.

If an iMac update were something like a minor speed or other specification improvement, we'd be certain Apple would do it via a press release. And equally if it were a major design change, we'd expect a new iMac to appear at an event. However, some of the updates to the MacBook Pro line were substantial so it may be more a case of what Apple can best fit into its events to get the most mileage out of the media in attendance.

The show's the thing

It's never just a case of what's ready to be launched. It is always a case of what Apple can make the most impact with and that involves both launching major products and making sure that they don't compete with each other for attention too much. Apple wants everyone buying everything, it doesn't want us diverted by too many options.

This makes us question the idea that Apple will launch both the news and the video service together. The news service doesn't feel like enough of a show to make an Apple event about all by itself, yet it would be drowned out if Apple also launched its Netflix competitor at the same time.

And maybe Apple is going to use this event to double down on how it uses security as a selling point for its devices. Early in March 2019, the company bought and registered the website domain name PrivacyIsImportant.com. There's still nothing on that site, nothing whatsoever, but we can well see Apple launching it at an event.

We'll know on March 25 and Apple has announced that, as ever, the event will be streamed live.