Bethesda opens 'The Elder Scrolls: Blades' for iOS up to some players in early access

AppleInsider
Posted: March 28, 2019 1:48PM
in iOS
Game developer Bethesda is getting closer to releasing "The Elder Scrolls: Blades," a game from the franchise for iOS, by opening up the mobile title to play by fans in an "Early Access" period ahead of the game's full release. 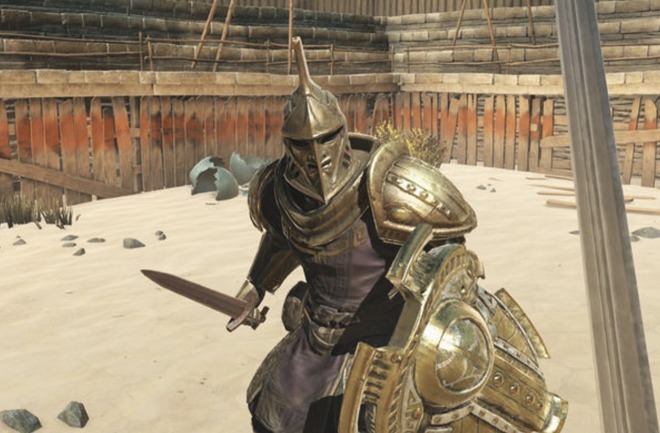 Originally revealed during E3 in June 2018 and featured at WWDC, "The Elder Scrolls: Blades" is a role-playing game from the franchise made with mobile gaming in mind. The game was delayed from its original launch in December to early 2019, with new updates from the developer suggesting it may end up being released without much of an increased delay.

The tweet from the official Edger Scrolls account advises the game is "officially in Early Access," a state where games are typically almost complete but players are allowed to try out before launch in order to discover any unfound bugs or other issues. Early access is also used as a way to promote games just before launch.

As part of our #TES25 celebration, we're excited to announce that The Elder Scrolls: #Blades is officially in Early Access!

Ready to play? We're inviting players in waves, so make sure to keep an eye on your email for the invite.

Playable in landscape and portrait modes, the game sets the player as one of the Blades, one of the "empire's tp agents," who has discovered their home has been destroyed. This leads players on an adventure through dungeons and dangerous terrain to rectify the situation, as well as to build up their town and to improve their skills.

Initially launching on iOS and Android before releases on PC, console, and VR, the game will be a free-to-play title. Those interest in taking part can sign up via Bethesda's website, with players said to be invited to take part in the early access period "in waves."

The game will support the iPhone 6s and newer models, the iPhone SE, iPad Pro, iPad mini 4 and later, and iPad Air 2 and 3. It is unclear what version of iOS is required in order to play.