Fear and nagging: How the Apple Watch annoys you into getting active and losing weight

AppleInsider
Posted: April 12, 2019 2:34PM
in Apple Watch edited April 2019
The Apple Watch is well known for its ability to keep track of a person's activity throughout the day, but its greatest weapons in getting users to move around more are not the monitoring, nor its rings, but the constant nagging and it fostering a compulsion to work out. 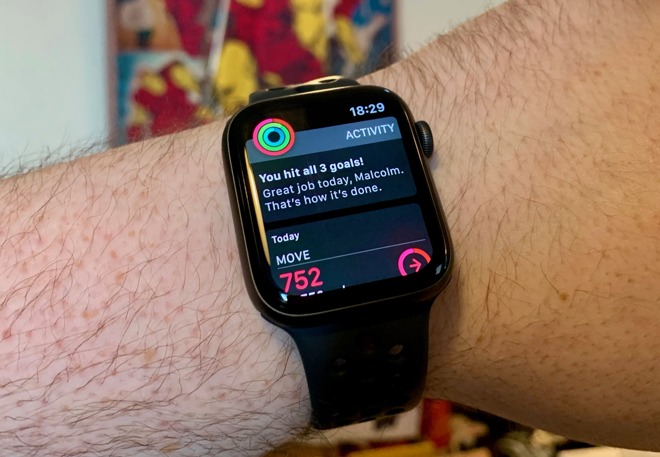 Effectively the benchmark that practically all other wearable devices must attempt to meet, the Apple Watch is celebrated for being a great aid for fitness and weight loss. Having a small device attached to an arm that knows how little exercise you have actually done can certainly drive a person to get out and about.

Having a piece of evidence that follows you around, noting how your heart is elevated whenever you get out of a chair to get a drink from the fridge, how few steps you walk each day traversing the local area, and remembering that you haven't gone to the gym in two weeks, certainly has the potential to cause shame as the wearer takes a long hard look at their gut in the mirror.

Just being aware that there is something that knows about this self-shame and has the receipts to back it up can be enough to drive someone to do something about it. However, an inanimate object's knowledge is not the only tool in the Apple Watch's arsenal. 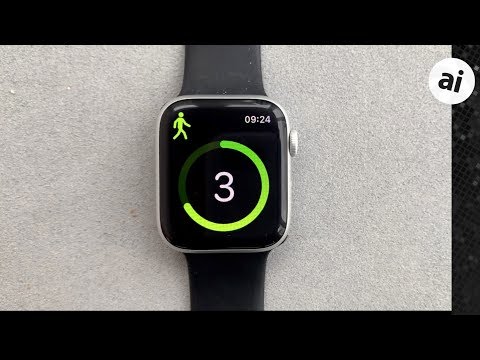 Apple's addition of the famous rings, which it has featured in some of its advertising campaigns for the device, gives the Apple Watch another way to urge people to do more with their bodies. Users have three different targets relating to active calories burned, exercise time, and moving around once an hour, which could broadly be considered decent goals for the average human being to try and hit.

This gamification of fitness, including notifications of how well each target was met or how far it was missed, can give the more competitive users a kick in the seat of their pants. The opportunity to share the results with contacts who have their own Apple Watch goals feeds into this, as even though there may not be any direct competition, some cannot help but to compare themselves with their friends and relatives, and to simply do "better" than them.

The granting of awards for passing workout goals or for achieving a number of days in a row of closing the various rings can also apply pressure to the situation. The same people who like collecting everything they can in "Pokemon Go" and other games may find themselves feeling a similar need to acquire all of the different awards on offer, or at the very least to avoid missing out on a time-limited goal.

The feeling of direct competition even persists despite there being a disparity between individuals, due to different lifestyles and what the Apple Watch observes. 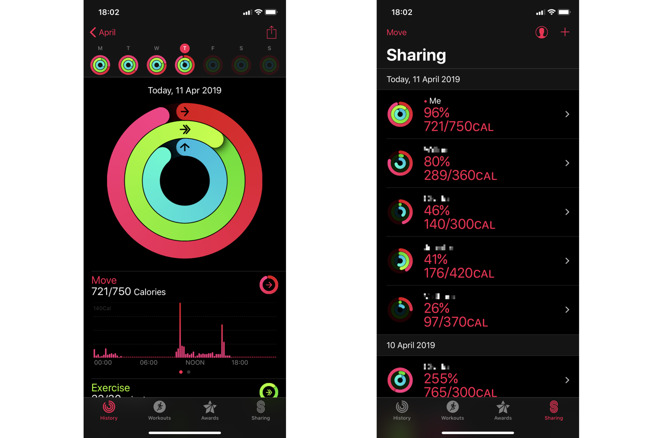 It may look good to beat your peers, but it's more frustrating if they beat you and have far lower targets

One example is comparing the percentage complete of the Move ring, as while you can sort by the percentage of the ring is closed. Sure, a colleague may have achieved 101 percent of their Move ring compared to your own 93 percent, even though they have a calorie target almost half yours, the competitive part of some people's personality will still take it as a challenge, despite having already done more exercise in the first place.

On an individual basis, the differing levels of exercise could lead to wildly different aims for the monthly challenge awards. For April, this writer has been challenged to do "30 workouts that last for 15 minutes or more" in the month, yet a contact has been set to do half the amount. Even knowing there is a dramatically bigger workload, work is still being done to try and achieve the target.

The urging to continue to meet the targets also lends itself to another subtle encouragement technique. Based on Jerry Seinfeld's "Don't break the chain" advice for forming productive habits, getting users to build up enough of a target-reaching streak can foster an initial encouragement to keep up the good work and to not give up.

Eventually, there becomes a point where there is such a large streak built up that it becomes a problem. The streak can become sizable enough that the user may feel the need to be lazy for once, but the threat of breaking the streak and starting from scratch means they can't do that.

The compulsion to keep the streak intact doesn't quite count as fearing the broken chain, but it can be unsettling to realize that you're potentially close to failure, and that can cause people to do unusual things at the last minute. 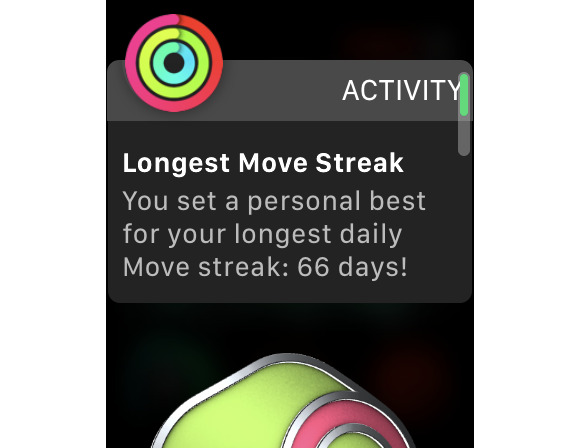 The higher the streak goes, the further the drop back to zero.

It is likely that the Apple Watch has helped increase the numbers of people willing to go for a close-to-midnight walk, a late night gym visit, to jump onboard the bedroom exercise bike at 11pm, or simply to sit at their desk waving their arms about in an impersonation of Animal at the drums to get the hourly movement target cleared.

By way of example, the music tuition game "Rocksmith," which uses a real guitar and is effectively "Guitar Hero" for masochists, measured how many days in a row I had practiced. Discovering the figure after a month of play, there was this need to keep that number from failing, of breaking the chain.

For the next year, it was imperative to play the game at least once a day, to preserve the progress made on that simple statistic, and it was a task that resulted in restrictions to my life. I felt I couldn't go out for more than 48 hours, and even if I stayed elsewhere overnight, I made sure to play just before leaving and as soon as possible after returning, to keep everything intact.

This persisted until the one-year milestone was reached, which gave a perfect opportunity to break the chain at a significant number. Breaking the chain after a year of self-imposed worry was freeing, which was an unusual feeling to have considering it's all about a game.

A similar situation is starting to appear on the Apple Watch, as the Longest Move Streak has reached mid-level double digits. Despite the target being quite high compared to my peers, it is still relatively easy to reach the goal each day, but at the back of my mind, I'm somewhat edgy about failing for one day and seeing that counter rest back to nothing.

The gamification, competitiveness, and the compulsion to not break the current streak all ties into arguably the biggest arrow in the Apple Watch quiver -- pester power.

The constant tracking of the user's movements, whereabouts, and general activity certainly isn't done quietly. Throughout the day, the wearable device offers many progress updates, in an attempt to nudge users in the right direction.

Watch wearers get used to the influx of alerts about how lazy or active they have been throughout the day. You're told if you're ahead or behind what the Apple Watch considers is your "normal" activity level by a considerable amount, as a hint that's about as subtle as a brick to the face.

Even if you have managed to get close to your self-set calorie usage target and have plenty of time left to close that particular ring before the end of the day, more often than not a notification suggesting going out for a brief walk will be made, sometimes for comically short periods of a minute or two.

The notification to stand up is possibly the most annoying of the lot. For sedentary people working at a desk, there's an alert ten minutes to the hour poking you to stand up and move around in the brief remaining window of time before the next hour arrives, something that may not necessarily be possible for people in the middle of an important task, and doubly frustrating when it cannot be appeased.

You're even repeatedly reminded by the Breathe app to take a minute or two to just relax. It's odd that a mechanism to destress uses a stress-generating system to tell people its time to stop stressing, but that's what Apple has implemented.

The occasional notifications advising you're a number of days into a streak for meeting your Move goal is framed as encouragement, but when you're in a chain of days that's double digits deep, it can sometimes feel like a mobster telling a shopkeeper that it would be a shame if anything happened to their business. Granted, one with barely any real-world effect other than resetting a counter to zero, but even that threat can be a powerful driver to do as it asks.

You're not the boss of me

The regular bombardment of telling the user they should be doing something can be an annoyance after a while. After the honeymoon period when it is a novelty that Apple is trying to make you do the right thing and take care of yourself, there is a time where the Apple Watch notifications can trigger annoyance, and in this writer's case, moments when he is telling an inanimate object on his wrist to go for a long walk off a short pier.

Thankfully, the era of irritation does pass for the majority of people, albeit at different rates, but the more compulsive and easy to be worried over things of minimal consequence will be stuck for quite a while longer.

The notifications can certainly be turned off or refined in what is displayed, which may be of some relief to those who fear they may become slaves to the Apple Watch. Turning off some of the alerts and giving yourself permission to fail could lessen the potential anxiety, while also removing the traps that compel you to go on. 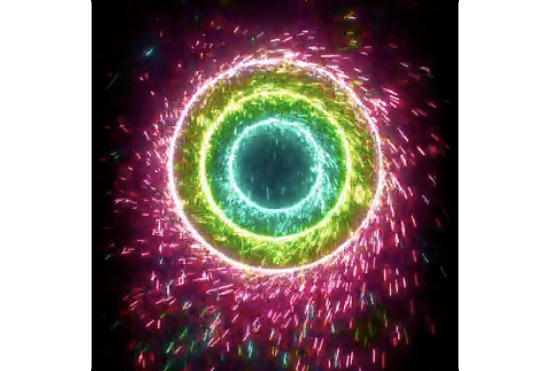 The ring closure fireworks are a treat for doing well, and a sign you can relax for the rest of the day.

Bossing the user around is certainly the biggest element of how Apple intends to get its customers healthier. The countless tests and exhaustive research by experts has led to the ideal workout partner, one that is highly effective at making people move, and won't cry or put up a fight from any verbal retaliation that may come its way from pestering its target.

The little vibrations and sounds of yet another alert reminding the user that they are fat, unfit, and should do something about it are vexatious, but a necessary evil. A loved one may shy away from telling an unhealthy person they should go for a run, but the Apple Watch has no problems doing such a thing, and it will continue giving its little nudge until it either succeeds or the user is ticked off enough to mute them.

However, turning off the notifications doesn't stop those who take to the various encouragement mechanisms at work from knowing full well there's a small device that silently passes judgment on their inactivity, threatening with the weakest in terms of punishments that cause practically no harm to a person's life or wellbeing.

Sometimes the biggest motivator to a person is knowing that they have failed themselves. The Apple Watch only provides the evidence, and if you give permission to do so, it certainly won't let you forget about it.
«12»