AppleInsider
Posted: May 3, 2019 12:08PM
in iPhone edited May 2019
Another 'Right to Repair' bill that would have made device producers provide the resources for consumers and third-party repair outfits to fix devices has been put to rest, with intensive lobbying from tech companies including Apple said to be behind the killing of the legislation. 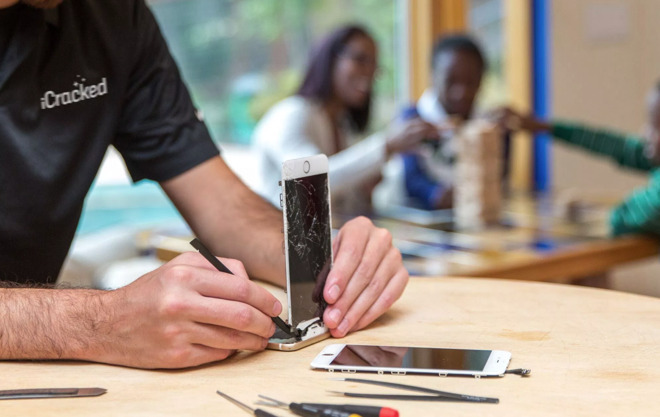 A bill presented to the Ontario Parliament in February sought to provide the first-known legislation in Canada that would encourage manufacturers to assist customers in fixing their failing hardware. The bill would have mandated the ability for individuals and businesses to acquire official parts from the manufacturers, such as replacement iPhone displays from Apple directly, as well as repair manuals and diagnostic tools, at a reasonable cost.

On Thursday, the bill had a second reading and debate, reports Motherboard, but ended its journey at that time. The debate, which was to determine if more research and discussion was warranted to create the final bill, saw some members of parliament urge others to vote yes to explore the issue, but members of the ruling Progressive Conservative Party of Ontario provided resistance.

It was argued the bill would work against the government's "Open for Business" slogan by harming the intellectual property rights of US companies, potentially causing some to stop selling their goods in the province. One MPP, Kaleed Rasheed, made the claim companies would be forced to hand over "codes" and "security stuff," despite those not being called for in the bill.

Liberal MPP Michael Coteau revealed he was approached by the Electronics Product Stewardship Canada, an industry group that represents companies including Apple, as well as representatives from Apple, Samsung, and others directly. The collective position was that of the bill compromising intellectual property rights, as well as claiming home repair was a "public safety issue," arguing it is "dangerous for people to open up electronic devices and fix it themselves."

The death of the Ontario Right to Repair bill follows a similar event in California on Wednesday, which saw its own similar bill be pulled by a co-sponsor for a second time, following pressure from lobbyists. The yanked bill gives tech companies who would have been affected by the legislation a one-year reprieve, before it would be presented again.

Apple's lobbying in California used the same argument that consumers would potentially hurt themselves by undertaking a repair, possibly by puncturing the lithium-ion battery within many devices.