AppleInsider
Posted: May 13, 2019 4:55PM
in General Discussion edited May 2019
Users of older versions of Creative Cloud apps, including Photoshop, Premiere Pro and Lightroom Classic, have been told by Adobe that they are no longer licensed to use them, and anyone who continues to use these versions could face "infringement claims" from other companies. 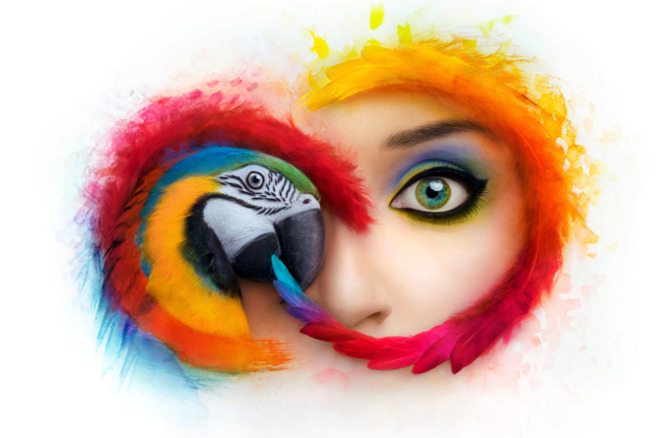 Users of older versions of Adobe Creative Cloud apps including Photoshop have been told to stop using them or face potential "infringement claims" from third-party companies who are unnamed but suspected to be Dolby. Adobe cites only "ongoing litigation" as the reason for the abrupt announcement.

"Adobe recently discontinued certain older versions of Creative Cloud applications. Customers using those versions have been notified that they are no longer licensed to use them and were provided guidance on how to upgrade to the latest authorized versions," said Adobe in a statement to AppleInsider.

"Unfortunately, customers who continue to use or deploy older, unauthorized versions of Creative Cloud may face potential claims of infringement by third parties. We cannot comment on claims of third-party infringement, as it concerns ongoing litigation."

Instead, users are receiving the equivalent of a cease and desist email, informing them that the apps that they are using are discontinued.

I just got an email from @Adobe that I'm no longer allowed to use the software that I'm paying for. Time to cancel my subscription I guess.

Twitter user Matt Roszak was the first to report on the official Adobe email but many others have now followed suit. Each person has received a personalised email specifying the older apps they are using, which so far appear to include Photoshop, Premiere, Lightroom Classic, Animate and Media Director.

In response to other complaints on Twitter, the company's @AdobeCare account repeated the information and added one more detail. "We cannot comment on claims of third party infringement," says a series of tweets, "as it concerns ongoing litigation. Third parties include any person or company who may have a claim of copyright or other IP infringement by virtue of your continued use of the unauthorized products."

Another similar support response says that this is "due to a copyright dispute."

While Adobe has not said who the dispute is with, the company is presently being sued by Dolby. Through a legal complaint filed in March 2019 with the US District Court and the Northern District of California, Dolby is seeking a jury trial over issues of "copyright infringement and breach of contract" against Adobe.

Prior to the creation of the Creative Cloud subscription service, Adobe licensed certain technologies from Dolby with an agreement based on how many discs of certain apps were sold. Now that the software is distributed online, the companies reportedly renegotiated their agreement to be based on how many users are actually running the software.

According to Dolby's legal filing, this agreement was subject to the figures Adobe reported being examined by a third-party audit. "When Dolby sought to exercise its right to audit Adobe's books and records to ensure proper reporting and payment, Adobe refused to engage in even basic auditing and information sharing practices; practices that Adobe itself had demanded of its own licensees," says the filing.

"Adobe apparently determined that it was better to spend years withholding this information from Dolby than to allow Dolby to understand the full scope of Adobe's contractual breaches," it continues. "Yet the limited information that Dolby has reviewed to-date demonstrates that Adobe included Dolby technologies in numerous Adobe software products and collections of products, but refused to report each sale or pay the agreed-upon royalties owed to Dolby."

Customers who continue to use or deploy, unauthorized versions of Creative Cloud may face potential claims of infringement by third parties. We can not comment on claims of third party infringement, as it concerns ongoing litigation. ^CS https://t.co/wx2K8MXov9

Earlier in May, Adobe announced that that users will no longer be able to stay on just any older version they want.

"Please note that going forward, Creative Cloud customers will only have direct download access... to the two most recent major versions of Creative Cloud desktop applications," says the company in a blog post.

If you are a Creative Cloud subscriber using the latest releases, or a recent version, then your apps continue as normal and you need do nothing. This should mean that the majority of users are unaffected. However, up until now, if you pay your subscription you have been entitled to use whichever version you want -- and there are strong reasons to stay on older editions of Adobe apps.

Users may prefer to wait until any potential bugs are found and fixed in the latest edition, for instance. They may also be unwilling to risk a major update while they are in the middle of a project. Or users may well have chosen to stay on prior versions of the software because they don't want to have to update their Macs to get the best from the newest editions.
«12»