AppleInsider
Posted: May 22, 2019 10:16AM
in General Discussion edited May 2019
In a ruling handed in late Tuesday night, a federal judge ruled Qualcomm unlawfully suppressed competition by abusing its dominant power in the cellular modem business, ordering the firm to change how it negotiates and renegotiated its licensing deals. 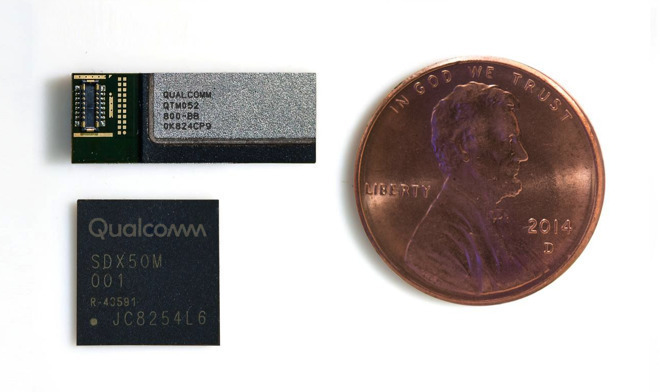 The U.S. Federal Trade Commission has won its anti-trust litigation case against Qualcomm. Judge Lucy Koh found the chip maker violated FTC Act ECF No. 1490 and has ordered remedies to do with how the company licenses its modem chips in future.

The full ruling from the U.S. District Court for the Northern District of California runs for some 233 pages, but FOSS Patents' Florian Mueller has highlighted a few salient points. Among the remedies offered by Koh are dictates targeting Qualcomm's dealmaking strategies.

"Qualcomm must not condition the supply of modem chips on a customer's patent license status," says Koh's ruling, "...and must negotiate or renegotiate license terms with customers in good faith under conditions free from the threat of lack of access to or discriminatory provision of modem chip supply or associated technical support or access to software."

Qualcomm must also make licenses available to modem suppliers "on fair, reasonable and non-discriminatory terms" and it cannot "interfere with the ability of any customer to communicate with a government agency about a potential law enforcement or regulatory matter."

The ruling follows the conclusion of the FTC vs Qualcomm case which had begun in 2017 and concluded this January.

There has been no comment yet from either Qualcomm or from the U.S. Department of Justice which recently requested that Judge Koh's ruling "should work as little injury as possible to other public policies."

This FTC case is similar to the legal battles between Apple and Qualcomm, but those were all abruptly settled earlier this year. Apple's only public comment was Tim Cook saying that their settlement had been importantfor both companies. However, it was later revealed that Apple paid Qualcomm between $4.5 billion and $4.7 billion as part of the settlement.

FTC v. Qualcomm Findings of Fact and Conclusions of Law by Mikey Campbell on Scribd