AppleInsider
Posted: May 23, 2019 4:24PM
in General Discussion edited May 2019
U.S. Senators Ron Wyden (D-OR) and Rand Paul (R-KY) have reintroduced a bill that would block the government from searching iPhones, MacBooks, and other devices at the border without a warrant. 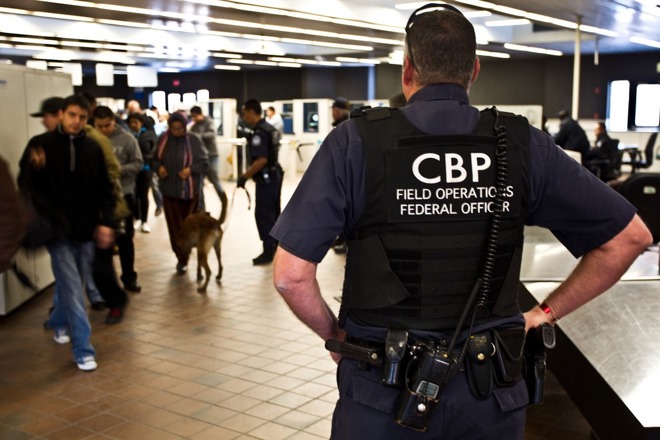 The bill is called the "Protecting Data at the Border Act," and co-sponsored by Senators Ed Markey (D-MA) and Jeff Merkley (D-OR). Another Democrat, Ted Lieu, will be introducing a companion bill in the House.

"The border is quickly becoming a rights-free zone for Americans who travel," Wyden said in a statement to AppleInsider and other venues. "The government shouldn't be able to review your whole digital life simply because you went on vacation, or had to travel for work."

The Wyden-Paul legislation cites a Supreme Court case, Riley v. California, in claiming that people have "extraordinary privacy interests" in devices like smartphones.

Customers officers would be required to inform people of their rights before they can consent to seizure or giving up information about online accounts.

The bill's prospects are uncertain. A previous version failed in the last session of Congress, since it couldn't get co-sponsors aside from Markey and Merkley, The Hill noted.

One of the effort's supporters is the American Civil Liberties Union, which recently charged that Customs and Border Protection (CBP) and Immigration and Customs Enforcement (ICE) are "asserting near-unfettered authority" to search and seize devices such as iPhones from anyone at points of entry. The organization is suing both agencies on behalf of a number of alleged victims, and recently received a complaint from Andreas Gal, an Apple employee.

Gal was reportedly questioned about his work, including online privacy advocacy, and asked to turn over passwords for his phone and computer. He asked if he could talk with Apple or a lawyer in order to address an Apple non-disclosure agreement, but was rejected and threatened with prosecution. He was only able to pass the border by surrendering his Global Entry card used to expedite screening.