AppleInsider
Posted: June 14, 2019 11:27AM
in Apple Watch edited June 2019
O2 has become the latest carrier in the United Kingdom to offer the LTE-equipped version of the Apple Watch Series 3 and Series 4 to its customers, making it the third to offer contracts for Apple's wearable device. 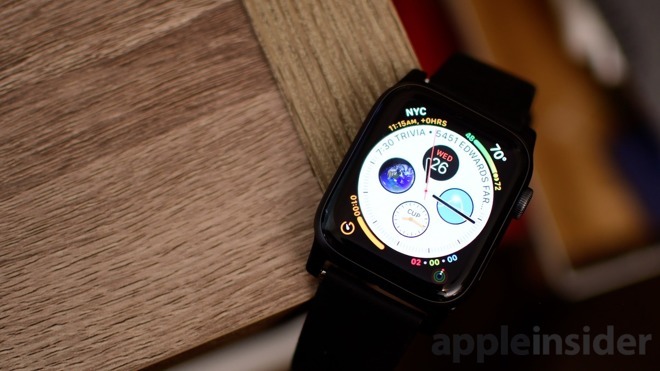 The Telefonica-owned carrier O2 has updated its website proclaiming the sale of the data-enabled Apple Watch models through its store. The LTE models are being sold with their own data plans, allowing it to function on the network without relying on using a connected iPhone's data connection.

On the Apple Watch Series 4 side, O2 offers the 40mm and 44mm models with Sport Band, with the larger also gaining Sport Loop and Nike+ variants, along with a Stainless Steel option. Those models start from 20 upfront again, and from 19.50 pounds ($24.64) per month.

As part of the sale, O2 is discounting the first six months of airtime to no charge at all, then it will increase to 5 pounds ($6.32) per month. The plan is an add-on to an existing mobile contact the customer has with O2, rather than being a completely separate element.

O2 is the third to offer the Apple Watch LTE to consumers, following behind EE and Vodafone. Of the main four mobile networks in the UK, Three is the only one not to sell Apple Watch-specific data plans, and does not appear on Apple's list of compatible carriers.