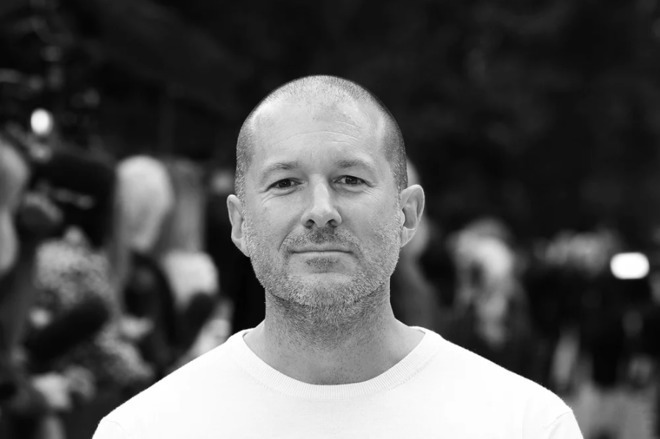 Announced by Apple on Thursday, Ive, who is credited by many with sparking a revolution through his iconic electronic device designs, will step down later in 2019 to pursue a new private venture.

"After nearly 30 years and countless projects, I am most proud of the lasting work we have done to create a design team, process and culture at Apple that is without peer. Today it is stronger, more vibrant and more talented than at any point in Apple's history," Ive said. "The team will certainly thrive under the excellent leadership of Evans, Alan and Jeff, who have been among my closest collaborators. I have the utmost confidence in my designer colleagues at Apple, who remain my closest friends, and I look forward to working with them for many years to come."

According to the Financial Times, Apple will be LoveFrom's first client when the design studio officially launches in 2020. Famed industrial designer Marc Newson, who collaborated on numerous Apple products starting with Apple Watch, will join Ive at LoveFrom along with "a collection of creatives" with specialties outside of pure industrial design.

"While I will not be an [Apple] employee, I will still be very involved -- I hope for many, many years to come," Ive said in an interview. "This just seems like a natural and gentle time to make this change."

To be based in California "for now," LoveFrom is expected to focus, at least initially, on wearable technology and healthcare, dovetailing nicely with Apple's ramp-up in those particular categories.

Apple CEO Tim Cook issued a prepared statement lauding Ive's work at the company. In what is likely a bid to temper concerns that Apple is losing one of its most influential employees -- and arguably its most famous behind late co-founder Steve Jobs -- Cook's conciliatory comments also recognize that Ive will continue to have a working relationship with the tech giant moving forward.

"Jony is a singular figure in the design world and his role in Apple's revival cannot be overstated, from 1998's groundbreaking iMac to the iPhone and the unprecedented ambition of Apple Park, where recently he has been putting so much of his energy and care," Cook said. "Apple will continue to benefit from Jony's talents by working directly with him on exclusive projects, and through the ongoing work of the brilliant and passionate design team he has built. After so many years working closely together, I'm happy that our relationship continues to evolve and I look forward to working with Jony long into the future."

Ive joined Apple in 1992 after consulting for the company at a design firm he co-founded called Tangerine. Following a handful of product launches, some more notable than others, Ive took the reins of Apple's design team in 1996 and quickly found a kindred spirit in Jobs when the late tech guru returned to the then-ailing computer maker in 1997. In 2013, Ive became Apple's SVP of Design, a catch-all title reflecting dual roles as chief hardware and human interface designer.

Apple named the already legendary designer CDO in 2015, at which time he took a more hands-off role on day-to-day operations to focus on the completion of Apple Park.

Though he returned to lead Apple's design team in 2017, Ive slowly receded from the spotlight. Once a staple of Apple keynote presentations, Ive's signature product design videos have been few and far between over the past two years, prompting rumors that a planned departure was underway. The latest Ive-narrated introduction, for the upcoming Mac Pro, was not shown at the computer's unveiling at this year's Worldwide Developers Conference, and was relegated to Apple's YouTube channel.

Apple has not yet designated a replacement for Ive. In the interim, design team leaders Evans Hankey, vice president of Industrial Design, and Alan Dye, vice president of Human Interface Design, will report directly to COO Jeff Williams.

Cook addressed Apple employees about Ive and Sabih Kahn's promotion to SVP of Operations in an internal letter, which was obtained by BuzzFeed News.

I'm writing to let you know about some changes to the ET involving two people who embody Apple's values and whose work will help define Apple's future.

I'm happy to announce that Sabih Khan has been named to the executive team as senior vice president of Operations reporting to Jeff Williams. Sabih has worked on every Apple product since the late 90s, always committed to delighting our customers while advancing quality, sustainability and responsibility in manufacturing. His team makes possible some of the most beloved -- and most complex -- products in the world, and Sabih leads them with heart. I am thrilled to have him overseeing our supply chain.

Today, we also mark another important evolution for our company. After nearly 30 years at Apple, Jony Ive is starting an independent design firm which will count Apple among its primary clients and will depart the company as an employee later this year. Jony's contributions are legendary, from the central role he played in Apple's revival beginning in the late 90s, through the iPhone and perhaps his most ambitious project, Apple Park, where he has put so much of his energy and care in the past few years. I am proud to call Jony a friend, and those who know him know his ideas and curiosities are boundless. We will all benefit -- as individuals who value great design, and as a company -- as he pursues his passions and continues his dedicated work with Apple.

Of all his accomplishments, Jony cites the team he helped to build as one of his proudest. His longtime collaborators, Evans Hankey and Alan Dye, are strong stewards of Apple's design ethic and creative culture. Collaboration and teamwork are defining features of Apple's success across the company.

Evans and Alan will report to Jeff Williams. As many of you know, Jony and Jeff have been close collaborators and partners for many years. In particular, Jeff's leadership in developing Apple Watch brought together a cross-organizational team, unprecedented in scope, to produce Apple's most personal device ever. This is what Apple does at its best: elevating a category beyond its imagined limits, and revealing how a single device can be so much more than the sum of its parts. I'm incredibly excited about the design team's work, both underway and yet to come.

Updated with Cook's letter to employees.