AppleInsider
Posted: July 2, 2019 10:44AM
in General Discussion edited August 2020
Supply chain sources claim Apple intends to make an exclusive China iPhone which will drop Face ID and instead use an under-the-screen fingerprint sensor. 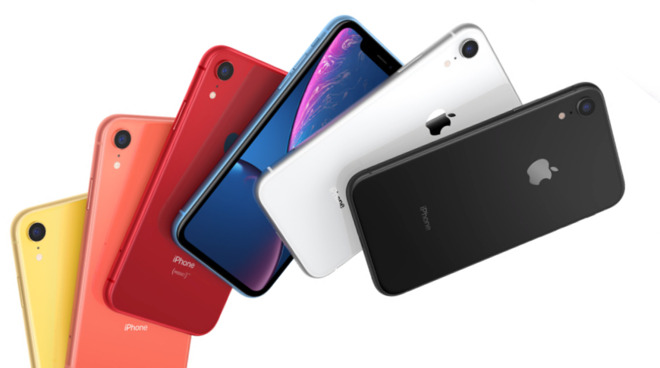 A selection from Apple's iPhone range

Sources within the supply chain are claiming that Apple intends to launch a new iPhone that is cheaper and made exclusively for customers in China. Following Apple's falling sales in the region, it's said that Face ID will be dropped to save costs, and a form of Touch ID using a new fingerprint sensor under the screen will be used.

China's Global Times says that sources claim the move is likely to "save on costs" and that omitting Face ID will be a significant saving. Reportedly the structured laser technology that is a significant component of Face ID, costs several hundred yuan. (Currently 100 yuan is the equivalent of $15.)

"Only Apple can afford [that]," the Global Times source said, "but that would also affect its sales."

It would not be the first time that Apple has made a modified iPhone for the Chinese market -- the company produced a dual-SIM model for the region. Former Apple advisors have also previously urged the company to make a China-specific iPhone.

This is the first time a specific rumor has surfaced, however, and there has been no supporting claim from the generally accurate analyst Ming-Chi Kuo. The Global Times has a poor track record on predicting Apple's plans.