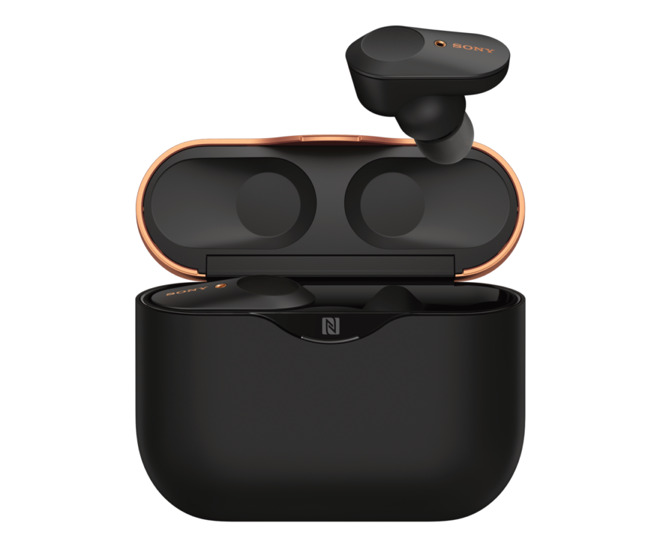 The buds use a new noise cancelling chip, the QN1e, said to be a more power-efficient version of the QN1 in Sony's popular WH-1000XM3 over-the-ear headphones. The company is also using a new Bluetooth 5 chip and "optimized antenna structure" to ensure maximum signal reliability. In fact both buds connect to the host device simultaneously, unlike many wireless rivals, in which one bud is just a satellite of the other.

Sony is promising 6 hours of on-bud battery life with ANC activated, and up to 24 hours of use with an included charging case. Switching off ANC extends overall life to 32 hours.

Mac and iPad Pro owners may appreciate the case's use of USB-C. With or without an Apple device, a 10-minute charge is said to provide up to 90 minutes of audio.

Another similarity with the WH-1000XM3 is the use of touch gestures for commands like controlling playback, triggering Siri, and toggling ANC. Removing a bud will automatically pause music, and a "Quick Attention" mode will let people briefly hear ambient sound. 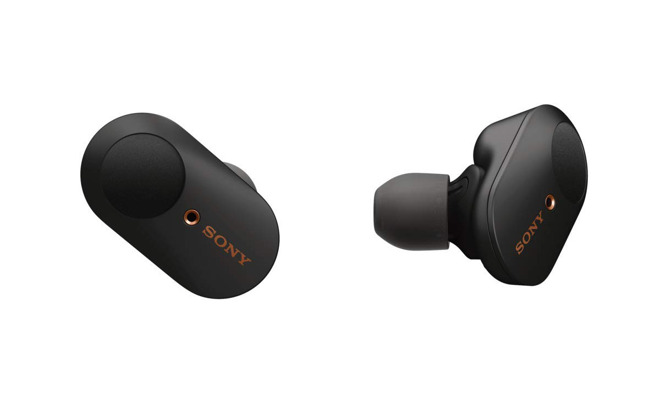 Like AirPods, the Sony buds aren't officially sweat- or water-resistant.