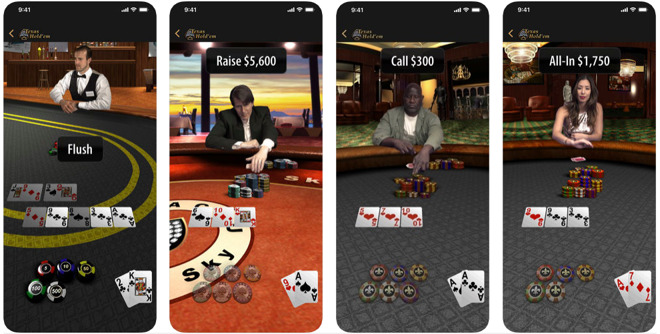 The remake was created to mark the 10th anniversary of the App Store, Apple said. In reality the App Store premiered in July 2008, for which "Texas Hold'em" was upgraded and released as one of the first 500 titles. The game's last update -- version 1.1 -- dates back to Aug. 31 that year.

Its new incarnation includes overhauled graphics and characters, 10 backdrops, and the ability to duel up to 8 other people over Wi-Fi. Players can also switch between first-person and top-down views.

The changes mean that while "Texas Hold'em" is still a free download, it's now sized over 1.5 gigabytes, and requires an iPhone or iPod with iOS 12 or later.

While Apple is not known for releasing games under its name via the App Store, it is the second such launch from the iPhone maker this year. In May, it released Warren Buffett's Paper Wizard as a free game in partnership with the investor mogul.

Apple is also expected to make a bigger splash in the mobile gaming market with Apple Arcade, a subscription service that will offer more than 100 games to users that is set to launch this fall.