Are your iPhone or Apple Watch alarms not going off? Here's how to fix it

AppleInsider
Posted: July 14, 2019 7:02PM
in General Discussion edited October 2020
If you've never had this problem, we're not surprised because it is really rare. However, we also envy you tremendously, because when you do get it, it is extraordinarily inconvenient. As yet, Apple has no fix for it -- but we do have a workaround. 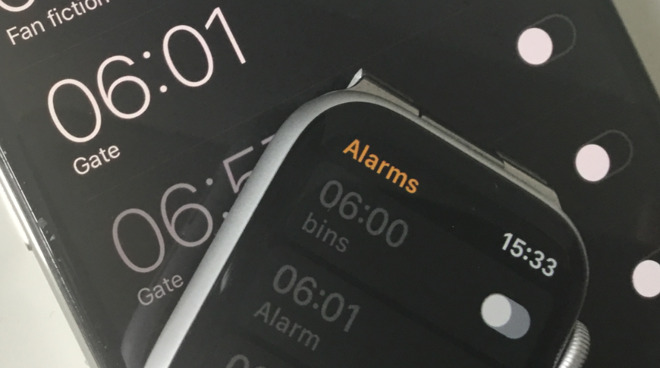 We use our alarms a lot. And they don't always work.

There are untold millions of iPhone and Apple Watch users who have no problems with their alarms whatsoever. Yet that's no help if you're one of the few for whom an alarm will occasionally just not sound.

So far, Apple has simply not got to the bottom of this years-old bug.

Nor have we, but after repeatedly getting it ourselves, we have developed a workaround. There isn't a solution, even when talking with Apple Support they haven't been able to find a fix. However, it is a workaround that has prevented us ending up with important alarms that simply haven't sounded.

If only to help anyone Googling for a solution as desperately as we have done, this is what happens, this is what goes wrong with Apple Watch and iPhone alarms.

There are two problems, which we believe are not related, but they have the same effect. One is on the Apple Watch and is particularly exasperating.

It's just that sometimes it hasn't done any such thing. 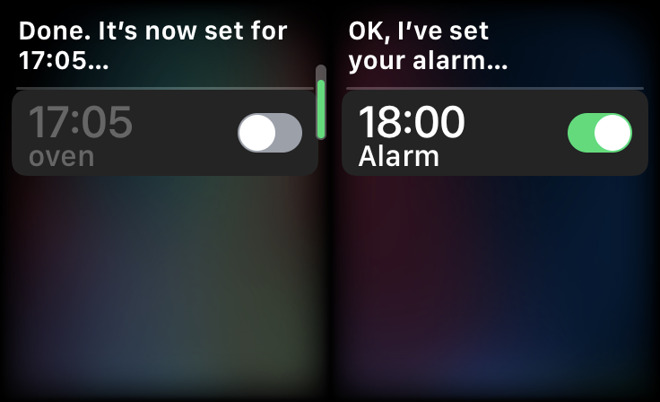 On the left, the alarm going wrong. On the right, what you should see every time.

When you do this on the Watch and you get that Siri response, you also get a line on the screen showing you the time of the alarm. Next to that is a typical on/off switch and of course it's switched to on.

Except when it isn't.

There are times when Siri says it has set the alarm, and it may even have entered the right time, but hasn't switched the alarm on.

We have suspected that the problem occurs most often if you are setting an alarm for a time you have previously had one. Once we even told Siri to "set an alarm for 5am called 'Stupidly Early,'," and it set it but the name was "Airport." Siri and Apple Watch had kept the name from when we previously set a 5am alarm, and it also failed to switch that alarm on.

Whatever the fault is, though, it isn't solely tied to any one thing. We can't reliably reproduce the error, and nor can Apple. It does seem more common with these existing alarms, but that could just be because we happen to set these same alarms often and so notice it.

Apple's advice to us, by the way, was to unpair and re-pair the watch to our phones, and to cycle off the "Hey Siri" feature on both devices.

It didn't appear to improve anything, but since the problem is rare, it's only when it fails again that we ever know if an actual fix has achieved much.

Alarms on the iPhone

The similar problem on the iPhone is, as far as we can tell, even rarer. We tended to get it quite often during the iPhone 5 and 6 days, and it's only come up once on our iPhone XS Max model.

In this case, what happens is that you set an alarm -- by Siri or by hand -- and everything looks right. If you go into your alarms, you'll see that the time is set and the alarm is switched on. 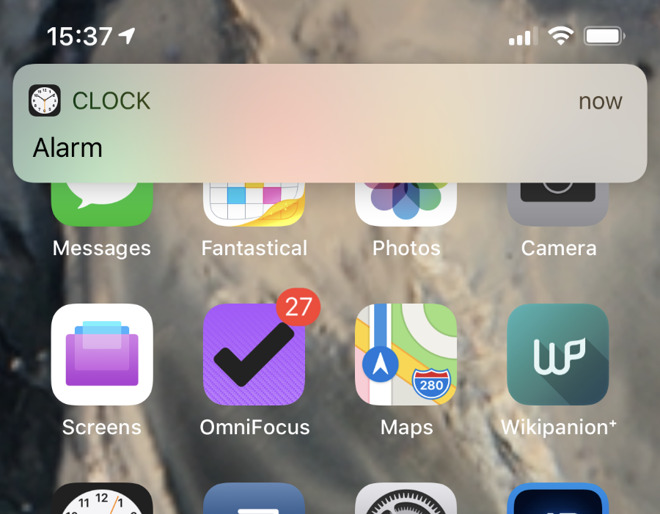 It's rare, but you can pick up your iPhone to see that the alarm is sounding and yet there's been no sound. It isn't your ears.

Yet the next morning, or whenever, nothing appears to happen.

We have now many times idly turned to our iPhones on the bedside table and discovered that we were late. What's more, we have discovered that the iPhone screen is showing us the alarm as ringing -- but there's been no sound.

First, you'll suspect your hearing, then you suspect the volume control, lastly you'll cross your fingers that somehow switching the phone to vibrate has done it, but no. At some times, for no repeatable or discernible reason, the iPhone alarm does not sound.

Do this. Every other day or whenever it enters your head, say to your Apple Watch "Hey, Siri, delete all my alarms." Wipe the list clean. You know you've already got twenty different ones in there, let them go.

And do the same with your iPhone, too. Just every once in a while.

Then whenever you set an alarm that's important to you, set it twice and use the one-minute-trick.

To use our iPhone's 5am example, we promise you this works. Set an alarm for 5am and then immediately set another one for 5:01am.

Let us be really clear here: we're not talking about snoozing, and we're not even really doubling up on the alarms. For some reason, if you also set a 5:01am alarm, your 5:00am one will sound correctly.

Frankly, that's less a fix and more like alchemy. But it works.

It works on both iPhone and Apple Watch and until Apple squashes this years-old bug in iOS, it's what we do with every important alarm.