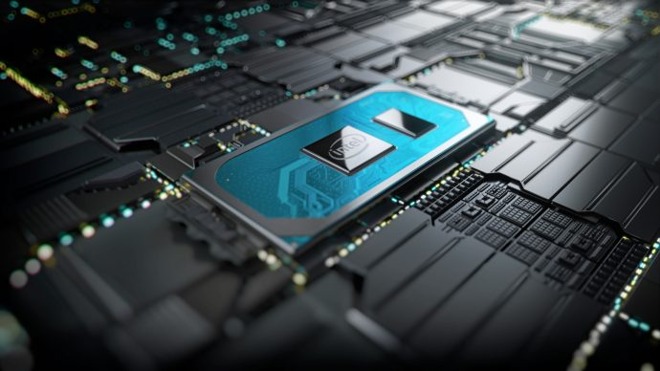 The 10-nanometer laptop chips are designed for better board integration, and in fact include native support for technologies like Wi-Fi 6 and Thunderbolt 3. That should allow them to keep up with Apple's demands for growing performance in compact systems like the MacBook Air.

The initial batch includes 11 chips in total, split between U- and lower-end Y-series processors. At the bottom of the list is the Y-series Core i3 1000G1, a 1.1-gigahertz dual-core chip with UHD Graphics, a 4-megabyte cache, and Turbo speeds up to 3.2 gigahertz.

At the peak is the U-series Core i7-1068G7, a quad-core unit with an 8-megabyte cache and 2.3-gigahertz base speed, able to ramp up to 3.6 gigahertz across all cores. Single-core boosts can reach 4.1 gigahertz. 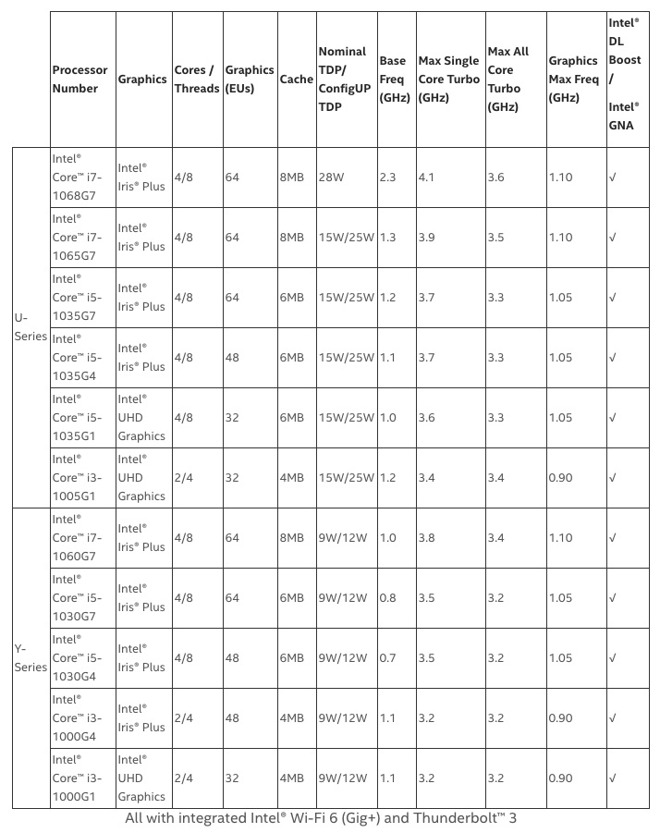 The company is switching to a new naming scheme as well, seen below.

Apple has already updated the MacBook Pro and MacBook Air this year, but is rumored to be preparing a 16-inch Pro for launch in October. That computer may effectively replace the 17-inch Pro, which was discontinued in 2012.