AppleInsider
Posted: August 6, 2019 2:03PM
in General Discussion edited August 2019
Changing FileMaker, Inc's name to Claris shows a certain awareness of Apple history, but possibly not a very complete one. If you've been around Apple for a long time, you're likely to have fond memories of the application suite ClarisWorks. Yet if you've been around for even longer, you'll know that Claris has a complicated relationship with Apple. 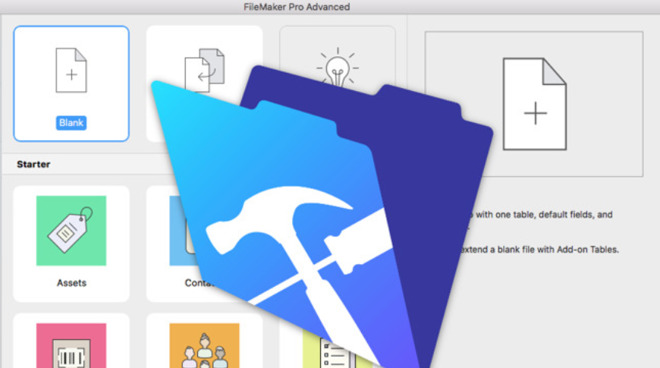 While the company is rebranding as Claris, the FileMaker Pro app keeps its name

The eponymous company behind the database and app development software FileMaker Pro is rebranding by returning to its previous identity as Claris International. At the same time, the company introduced a new service called Claris Connect, which helps company bring together data from multiple sources into a single interface.

"Nothing better encapsulates the company's mission to empower the problem-solver with smart solutions that work for their business," he continued.

The new Claris Connect service comes from the company's acquisition of Stamplay, a firm that sells software that integrates businesses' legacy databases and information stores into one new system.

"With the integration of Stamplay," said Freitag, "our customers can unlock their data across hundreds of cloud services, bringing even more utility to their apps. 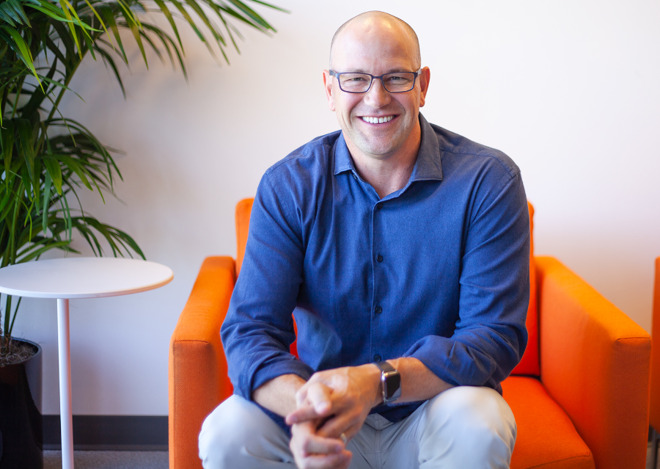 Claris Connect is launching in a limited release later this year and will be more broadly available in 2020.

We go way back

FileMaker Pro is so established and so widely used that there are people who have spent their entire careers creating and maintaining database solutions in it. Yet even those people would be forgiven for forgetting that the company is an Apple subsidiary.

That's partly because these days it is equally a Windows firm. One of the key features of FileMaker Pro is that the app is precisely, to the pixel, the same on Windows and Mac. You can run the same database on both platforms, and you can run them simultaneously.

There may also be an element of the fact that this child has always wanted to break away from its parent, and it nearly succeeded. 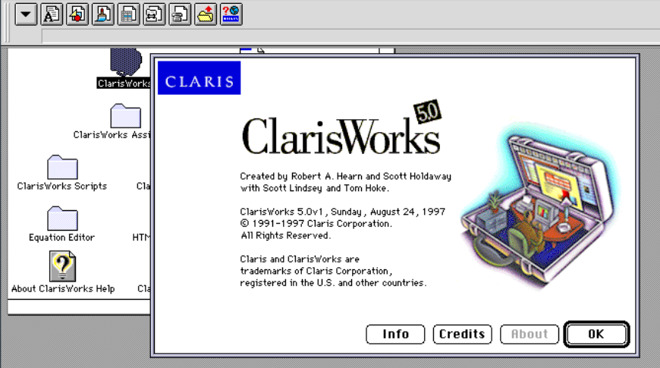 Claris was formed specifically to take over the software that Apple had developed for the original Mac. When that Mac came out in 1984, there was no other software for it, so Apple developed ones itself, such as MacWrite and MacPaint.

These were meant to mean that customers could use their Macs right out of the box, but they were also a kind of reference tool to show other developers how software worked on this brand new type of computer. However, these existing apps were sufficiently good that other developers struggled to compete with them. It's hard to justify paying more for a third party company's word processor, for instance, when there's one already in the box.

That's an issue that still causes problems today, but while now Apple will cheerily Sherlock another firm's apps, back then, it tried to be kinder.

In 1986, Apple stopped bundling MacWrite and MacPaint with the release of the Mac Plus computer. And then in 1987, it formed Claris, its own third-party developer. Claris would compete on the open market alongside every other firm developing for the Mac.

Except it both was and wasn't a third-party developer. Claris was staffed by ex-Apple people and its products were all Apple software, not just MacWrite and MacPaint, but also ones such as Appleworks from the older Apple II.

It was planned to become more, though. It was planned that Claris would fully spin-off into being its own company, and right from the start it was going to be able to make Windows applications if needed. Before it could really get going as a separate third-party developer, though, but Apple changed its mind.

Rather than becoming this separate company, Claris stayed as a subsidiary of Apple. 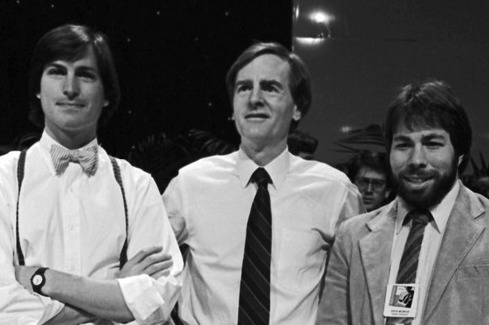 If it seems like semantics who actually owned the firm, it didn't to the Claris's management. Claris CEO Bill Campbell quit when John Sculley decided to keep the firm in house, and so did others.

Busy doing not much

Despite being part of Apple and having pretty much all of Apple's software other than the Mac OS itself, Claris didn't produce very much in terms of new products or even updates.

What it did do, though, was buy the software of another company. In 1988, Claris acquired Nashoba Systems and its main software, a database app called FileMaker. 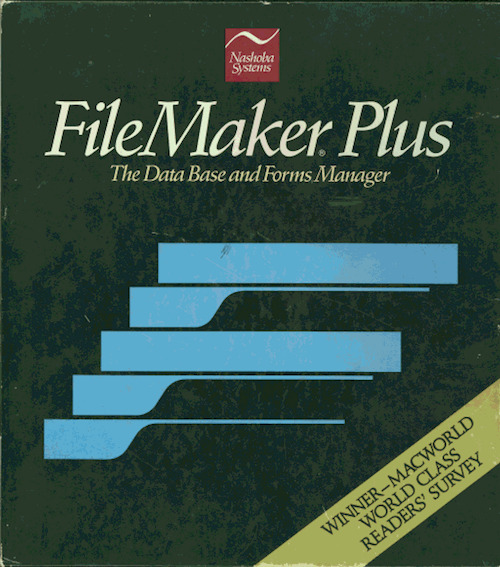 An early version of what would become FileMaker Pro (image: Philosophy of FileMaker)

So one year after being formed from the spare rib of Apple, Claris all but ignored its trove of Apple software. It bought FileMaker in 1988 and then in 1991, it created its own ClarisWorks.

Or rather, it didn't. Instead, two developers at Claris, Bob Hearn and Scott Holdaway, were reportedly so fed up of not having any new software to write, that they quit. They decided to leave the company and create a new integrated app. It was an amicable split -- Claris gave them equipment to help out -- and also an extremely smart one for the Apple subsidiary.

For in exchange for that equipment, the two agreed to give Claris a first-refusal deal if they ever decided to sell their new company. They soon did, and Claris then gained what would be known as ClarisWorks.

ClarisWorks fit the trend of the 1990s to have office and consumer versions of app suites. Rather than a bundle of major applications, you got one cheaper app that actually contained the features of several.

So ClarisWorks was a word processor, a spreadsheet, and a database. It wasn't as powerful as, say, Word, Excel or FileMaker, but it was good and popular.

For one low price, you got a remarkably powerful single application that could do at least most of you wanted. All such Works suites did well, and ClarisWorks is probably the reason the name Claris is remembered. It did well enough that Claris produced a Windows version, too.

There were other Claris creations, such as Claris Home Page, which was like an early version of iWeb, and let you create what now look like terrible web pages. And Resolve, a powerful spreadsheet, had its fans.

Come the mid-1990s, just as Apple was looking increasingly likely to die, Claris was losing key staff to other companies. Faced with keeping going, and trying to attract new software talent, Claris management decided to focus on its key asset.

And that wasn't ClarisWorks, not any more.

By now, FileMaker Pro, as it had become known, was proving to be a substantial success both on the Mac and on Windows. It's an app that lets you create databases to do anything from hold your contacts details like an address book, to running the personnel department of a corporation.

In 1998, Claris gave ClarisWorks back to Apple -- which re-released it as AppleWorks until 2007 -- and rebranded itself to match its sole product, FileMaker.

From 1998, FileMaker, Inc has remained a subsidiary of Apple, and it has produced a first-class app, which has consistently developed but ultimately not really changed.

For all that you can now do with FileMaker Pro -- such as making an iPad retail stock app that launches automatically when you walk into the warehouse -- it fundamentally works the same way it always did. 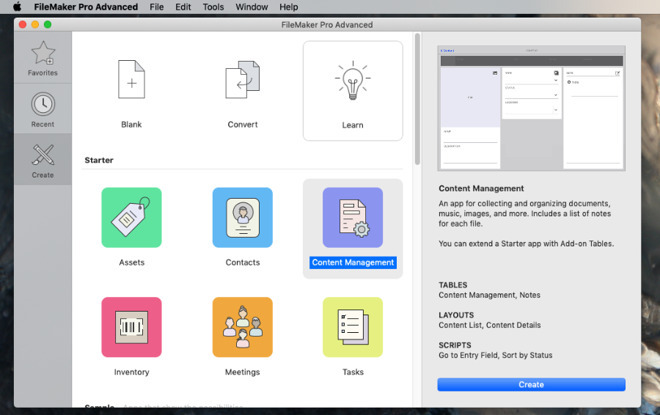 The world has changed around it, though. For the last few years, FileMaker Inc, as was, has been steadily dropping the word 'database' and using terms such as 'app development tool' instead.

In some ways, it's as if the world has caught up with FileMaker and how you could always use it to create your own apps or solutions to issues.

Yet in others, it's as if the software seems old -- because it is. Maybe there's an unthinking assumption that 31-year-old software is not meant for the modern, mobile app world, even though it absolutely is..

Whatever the reason for rebranding, changing FileMaker, Inc back into Claris, does hark back to the original aims of it having more than one product. It does make you smile if you remember ClarisWorks or if you can still recall 'Clarus,' the dog-cow icon from the old Mac dialog box.

Yet it does also ignore that Claris and Apple have had the strangest of on/off relationships, too.