AppleInsider
Posted: August 8, 2019 10:55AM
in iPhone edited August 2019
Russia has joined the list of countries taking a look at alleged antitrust law violations by Apple, this time, over removal of parental monitoring applications from the App Store. 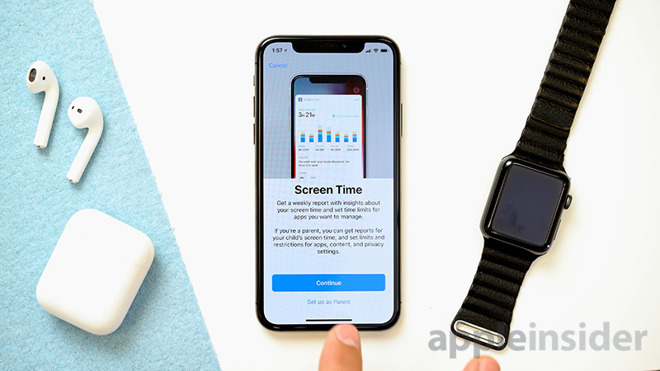 "From our point of view, Apple appears to be using its position as platform owner and supervisor of the sole channel for delivering apps to users of the platform to dictate terms and prevent other developers from operating on equal terms with it," Kaspersky said. "As a result of the new rules, developers of parental control apps may lose some of their users and experience financial impact. Most important, however, it is the users who will suffer as they miss out on some critical security features. The market for parental control apps will head toward a monopoly and, consequently, stagnation."

Apple has been removing many of the parental monitoring apps since the fall 2018 release of iOS 12, which not just contained Apple's own Screen Time routines, but also revised the terms of using Mobile Device Management (MDM) routines. Apple says that the pulled monitoring applications were using MDM intended for enterprise improperly, and in violation of the developer's rules.

Prior to app withdrawal, including in Kapersky's case, developers found to be using the MDM in violation of Apple's guidelines were given 30 days to fix the issue and submit an app update. Some did modify apps, losing some functionality in the process -- but others did not and had their wares removed as a result.

"Parents shouldn't have to trade their fears of their children's device usage for risks to privacy and security, and the App Store should not be a platform to force this choice," Apple said. "No one, except you, should have unrestricted access to manage your child's device."

In a Newsroom post in April Apple also denied claims that the removals are related to its own Screen Time feature.

"Apple has always supported third-party apps on the App Store that help parents manage their kids' devices," the company said. "Contrary to what The New York Times reported over the weekend, this isn't a matter of competition. It's a matter of security."

Reuters reports that Kapersky believes that Apple's App Store guidelines allowed for the company's use of MDM. However, the company also claims that it wasn't sure how to get Apple's permission to use it the way it wanted.

Apple is fighting antitrust allegations all over the world. In the United States, the bipartisan investigation by the House Antitrust Subcommittee aims to examine "platform gatekeepers" and "dominant firms," including how much control they have over their respective markets. At its launch, Chairman David N. Cicilline (RI-01) called the growth of monopoly power on the U.S. Economy "one of the most pressing economic and political challenges we face today," with market power of digital markets presenting "a whole new set of dangers."

In Europe, Apple also faces a complaint from Spotify via the European Commission over Apple's share of Spotify's subscriptions, as well as other obstacles that make it harder for streaming services to compete with Apple Music. For example, Spotify cannot replace Apple Music as the default service on Apple's HomePod, giving Spotify a disadvantage.