Apple Card opened up to more users ahead of official launch

AppleInsider
Posted: August 8, 2019 12:55PM
in General Discussion edited December 2019
Apple has increased the number of people who can sign up for Apple Card ahead of its official launch, with more iPhone users now able to apply for the credit card from their devices. 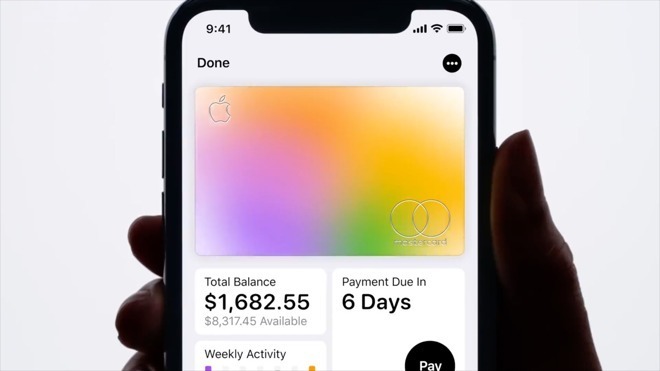 On Monday Apple started sending out invitations to a preview program for Apple Card, allowing a select number of customers to sign up and use the credit card before a public launch in the United States later this month. At the time, it was advised interested parties could sign up for notifications for when the card would be available for application in the future.

According to tips from AppleInsider readers, it appears that the application process is not limited to just those included in the preview program. Eight readers said that they were able to apply for the Apple Card from their devices on Wednesday and Thursday morning, without getting the invitation in advance.

Sources inside Apple not authorized to speak on behalf of the company confirmed the expansion to AppleInsider, and added that a full release is yet to come.

In both instances, the readers followed Apple's guide to signing up involving accessing the Wallet app, pressing the Plus button to add a card, and saw the option for Apple Card. After verifying their identity and providing other details relating to the application process, they were then approved, with one claiming it took "about 10 seconds" to go through.

The readers were also asked if they wanted a physical card, then after verifying their address, were informed they would receive their card in three to five days time. Apple Card, produced in partnership with Goldman Sachs, is a digital-first card, with the physical card allowing the service to be used with retailers that do not yet support contactless Apple Pay payments.

The card is open to US citizens or lawful residents aged 18 or over, are using an iPhone compatible with Apple Pay, are using the latest version of iOS, and can pass the card's background checks.

Along with the promise of a competitive interest rate, a considerable reduction of fees compared with other credit cards, and Daily Cash rewards for spending, Apple Card aims to offer a better customer experience, including showing spending habits within the Wallet app and highlighting how much and when a customer should pay what they owe.
«1234»