AppleInsider
Posted: August 19, 2019 5:19PM
in macOS edited August 2019
Continuing the newest round of developer betas for its milestone operating systems, Apple has provided participants of its beta program with a new sixth build of macOS 10.15 Catalina for testing. 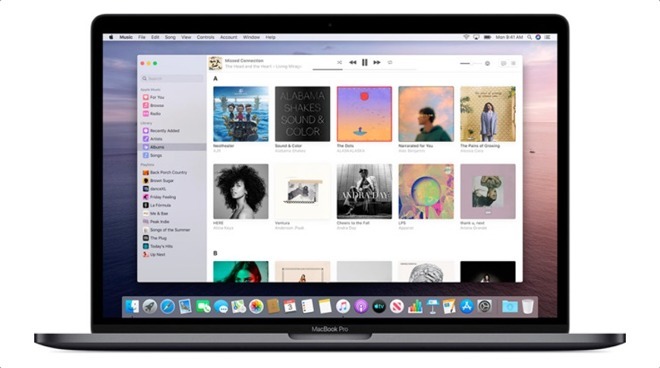 The new build can be dowloaded alongside others in the test program from the Apple Developer Center by participants in the scheme, or as a software update for Macs already enrolled in the beta program. Those taking part in the public Apple Beta Software Program will typically gain access to its own build very shortly after the developer variant is distributed.

As with the fifth developer beta, macOS Catalina lags behind the other OS beta releases. In the fourth beta round, Catalina was in fact provided one day ahead of iOS 13, iPadOS 13, tvOS 13, and watchOS 6.

It is also behind the other operating systems in terms of generation, as iOS 13, iPadOS 13, tvOS 13, and watchOS 6 are all on their seventh betas.

Both AppleInsider, and Apple itself, strongly suggest users avoid installing the betas on to "mission-critical" or primary devices, as there is a very small possibility of data loss, or other issues. Instead, testers should install betas onto secondary or non-essential devices, and to ensure there are sufficient backups of important data before updating.