AppleInsider
Posted: September 17, 2019 11:01AM
in iPhone edited September 2019
Apple announced that it has awarded Corning an additional $250 million from its Advanced Manufacturing Fund, bringing the total to $450 million. 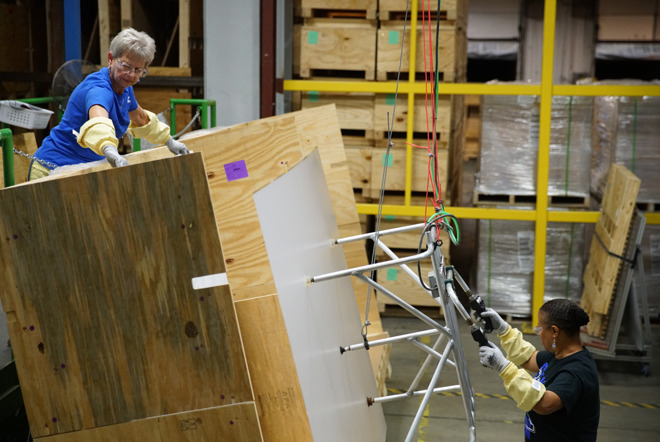 Apple has now invested over $1 billion in American companies from its Advanced Manufacturing Fund. This has depleted the entire $1 billion initial investment, and is starting to use the $5 billion it subsequently committed to spend. In addition to the $450 million now awarded to Corning, Finisar has received $390 million, and the Elysis aluminum partnership has been granted $10 million.

"Apple and Corning's rich history dates back more than a decade, and our partnership revolutionized glass and transformed the technology industry with the first iPhone," said Jeff Williams, Apple's chief operating officer. "This award underscores Apple and Corning's shared belief in the vital role that ingenuity plays in creating industry-leading products, and the pride that both companies take in applying American innovation and advanced manufacturing to solve some of the world's toughest technology challenges."

Apple says that every generation of iPhone has used Corning glass, including the iPhone 11 and iPhone 11 pro.

"We're proud of what we've achieved through our collaboration with Apple, and excited by the new opportunities this additional investment creates," said Wendell P. Weeks, Corning's chairman, chief executive officer and president. "This Advanced Manufacturing Fund award will allow us to develop groundbreaking new glass innovations, while also expanding our manufacturing capabilities. Most importantly, our ongoing collaboration allows us to create vital new capabilities for end users and continue pushing the boundaries of what is possible well into the future."

Apple CEO Tim Cook announced the fund on May 3, 2017. The fund goes beyond Apple's $1 billion investment in SoftBank's Vision Fund, a $100 billion resource created to accelerate the development of technology around the world. Some $50 billion of the Vision Fund will be directed toward U.S. endeavors.