A big conference on Micromobility is coming to Berlin, and Apple will be there

AppleInsider
Posted: September 26, 2019 3:52PM
in General Discussion edited September 2019
Analyst Horace Dediu was one of the first analysts to correctly recognize what Apple was accomplishing in mobile computing with the iPhone. He has recently focused on the future of personal mobility -- an area Apple has investigated in some depth, although the company hasn't yet revealed a clear strategy. On October 1, Micromobility Europe will discuss the state of the art in Berlin, and AppleInsider has learned that Apple will be in attendance. 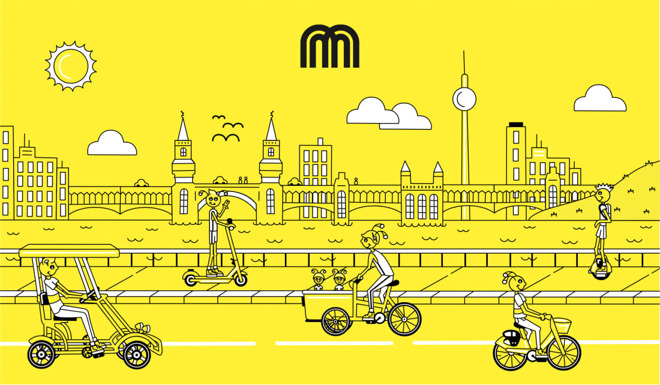 Dediu coined the term "Micromobility" to refer to the transformational global shift emerging as an alternative to large, single occupancy car use. From bikes to scooters to various forms of electric wheels, the subject of Micromobility will be the focus of a day-long event to be held October 1 in the German capital of Berlin, headlined by Dediu and James Gross, a co-founder of Micromobility Industries. The event's primary sponsors are Uber's Jump on-demand electric bikes and scooters; the Particle IoT platform for building and deploying connected products; and Spin, Ford Mobility's unit that pioneered the first stationless mobility program in the United States.

According to AppleInsider sources, Apple is sending "double-digits" of employees to the event. Multiple sources inside Apple not authorized to speak on behalf of the company say that the employees are being sent for "educational purposes" -- but declined to elaborate any further on the matter when pressed.

Apple itself isn't an event sponsor, but it is interested in the micromobility arena, with investments and research in regards to vehicle sharing. Plus, the continuing work on the Apple Watch in the personal mobility space with the Apple Watch ranging from Maps to automatic driving and navigation suggest that the iPhone maker could eventually make much larger moves into the world of Micromobility.

Billed as a full-day agenda of "talks, workshops, and networking opportunities with the most influential people in first-and-last-mile transportation," Micromobility Europe will take place at Radialsystem (below) on the bank of the Spree River near the East Side Gallery remains of the Berlin Wall. 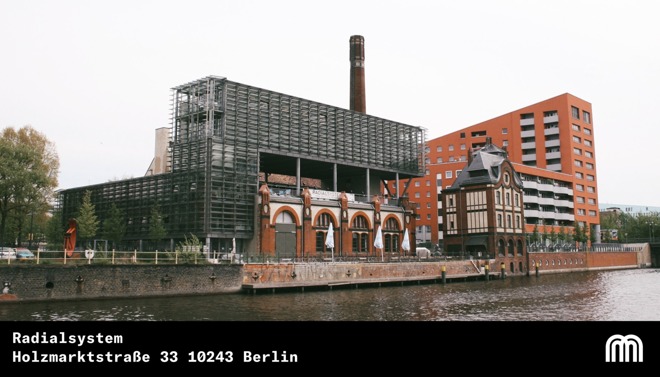 In advance of the conference, Dediu and his co-host Oliver Bruce on "The Micromobility Podcast" will host a live episode recording on Sunday at mobility incubator The Drivery. The discussion will look at the first year of scooter sharing in Germany and the next chapters of Micromobility adoption occurring across Europe.

The MME organizers are also hosting an early Sunday run at Museum Island in Mitte and a Critical Mass ride on Monday that welcomes attendees to bring their "bike, ebike, kick scooter, balance board, or some new device we haven't heard of yet" to explore through the capital on the way to drinks at Prater Garten biergarten.

On Tuesday, Gross will host an introduction to the day's events and Dediu will kick off MME with his keynote address "The Smartphone on Wheels," followed by a series of presentations and panel discussions hosted by industry figures across the Micromobility space.

In the Apple world, Dediu is best known for his analytical work at Asymco. Earlier this month, he published The Triumph of the Walled Garden, which examined Apple's rise in Services, noting that the company is on track this year to achieve the doubling of its Services performance from 2016 that Apple's chief executive Tim Cook originally aimed to accomplish in four years, not just three.