AppleInsider
Posted: October 3, 2019 1:10PM
in General Discussion
Apple is continuing to research how it can measure the health of a wearer non-invasively and conveniently, and continues to assess the utility of the Apple Watch band as a location for medical sensors. 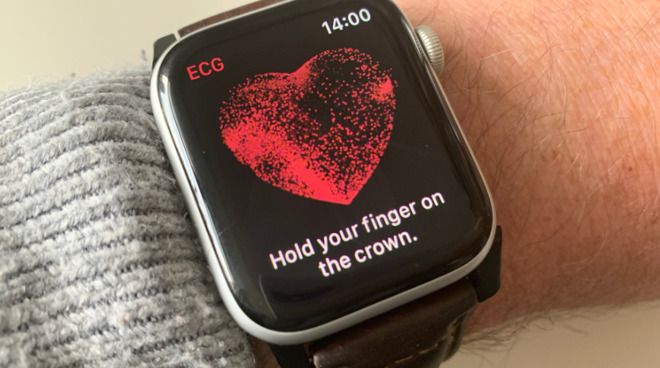 Apple's patent describes a band that could conduct, or assist, with ECG measurements, amongst other benefits

Apple has been developing a new activity band for the Apple Watch, and optionally other devices, that would be made of stretchable fabric, and conduct health measurements including blood pressure. A new patent shows the company also planning for the band to get its power wirelessly from another device.

The patent, titled "Fabric-Based Items with Stretchable Bands," describes methods in which circuitry may be utilized within such an item of wearable technology.

While the most obvious use for such a band would be a future version of the Apple Watch, Apple is careful to specify broader applications. 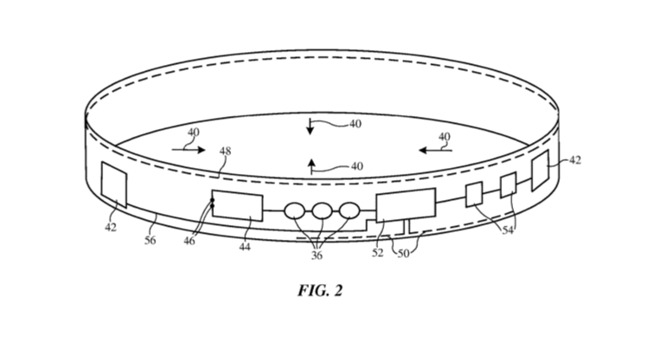 Claims within the patent also specify certain materials, including nylon and spandex, plus whether the band may have electrodes for its electrocardiogram sensor.

Apple's patent also notes that there are issues around any wearable technology and its reliability in regular use.

Consequently, Apple's patent details how such a band could survive any necessary cleaning.

"The fabric-based item may be configured to sustain relatively high temperatures such as those associated with laundering of clothing," it says. "For example, the fabric-based item may have supercapacitors for energy storage and other electrical components that can be laundered in hot water and dried in a clothes dryer without damage."

Third-party firms have previously attempted to produce Apple Watch bands that provide extra battery power, until changes in Apple's design made that impossible.