AppleInsider
Posted: October 4, 2019 11:49AM
in iPhone edited December 2019
Apple has reportedly increased the production of the iPhone 11 range by 8 million units year-over-year after heightened demand, according to sources familiar with the situation. 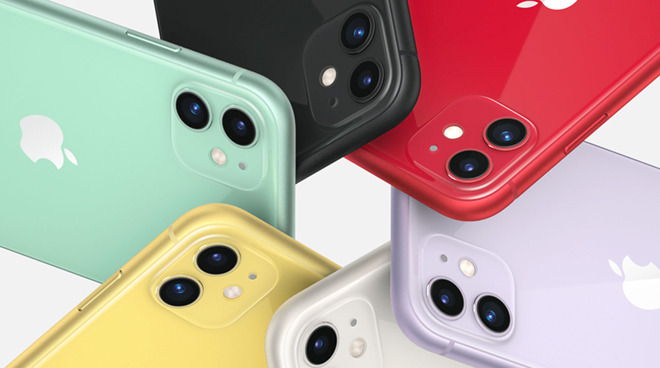 The higher demand may be attributed to the lower-than-average cost of the iPhone 11 line, which has brought in budget-conscious buyers. Apple's CEO Tim Cook has previously acknowledged that price is a factor, especially in countries like Japan and China.

"This autumn is so far much busier than we expected," a source told Nikkei Asian Review. "After the increase, prepared production volume for the iPhone 11 series will be higher compared to last year."

A source has indicated the increase in orders will be weighted more toward the cheapest iPhone 11 and iPhone 11 Pro models. Apple has also slightly reduced orders year-over-year versus the iPhone XS Max for the more expensive iPhone 11 Pro Max, which starts at $1,099.

Suppliers, however, would prefer if the company were to err on the conservative side, worrying that the higher level of orders might be unsustainable.

"Demand is good for now. But we have to be careful not to be too optimistic," an executive-level source said, "I hope that this year's peak season lasts longer than last year."

Yasuo Nakane, head of research at Mizuho Securities, revised his 2019 iPhone production estimates to 194 million, up from the 178 million he'd earlier assumed. Analysts at Cowen and JP Morgan have also revised their estimates.

The Nikkei Asian Review has a good track record on supply chain moves, such as this increase in order volume. It is not as accurate on product specifics, however.