Three episodes of AppleTV+ 'For All Mankind' coming on November 1

AppleInsider
Posted: October 16, 2019 10:04AM
in General Discussion edited October 2019
Apple debuted the alt-history drama "For All Mankind" on Tuesday night, and shared a few details about what to expect when AppleTV+ launches on November 1. 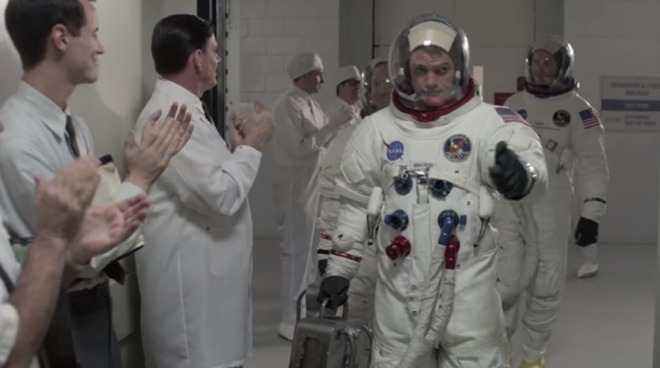 Apple premiered "For All Mankind" today at the Regency Village Theater in Westwood, California. Besides reiterating that the drama is coming exclusively to Apple TV+ on November 1, Apple also said that the first three episodes of the show will be available to watch concurrently when the Apple TV+ service launches.

Apple will be following a weekly release schedule until the entire run has aired. New episodes will continue to roll out weekly, every Friday.

Created by Ronald D. Moore, previously known for his work on "Star Trek," the reboot of "Battlestar Galactica," and "Outlander," "For All Mankind" is based on the what-if scenario of the Soviet Union beating the United States to land on the Moon. The failure to be first to Earth's satellite prompts NASA to further its development to become the first to complete other space endeavors, with the show telling the story from the viewpoint of the astronauts, engineers, and their families.

Moore is an Executive Producer for the show, working alongside Maril Davis, Matt Wolpert, and Ben Nedivi. The stars of the show include Joel Kinnaman, Michael Dorman, Wrenn Schmidt, Shantel VanSanten, Sarah Jones, and Jodi Balfour. 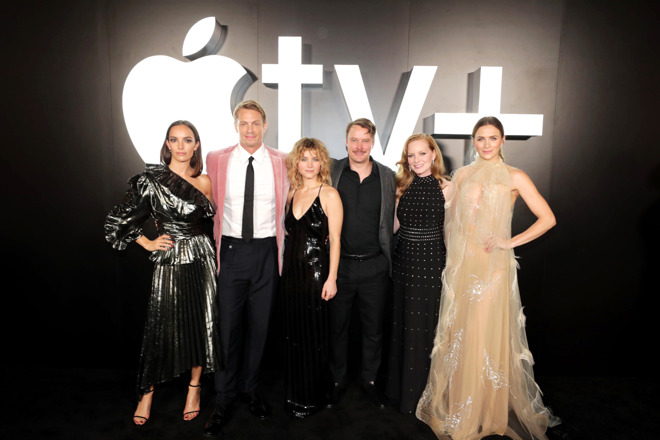 Rather than being limited to one country, Apple will be rolling out Apple TV+ to 100 markets at launch on November 1. Along with Apple devices like the Apple TV, iPhone, and Mac, Apple is also making the service available on third-party hardware, starting with select Samsung smart TVs. Purchasers of a new device in September and on will get a free year of the service.