AppleInsider
Posted: October 17, 2019 7:04PM
in iOS edited November 2019
'Minecraft Earth,' the iOS game bringing the popular block-based open-world building title to the real world, is now available to play in early access, with the rollout of the game starting in New Zealand and Iceland. 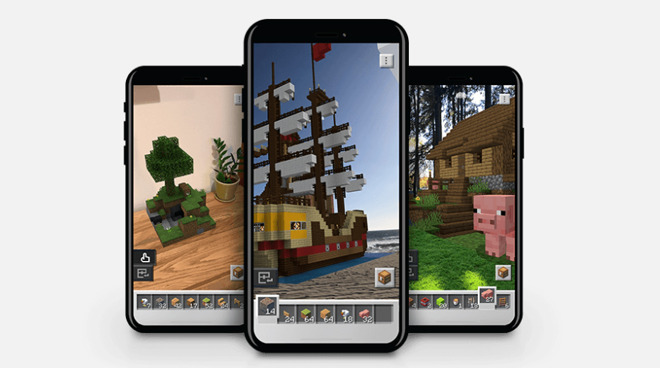 Announced via the official Twitter account for the game, 'Minecraft Earth' is opening itself up to players in two countries as part of a previously-advised early access period. The first two regions will be New Zealand and Iceland, with the developers advising new countries will be added to the list "soon."

"Minecraft Earth"is an augmented reality game that brings "Minecraft" into the real world. Players will be able to build structures that "overlap" with the real world when viewed on a phone screen. Other games, such as"Pokemon Go",have similar AR features.

Players will be able to create structures using materials they find and place them in the real world. Structures can be built at a small scale, but then later deployed at full-size, giving a new perspective to player creations. A collection aspect will be offered, with the option to breed new creatures that can be used to populate the builds.

Like the original "Minecraft," players will be able to collaborate on structure construction, and to team up for mini-adventures and battles.

"Minecraft Earth" will be available on devices that can run iOS 10 and up, plus Android 7 and newer versions.