AppleInsider
Posted: October 22, 2019 2:53PM
in General Discussion
Arlo is continuing to roll out its support for HomeKit in its devices, with compatibility with Apple's smart home platform now included in its Ultra security camera systems that pair with the Arlo SmartHub. 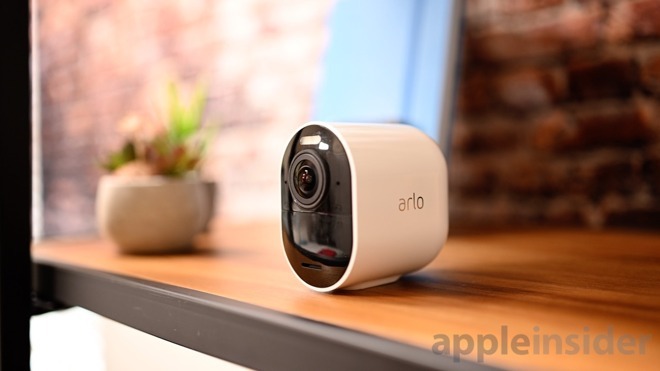 The Arlo Ultra security camera was previously able to be controlled by Arlo's companion app, but the addition of HomeKit support enables it to be controlled from within Apple's Home app on iPhone and iPad. The change is being made through an automatic firmware update that is free of charge and rolling out to all Ultra users.

Under HomeKit, users can receive movement notifications from the camera through the Home app. Along with being able to summon the live feed from the app, it is also possible to ask Siri to show the feed, allowing it to be viewed in a hands-free way.

HomeKit automations can also take advantage of the camera's capabilities, such as by triggering lights to switch on at certain times if motion is detected.

The addition of HomeKit support to the Arlo Ultra follows similar integration with other hardware from the manufacturer, including the Arlo Pro and Arlo Pro 2 systems in August. The recently-launched Arlo Video Doorbell does not have HomeKit support, and the company has yet to advise on when it will arrive, if at all.

The system starts from $399 for a one-camera setup, including a one-year subscription to Arlo Smart Premier, which provides 30-day rolling storage of cloud recordings and personalized detection of people, vehicles, and packages.