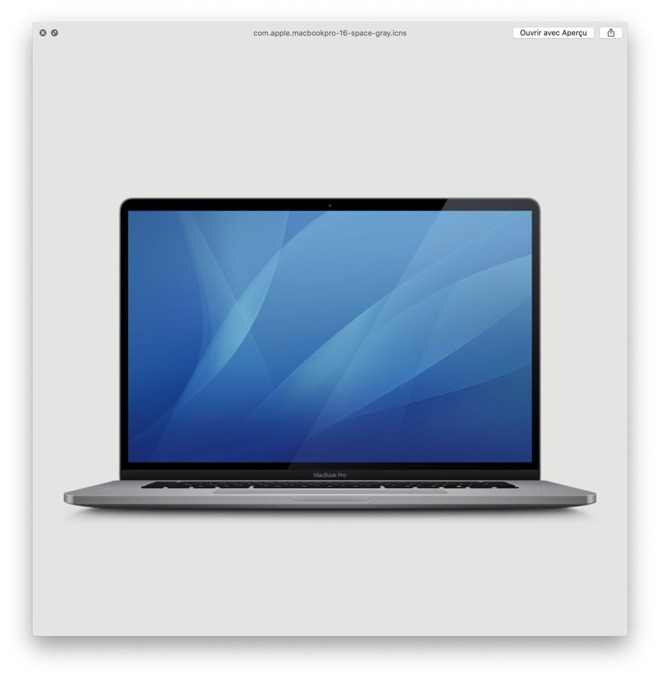 The image is not a photo of the new, rumored 16-inch MacBook Pro, but a rendering included in the macOS 10.15.1 release. This is not the first set of images of the as-yet unreleased machine, but the iconography discovered earlier in October has been stricken from the release.

Clearly shown is a discrete Touch ID next to the Touch Bar strip. It isn't clear what this implies in regards to the escape key -- which would be at the other end of the keyboard not shown in the image. But, the design of the Touch ID sensor suggests at least that the reinstitution of a physical escape key is possible.

Rumors suggest that the 16-inch MacBook Pro will be powered by an refresh of Intel's Coffee Lake-H mobile processor series. Apple currently relies on Coffee Lake-H silicon to power its 15-inch MacBook Pro lineup. A 96W USB-C power adapter is said to be included, and a new scissor-switch mechanism for the keyboard is predicted as well.

Production of the 16-inch MacBook Pro has reportedly already begun. The laptop was likely designed by Apple's pro product team, the same group that worked on the upcoming Mac Pro. If true, the Pro could benefit from custom hardware specifically designed to handle professional applications.