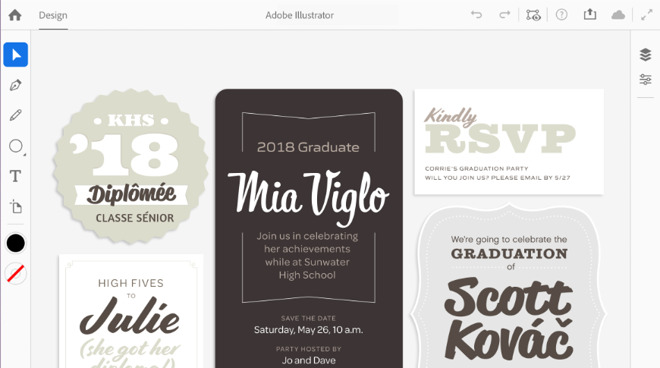 The major news for Adobe Illustrator users is that Adobe has confirmed it will be coming to the iPad some time in 2020. However, the new Mac version, Adobe Illustrator 2020, has multiple new features that are available now.

Adobe claims that large documents using multiple artboards will now save more than twice as fast as before. That saving now also happens in the background, so that you can continue working as your work is backed up.

One key tool that has seen an update is Path Simplification. As before, this takes a shape drawn with many anchor points, and reduces those in number while retaining the original shape or integrity. In Illustrator 2020, Adobe says that the feature is able to remove more points, making a path simpler to edit and also reducing the illustration's file size.

Then if you're an Adobe Stock user, you can place any image in your InDesign document and the app will show you similar alternatives from the library.

Adobe Animate 20.0 is less ubiquitous than InDesign or Illustrator, but it's received a substantial update to help it work with both. You can now export all or some of an animation to any supported video format.

Animate also has a revamped user interface which, tellingly, Adobe refers to as "touch-friendly," though it has stopped short of saying Animate will come to the iPad.

All of the updates to these apps are available now via Adobe Creative Cloud. Creative Cloud is a subscription service offering certain individual apps for either $9.99 or $20.99 per month, or a bundle of them all starting at $52.99 per month.